Learn how to apply relative strength analysis, which compares an individual stock to the performance of a broad market index like the S&P 500. 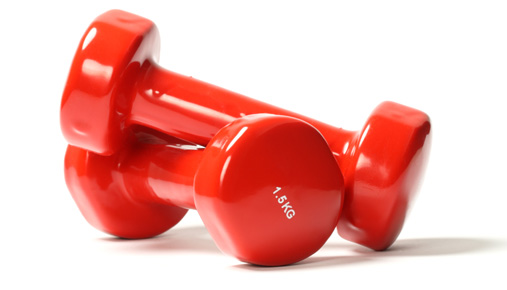 Some traders who use technical analysis can fall prey to the idea that profitability comes only from teasing and torturing indicators. And some may do it to such an extent that the indicators no longer retain their logic and can lose some effectiveness.

But when it comes to identifying opportunities in the stock market, sometimes the simplest solution can be effective. So let’s take a look at using relative strength as a technical indicator to help find potentially profitable stocks.

Relative Strength: It Means What It Says

One of the reasons relative strength is often overlooked is that it seems too simple. It’s not named after some obscure, long-dead technical analyst or an intricate mathematical theory. Its name is literal.

Strength, relative to something else (usually an index like the S&P 500 [SPX]), generally indicates that a stock may perform better (or worse) over a given period of time.

If you think about it, it makes perfect sense. The stock market is in a constant state of ebbing and flowing. That ebb and flow can be within bull markets or bear markets. And stocks that fall less in bear markets or rise faster in bull markets would naturally seem to be the stocks you might want to consider owning.

Let’s take a look at some examples of relative strength—both good and bad—to illustrate.

Looking for the Big Picture

XYZ displayed relative strength compared to the SPX from July 2015 to July 2016. Image source: the TD Ameritrade thinkorswim® platform. For illustrative purposes only. Past performance does not guarantee future results.

At the far left, you can see where both lines begin at exactly the same point. As you look to the right, across the window, you see how XYZ outperformed relative to the SPX over the past year.

This chart tells us that XYZ has consistently been stronger than the broader market. That strength accelerated in mid-March, as indicated by the upward-sloping relative strength line.

Figure 2 shows the relative strength of FAHN over the same time period and compared to the SPX. But notice that FAHN and its relative strength indicator shows a pattern that’s generally opposite to the one we just saw in figure 1. FAHN not only underperformed the SPX, but also got weaker in relation to it as the year went on.

FAHN displayed relative weakness compared to the SPX from July 2015 to July 2016. Image source: the TD Ameritrade thinkorswim platform. For illustrative purposes only. Past performance does not guarantee future results.

These two stocks show very different relative strength characteristics. One is relatively strong and getting stronger; the other is relatively weak and getting weaker. This would be good information for any trader or investor to have before entering a trade in these stocks.

Looking for the Change to Come

But perhaps one of the most effective ways to use relative strength is to help identify stocks that may be changing their tone, perhaps from bearish to bullish. You can see an example of this change in figure 3, which is a chart of ZYX.

ZYX displayed relative weakness compared to the SPX late in 2015 and early 2016, but matched the performance of the SPX from about April to July 2016. Image source: the TD Ameritrade thinkorswim platform. For illustrative purposes only. Past performance does not guarantee future results.

This stock dramatically underperformed the SPX at the start of the year, but then leveled off and was beginning to match it. This change in tone is a clue that ZYX might be about to enter a phase where it outperforms the market and thus warrants monitoring.

Simple, right? All of these examples looked at longer-term trends, but relative strength can be used for shorter time frames, too. It’s a straightforward but powerful indicator for both investors and traders.

Bollinger Bands: What They Are and How to Use Them 3 min read DIY Guide to Technical Analysis: Entries and Exits, Bounces and Breaks 3 min read How to Choose Technical Indicators for Analyzing the Stock Markets 5 min read