Nomad Retirement: Why More Retirees Are Living That #VanLife

Want to travel in retirement? Why not consider #vanlife? Learn about the benefits and potential costs of life on the road to help you decide if it’s a lifestyle worth pursuing. 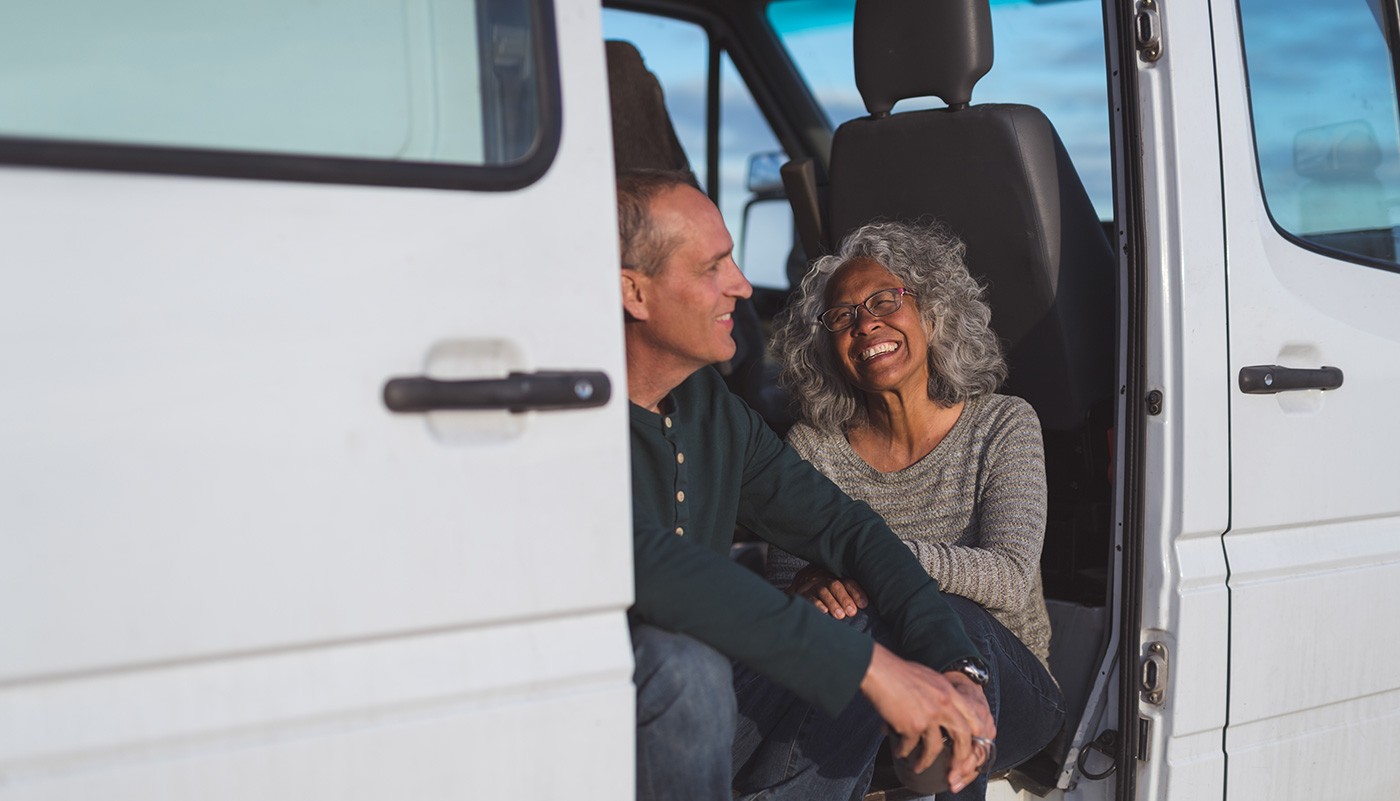 Looking forward to traveling more in retirement? You’re not alone.

Hitting the road is one of the top desires for new retirees. And many retirees or “unretirees”—those who treat this stage of life as a new chapter to do something different—are interested in road-tripping in a van or RV. Whether retirees are inspired by the hashtag #vanlife, which shows people of all ages converting vans into homes on wheels, or are looking to tour with a few more creature comforts in an RV, going nomadic seems romantic.

This view may be especially true in the time of COVID-19 and new social distancing norms. An article from the Wall Street Journal published on May 16, 2020 proclaimed “RV Vacations: The Safest Way to Travel This Summer,” citing strong demand for Americans to rent pop-top campers, vans, and motor homes for this summer. The story noted peer-to-peer RV rental platform Outdoorsy initially saw a spike in cancellations when states began to issue stay-at-home orders in March, but since then, the firm said daily bookings rebounded by 450%.

MMGY Global, a travel research firm, noted in findings of its mid-May Travel Intentions Pulse Survey that people who are planning on leisure travel in the next six months said they feel safest when traveling by personal vehicle and when visiting outdoor destinations such as parks and the beach.

This type of travel is tailor-made for van life.

A 2019 survey conducted by The Harris Poll on behalf of TD Ameritrade found that 87% of unretirees want to take a cross-country tour of the United States, and 58% are specifically interested in exploring van life or “RVing” in retirement.

Even in a pandemic, RV life makes hitting the road—while social distancing—possible. MMGY Global said that as people start to travel again, they may start with short-haul weekend trips.

And there are a lot of positives to the van life, even if unretirees don’t do it full time:

There’s a flip side, though—added fuel costs, specialized maintenance, and unnamed surprises you only discover while out on the road.

Confessions of a Road Warrior

The Goworowskis—Gene and Wilhelmina—started living the van life long before it was a hashtag. They spent more than 20 years road-tripping across the United States, finally giving it up in 2019. Their story is typical of RVers: start small, upgrade, add in an income stream, and eventually downshift.

In 1997, they started out driving a conversion van, wanting to see how they would like camping. The van had a bed and enough room to store the necessities for a few weeks on the road, but no facilities. “You had to go to campgrounds to use the public showers. The last time we did it, we were at a really nice campground right on the beach in Key West,” Wilhelmina said.

Their van-life trial made them realize they wanted more. By 2000, they upgraded to a fifth wheel, trading in the van for a pickup truck to pull the mobile home. It was essentially a junior one-bedroom apartment on wheels: a bedroom with a door, tiny bathroom, galley kitchen, and a small living area. That’s when they could travel the country more functionally. They drove the length of several interstate highways, touching most of the 48 contiguous U.S. states.

They spent several winters in the early 2000s at a campground in Texas, bopping into Mexico occasionally, meeting new friends and even picking up a lucrative side-hustle—jewelry-making. The new income stream brought in enough cash to defray many costs associated with travel, such as fuel, campground fees, groceries, and a few other expenditures.

They continued to travel across the country until about 2012, when they deposited the fifth wheel full-time at a campground in Florida. The stress of pulling the vehicle over the mountains was getting to Gene, as the truck and fifth wheel combined were 53 feet long and weighed 12,000 pounds when empty. Eventually, now both in their 80s, they sold the fifth wheel and truck and said goodbye to the nomadic life.

“We had been doing it for a long time already. It was a really comfortable life, but we’re getting older. And every time we went out, we had to clean and set everything up, then come home and do it all again. It just got to be a little bit too much,” Wilhelmina explained.

Costs Are Lower Overall, but Different

Even though the Goworowskis had to buy a van, then a heavy-duty pickup truck and a fifth wheel, plus plenty of fuel, they believe they benefited from significant cost savings over their 20-plus years on the road. For example, they prepared most of their meals in the camper rather than eating out in restaurants.

Unretirees can control other costs too. Some places to camp, such as Texas, can be quite inexpensive compared to, say, south Florida. Insurance can be high, but having good insurance is important—trailers and RVs can be particularly vulnerable in a storm. Fuel costs have plummeted in recent months, but they can still add up when you’re on the road a lot.

Bloggers at Gnomadhome.com estimate they spend about $1,800 a month on their much more barebones lifestyle.

For unretirees considering the van life, the Goworowskis offered a few tips and observations:

And the No. 1 thing to know about #vanlife, according to the Goworowskis? “You have to like driving. Really like driving. Both of you should be comfortable driving the vehicle,” Wilhelmina said.

In the time of the pandemic, #vanlife aficionados should be conscious of their health. If you don’t feel well, stay home rather than risk bringing possible infections to new areas. Bring supplies like face masks and hand sanitizer with you at all times, and be nimble. Sometimes campgrounds or sights you may want to see will be closed because of coronavirus outbreaks. Call ahead to confirm reservations.

Robert Siuty, a senior financial consultant at TD Ameritrade, agreed that traveling with a van or an RV can give unretirees more flexibility, perhaps allowing them to extend vacations or take last-minute trips. “It’s important that unretirees keep costs in mind,” he added. “There are the sunk costs people have no matter where they are, such as food and cell phone bills, but there are specialized costs as well.”

Siuty explained that unretirees need to have plans for this type of lifestyle, just as they would with any other day-to-day needs. It’s important to map out the destinations and associated costs. If that travel includes going beyond the United States to Canada, Mexico, or other countries in the Americas, know those areas too.

“You need to map this out, much as you would your financial plan,” he said. That includes exploring how much to save and what kinds of savings are priorities.

Unretirees may want to carve out a little extra money for emergencies too, depending on what type of travel they do.

“If you’re going to be doing something like RVing or vanning, you have to plan for some degree of the unexpected,” Siuty said.

TD Ameritrade and all third parties mentioned are separate and unaffiliated companies, and are not responsible for each other’s policies or services.
AdChoices