Beyond the Green: Happiness in Retirement Isn't Just About Money

For grandparents, retirement is not all about the money. They equate joy in retirement with time spent with loved ones. 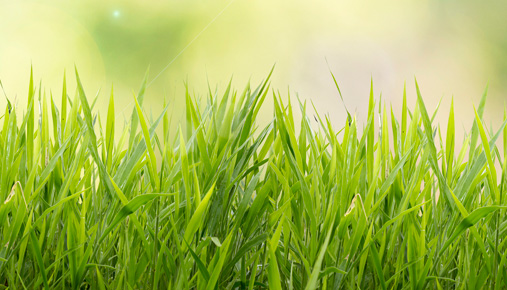 Many of us, perhaps inspired by the financial media, see successful retirement as a pot of gold at the end of a rainbow. Fill the pot to a certain level and happiness follows.

But actual experience suggests otherwise. Post-work contentment doesn’t necessarily depend on how much green you can pile up. Spending time with loved ones—grandchildren in particular—may bring the most joy, and as the old song goes, that’s something money just can’t buy.

Loved Ones Bring Most Joy

Travel—something so many people dream about before they retire—came in a distant third, with 21% of grandparents saying that was what would bring them the most happiness after work ended.

“For grandparents, retirement isn’t all about the money,” said Dara Luber, senior manager, retirement, TD Ameritrade. “They equate retirement joy with spending time with their grandchildren and spouse. This shows the importance of determining your wants, needs, and wishes. What are your wishes for retirement?”

The Sands of Priority Can Shift Once You Retire

In other words, if you’re someone who’s determined to save a certain amount—say $1 million—to fund your retirement dreams of traveling the world, it’s worth taking another look. Perhaps once you reach retirement age, domestic pursuits may seem more important than exploring the Amazon or taking a safari through Africa. 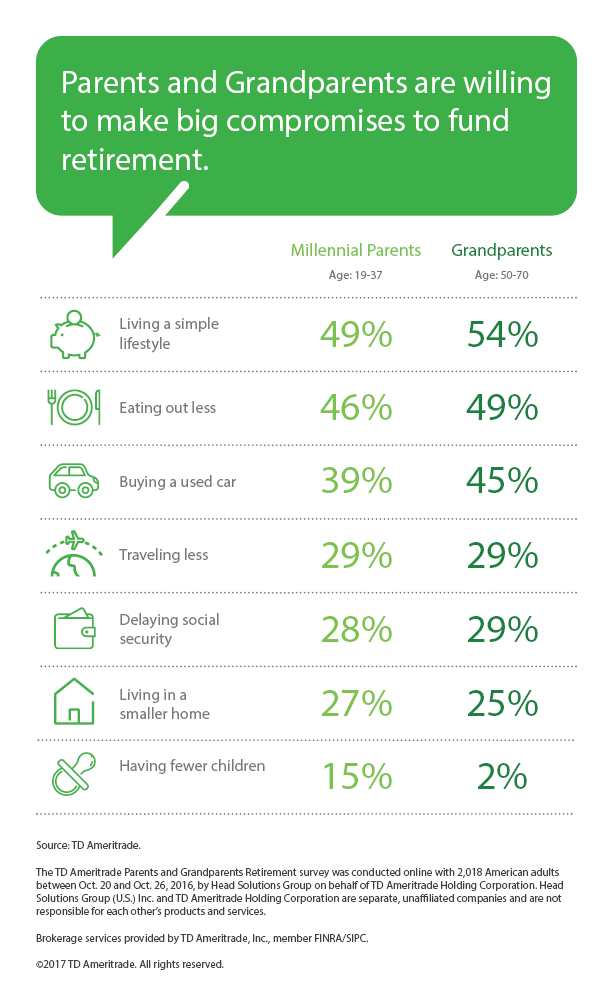 What does that mean from a fundamental standpoint? Well, some retirees find that they’d rather save their resources to help adult children put kids through college, give to charity, or find a way to bequest funds to their families rather than build a vacation home or buy an RV. Some retirees realize once they’re done working that their priorities have changed.

That’s why it can be helpful, even many years before retirement, to sit down with a spouse, significant other, or adult children and discuss your retirement goals and wishes. Once you have the basic needs taken care of, think about what those wishes might be and how you can fit them into your post-work lifestyle. Try to think with your future self, not just your current one. And remember to keep possible changing physical abilities in mind. One retiree may think he’ll spend 20 years playing golf and buy an expensive country club membership, only to find that after 10 years, health doesn’t permit this pursuit any longer.

If the lifestyle you might seek requires lots of travel to visit adult children and grandchildren, it’s not too soon to start thinking about how that might work for your finances. Perhaps it’s cheaper in the long run to consider a move rather than frequent cross-country travel. Or you might cut back spending on things that you may want but not really need, such as restaurants, club dues, or even premium cable service.

Nearly 40% of grandparents surveyed said they don’t feel too confident they could reach their retirement savings goals, but more than half would be willing to lead a simpler lifestyle to help make their retirement savings last longer. Many said they’re willing to spend less money on themselves, cut back on eating out and entertainment, retire later, or buy a used car instead of a new one.

“Retirees are making trade-offs in their golden years,” Luber said.

See if you are on the right path to retirement. Call us at 800-213-4583 to speak with a retirement consultant who can personalize a plan for you.