Think retirement is predictable? Actually, many retirees find their needs, wants, and wishes can change over time. It’s best to be prepared financially. 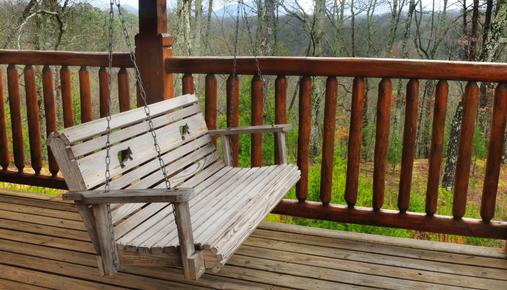 In the decades before retirement, those so-called “golden years” may seem like a calm oasis off in the distance where the years roll by with little change.

But that’s sometimes a mirage, many retirees learn. As people live longer, retirement can last 25 or even 30 years, and it’s rare for life to remain static over the decades. The birth of grandchildren; the death of a spouse; health issues, and supporting grown children can quickly make retirement seem turbulent. Often, such events require a new look at one’s financial strategy.

Here are a few quick examples of retirees whose goals shifted:

One middle-aged investor said, “Until their oldest grandchild was two, my parents had a vacation home in the mountains. But they sold it because it became too much. They felt like spending more time on weekends with grandkids and it became a lot for them to maintain both physically - the cleaning and maintenance - but also from the monetary side. It becomes expensive.”

For this couple, the retirement focus shifted from their long-term love of the country house to their new interest in grandchildren. That freed up some finances for other priorities, and now the couple takes regular trips a variety of places. They also spend some time each week caring for their grandkids. They’re happy, but it’s not what they expected at the start of their retirement.

One retiree, who was 82 when he lost his wife to cancer, occupied his mind by finishing a master’s degree in English. He ended up as one of the oldest recipients ever of a degree from his school. He was proud of his accomplishment, but he also had to re-focus his financial planning somewhat to pay for those semester hours.

With two-career families so prevalent, grandparents often get pulled into steadier child-care responsibilities to help out their grown children. Three in 10 millennial parents get help from “Grannie nannies,” according to the TD Ameritrade Millennial Parents Survey released last month. And those millennials often rely on another type of help as well, with 54% saying they received financial support from their parents in the past year, the survey found. Childcare responsibilities and becoming the “Bank of Mom and Dad” could certainly throw a wrench into retirement plans and retirement savings.

While no one can adequately plan for every possible event, here are some steps to consider:

Think More About Goals Before Retiring

Many investors spend their working lives planning for a dream retirement, and sometimes make big purchases like a boat or a vacation home to enjoy after quitting work. But the upkeep on such possessions can prove expensive, and a retiree may end up being physically incapable of using them. “Some people think they’ll be taking long driving trips, but at some point they may not be able to do it anymore, and they’ll need to use the money for health care and take vacations closer to home,” Luber said.

Investors who put together a written retirement plan typically are more likely to achieve retirement success than those who don’t, according to Kathy Stokes, Senior Adviser, AARP.

“A lot of people run into trouble because they don’t plan it out,” Stokes said. “Those who can afford a financial adviser can take advantage of that, and for those who can’t afford one, there are free online tools that can help.”

Remember, not all financial advisors charge fees. While Registered Investment Advisers (RIAs), Certified Public Accountants (CPAs), and financial planners do; brokers, and insurance agents typically don’t, and in these cases the costs tend to be related to product purchases.

How does one start a plan? Luber suggests putting together a list of wants, needs, and wishes. Accompanying that should be a list of how to pay for those needs, for example, through Social Security, a pension, or other income sources. The specifics of each may shift over time. Also, when planning, investors may want to assume that when they are early in retirement they may spend more on the wants and wishes, but as they get older, their needs, including healthcare, may shift.

Even with careful planning, it’s easy to end up not being able to meet one’s financial needs.

“I think the one shift that lots of people face comes with the reality they don’t have enough between savings and Social Security to meet their financial obligations,” Stokes said. “That shift forces people to rethink their retirement age (or consider other or part-time work in retirement), to rethink when to start taking Social Security benefits, and perhaps to downsize their home when they hadn’t expected to do that.”

So the lesson is be prepared to do whatever it takes if money runs short. Downsizing and part-time work can sometimes become necessary. It’s not pleasant to think about, but the fact that this can happen may cause investors to double down on their planning before the retirement date, and perhaps wait longer before accepting Social Security. And before putting away money for anything else, retirees should make sure they have emergency cash that’s easy to access, because life is full of surprises.

TD Ameritrade is separate from and not affiliated with the third parties mentioned above, and not responsible for their information, opinions, or services.