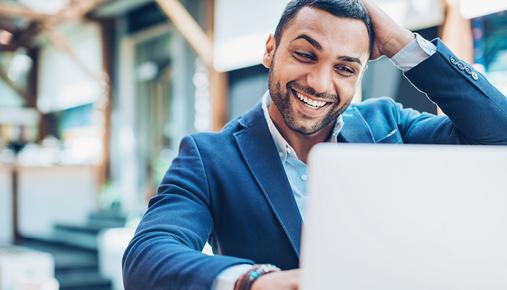 The government uses tax incentives to encourage specific behavior in certain sections of the economy. For example, some popular tax incentives—tax deductions and tax credits—are aimed at stimulating education and home buying, encouraging retirement savings and investment in public works, and boosting philanthropy.

If you haven’t finished up your taxes this year—they're due April 17, rather than the usual April 15, by the way—it’s important to remember that most of the changes to the tax code from the 2017 tax reform won’t kick in until you file your 2018 tax return in 2019.

Uncle Sam aims to encourage home ownership by allowing people to deduct the interest they pay on mortgages. Some proponents of the deduction suggest home ownership encourages stability, both in households and communities. Beginning in 2018, taxpayers can deduct the interest on up to $750,000 of mortgage debt. That's down from the previous cap of $1 million. And it’s not just houses that qualify: Condos, cooperatives, mobile homes, house trailers, and boats count, as long as they have sleeping, cooking, and toilet facilities, according to the IRS.

Thomas Jefferson once said, "An educated citizenry is a vital requisite for our survival as a free people." To help keep the population hitting the books, the government offers the American Opportunity Tax Credit and the Lifetime Learning Credit. With the first, you can get a credit up to $2,500 per eligible student per year. And if the credit brings what you owe Uncle Sam to nothing, you can get 40% of the remaining credit refunded, up to $1,000.

The Lifetime Learning Credit of up to $2,000 per year depends on your adjusted gross income, and you can’t claim it for a student if you already claimed the American Opportunity Tax Credit for that student. There’s also the option for a tuition-and-fees deduction that can reduce your taxable income by up to $4,000. But you can’t claim the deduction and a credit for the same expense.

In addition to these tax credits, the government also allows tax-advantaged savings plans such as 529 plans and Coverdell Education Savings Accounts. These plans allow investments to grow with federal taxes deferred.

In addition to Social Security, the government aims to help out retirees with tax incentives for saving for the post-work years. There are several types of retirement plans, so let's focus on two of the most popular: 401(k) employer-sponsored plans and IRAs. With the former, you generally fund the account with pretax dollars and don't pay Uncle Sam until you withdraw the money. These accounts lower your wages subject to federal income tax. IRAs are often used when an individual doesn't have access to a plan at work or wants to supplement their 401(k) contributions. The potential tax benefits vary depending on the type of IRA you select, traditional or Roth. And don’t forget about the Saver’s Credit. According to the IRS, based on your adjusted gross income, you might be eligible for this tax credit of 50%, 20%, or 10% of your contributions up to $2,000, or $4,000 if married and filing jointly.

Municipal bonds are a popular investment in the U.S., where “munis” make up a $3.8 trillion market, according to the U.S. Federal Reserve. To help encourage private funding of public works projects for counties, cities, and states, interest on muni investments is typically exempt from federal income tax. You also generally won’t pay state income tax on the interest if you live in the state where the bond was issued. However, there are cases related to your Social Security tax or alternative minimum tax status where munis can end up costing you more in taxes. So it’s important to do your homework.

For the Love—Charitable Donation Tax Incentives

To encourage philanthropy, the government allows substantial tax deductions for charitable donations. In most cases you can deduct up to half of your adjusted gross income, but for some cases, 20% or 30% limitations apply. Qualified organizations range from churches to nonprofit volunteer fire companies and even nonprofit cemetery companies. Those with a view toward posthumous philanthropy can consider charitable remainder trusts. These trusts provide retirement income in your later years, with the remainder going to charity after you die. They also reduce estate taxes and can mean qualification for a charitable income tax deduction.  Trusts are complex legal investments and typicality involve the assistance of specialized attorneys.

Trade for a Living: Mark-to-Market & Trader Taxes 4 min read Is the 1040-SR Tax Form Right for You? If You’re a Senior, It Could Be 5 min read Taxes Not Done? When to Consider & How to File a Tax Extension 3 min read

An investor should consider a 529 plan’s investment objectives, risks, charges and expenses before investing. The Program Disclosure Statement, available from the plan issuer, contains more information and should be read carefully before investing.

Investors should consider before investing whether their or their beneficiary’s home state offers any state tax or other state benefits such as financial aid, scholarship funds, and protection from creditors that are only available for investments in such state’s qualified tuition program and should consult their tax advisor, attorney and/or other advisor regarding their specific legal, investment or tax situation.

Interest income and capital gains on municipal securities may be subject to the Alternative Minimum Tax.