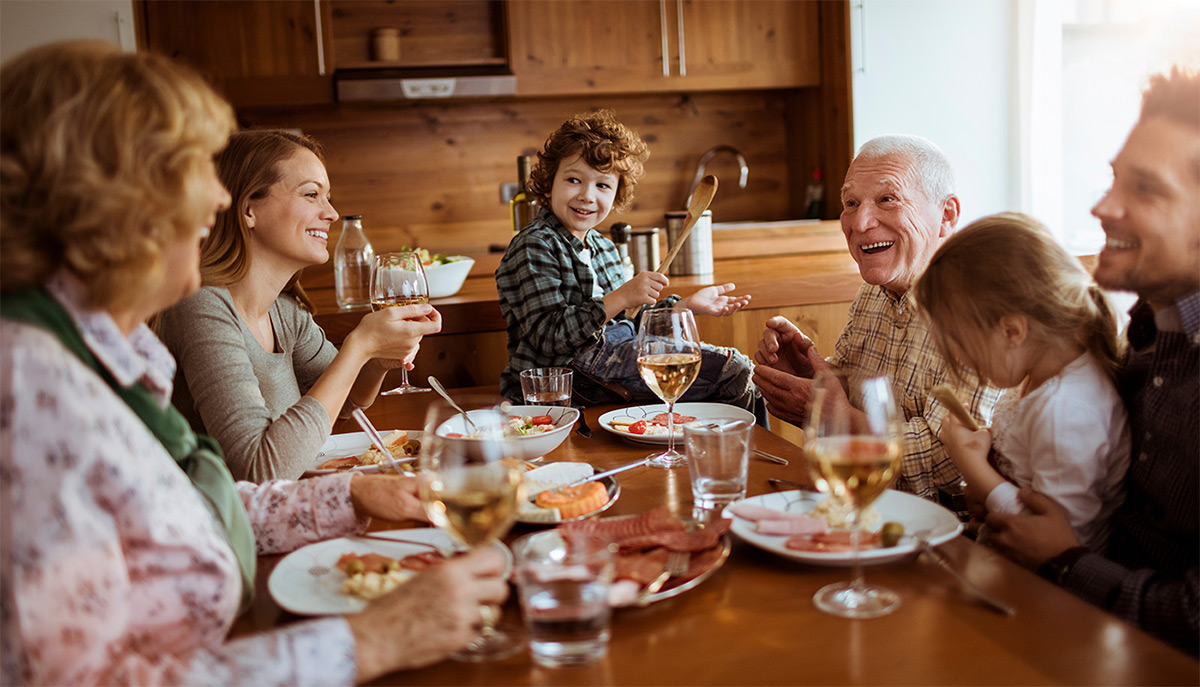 According to AARP, the percentage of adults living with another generation is the highest since 1980. Much of the increase is attributed to the growing number of Hispanic and Asian families in the U.S. There are a number of potential financial benefits, as well as some challenges, to multigenerational households, and to attempt to take advantage of this situation, financial advisors say it’s best to have a plan in place.

It’s important to have an outside third party, like a financial advisor, help navigate the initial discussions, says Jody King, director of financial planning at Fiduciary Trust. Setting the household financial plan up front can help minimize money arguments in the future.

How these discussions play out may depend on whether the members of the third generation are underage or adult children, King says.

If children are underage, it’s up to the grandparents and parents to discuss running the household, including how to share expenses, how to set saving and spending priorities, and other household financial issues. This is especially true if both adult generations have the financial ability to contribute, she says.

If the oldest generation is moving into the middle generation’s house, topics to address include any additional expenses with more people in the home or if renovations are needed.

“Lots of times [the older generation] is willing to contribute to renovations where they can, even though the house may be owned by [the second generation] and it could actually increase the value of the house,” King says.

There are no hard and fast rules on how to split the costs, since everyone’s situation is different and everyone’s definition of “reasonable” is different, she adds.

When there are underage children in the household, having an extra adult or two around can go a long way in helping to rear the youngest generation. Grandparents who are financially able to can contribute to 529 plans or other college savings plans, and grandparents who are physically and mentally healthy can help with childcare while parents are at work, leaving parents to focus on saving for children’s college and their own retirement, potentially easing the household finance burden.

“It makes for a smoother-running family. Part of planning is also that value transfer. A lot of times you see where [grandparents] would really like to tell their story or be able to transfer some of the things that they’ve come to value over their lifetime to [grandchildren]. By living in the home, that’s one of the great ways to do that because it’s not an occasional thing, and [grandparents and grandchildren] have a much stronger relationship,” King says.

It’s important to note, however, a multigenerational household may not be everybody’s cup of tea. If the different generations aren’t on the same page regarding the “ground rules" above, it could lead to stress under the roof. For example, to what extent should the grandparents be in charge of disciplining the grandkids? In many households, standards of discipline, and parenting in general, have changed quite a bit from generation to generation.

Also, who has domain over the common spaces—kitchen, living room (and the TV remote that comes with it), and so forth? Are there well-established “quiet hours?" And if one generation is expected to take on a larger share of the financial burden, are there strings attached, either agreed or implied?

Each of these challenges can be overcome, but again, communicating the plan up front may help prevent arguments and hard feelings in the future.

Returning to the Nest

Household money management will change if adult children move back home. King says discussions on what to fairly charge adult children for rent or other household expenses need to be had before they move in, and a financial advisor can be a helpful third party.

King says sometimes parents will spend that additional money on the household, but what she sees more often is that parents will try to save that rent money for their adult children and return it as a down payment for a home when the children move out. That’s especially the case if the adult children haven’t quite gotten the hang of balancing their own finances.

“Whether someone is 22 or 12, there are always teaching opportunities around money. Do that in a way that isn’t condescending, and in a way that’s appropriate,” King says.

An investor should consider a 529 plan’s investment objectives, risks, charges and expenses before investing. The Program Disclosure Statement contains more information and should be read carefully before investing.

Investors should consider before investing whether their or their beneficiary’s home state offers any state tax or other state benefits such as financial aid, scholarship funds, and protection from creditors that are only available for investments in such state’s qualified tuition program and should consult their tax advisor, attorney and/or other advisor regarding their specific legal, investment or tax situation.