Single and Middle Aged? Is It Time to Check Your Retirement Plan?

A recent survey shows that many middle-aged and older single people are less well situated for retirement than their married counterparts. Here are ideas. 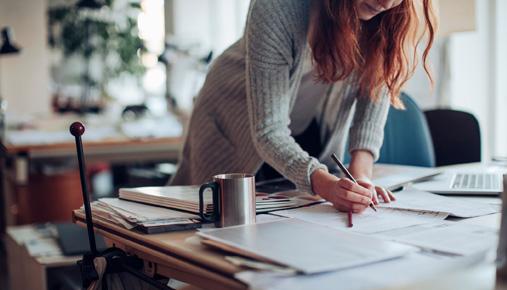 If you’re single and middle-aged, you might not be saving enough for retirement, a new survey shows.

Less than one-third of single Americans (29%) rate themselves as very financially secure, versus 43% of married individuals, according to a TD Ameritrade "Singles and Money" survey of 1,000 unmarried and 1,000 married adults ages 37 and older. The survey shows that 3 in 10 single Americans aren’t saving money for anything, versus just 17% of married Americans.

The survey also shows that singles are making less money, are more likely to spend their entire paycheck without saving, and are less likely to own a home than their married counterparts.

Because survey respondents were at least 37, this wasn’t a comparison of young people just out of college to married people, who conceivably would tend to be older and more financially secure. The findings show that married and single people who may be comparable from standpoints of age and work experience are in very different places financially.

“When it comes to retirement, many singles don’t feel they’re able to afford it,” said Dara Luber, senior manager, retirement, TD Ameritrade. “According to the survey, they’re clearly making less and saving less.”

Although the survey didn’t break down singles by status—meaning never married, divorced, or widowed—one thing that likely crosses all statuses and could make it hard for singles to save is not having another person to help with life’s key expenses.

“Generally speaking, two incomes are always going to be better than one,” said Robert Siuty, senior financial consultant at TD Ameritrade. “The gist of it is that married couples with dual incomes tend to have an easier time accumulating assets for retirement.”

If you’re single and struggling to save, both Luber and Siuty have ideas to consider. Some of their thoughts could apply to anyone trying to build a secure retirement, but others are more geared toward people who find themselves single, whether it’s planned or not.

Looking at the survey results, it isn’t just single people who often come up short on planning and saving for retirement. The survey shows that many married people are also struggling, although to a lesser degree. That said, single people should take special care to make sure they’re prepared, and many don’t appear to be doing so.

“At the end of the day, the important thing is to take action,” Siuty said. “Take the right financial steps now to put you in a better situation for future years. This is something that all folks should be mindful of, whether they’re married or single. The key is to start early and save often, and have a plan in place.”