Pet Food Stocks: Pet Care Is Big Business, and Millennials Are Buying In

Is your pet a member of your family? Learn how our love of animals makes for big business. 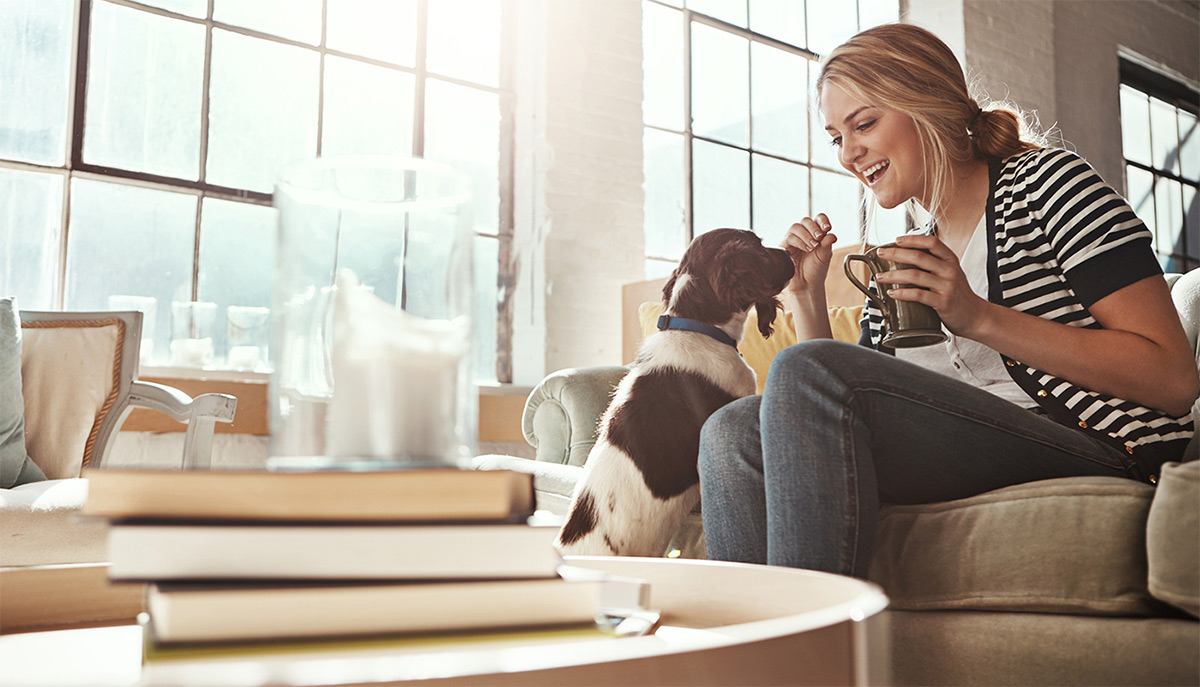 We all love our pets, and millennials are no different. But they’re also willing to show that love with a generous outpouring of cash.

All this love seems to have translated into big business for pet food stocks, pet industry exchange-traded funds (ETFs) and other pet investments. According to a March 2018 report from the American Pet Products Association, spending in the pet industry reached a record $69.51 billion in 2017, up 4% from 2016.

"When you have three fur babies at home, you end up spending A LOT of time and money on them," says millennial Markus Fort, Specialist, New Client Development at TD Ameritrade. But he sees it as a quality-of-life responsibility.

For millennials, our pets aren’t just animals—they’re family. Women are more likely than men to call their pet a “fur baby,” with 76% of women referring to their pet with this moniker, versus 58% of men.

The majority of millennials know that adopting a furry family member will affect their budget. In the survey, 54% say expenses are “about the same as what I anticipated,” although another four in 10 deem it “more expensive.”

Fort says he tries to ease the budget strain of owning multiple cats by buying the same food and litter each month. “Being a part of a rewards program for a major pet store allows us to take advantage of sales and special discounts from time to time due to our membership status," he says.

Regarding other pet care costs, Fort says he’s seen the horror stories of high vet bills, but at this point, he has decided against taking out pet insurance. “The vet visits that have been required haven’t hurt the wallet too much," he says, but he may spring for it once his fur babies get older and require more frequent visits to the vet.

Pets and Your Portfolio

Pet owners spent the most on feeding their four-legged family members, with spending on dog food specifically making up a majority of sales, according to the Pet Products survey. Interest in high-end, premium pet food and treats continues to be a key driver for increased spending in the pet food category, although as owners value-shop for these items, the growth in total food spending may slow.

"Although we have considered switching to an online store specializing in food, litter, and toys  in hopes to save a few bucks," says Fort, “we have not considered those pet box monthly product services."  He says he avoids them because “you end up spending much more on treats, toys, and food than you originally planned."

But with this kind of cash being thrown around, it may be no surprise that merger and acquisition (M&A) activity has ticked up recently in pet food stocks. According to trade magazine Petfood Industry, as of mid-June, at least 31 pet food companies and ingredients suppliers announced M&A plans.

Among some of the biggest pet care stock moves in 2018 were the General Mills (GIS) acquisition of Blue Buffalo pet food and the J.M. Smucker (SJM) purchase of Ainsworth Pet Nutrition. Also in 2018, Purina Petcare, a subsidiary of Swiss-based Nestlé (NSRGY), announced it would acquire the majority of Tails.com, a U.K.-based maker of custom dog food.

These acquisitions represent smaller companies that make premium pet care and food products. And their value is demonstrated by their premium products’ cost versus standard pet food. For example, a six-pound bag of Blue Buffalo adult dog food costs around $22, versus a 16-pound bag of Alpo dry dog food that goes for around $8.50.

For his part, Fort says he does spring for a premium brand of healthy food. “Although it costs more," he says, “we end up saving more in the long run by avoiding vet visits due to poor nutrition."

Premium spending looks to be showing few signs of slowing down. The American Pet Product Association’s survey estimates that in 2018 pet owners are expected to spend $72.13 billion on their fur babies, which may continue to make pet food and pet care stocks an appealing market for M&A.

But for millennials like Fort, it’s seen as money well spent.  “We like to give them the best quality of life that we can," he says.