Today’s scientists are trying to make Star Trek’s space travel a reality. Learn which companies are leading the charge to send citizens into space. 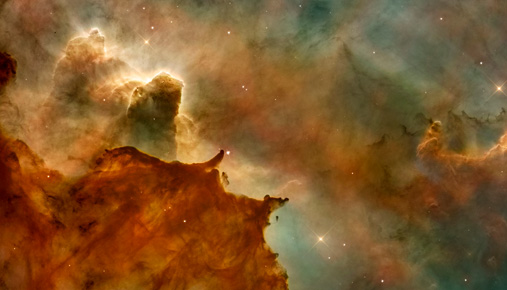 The opening lines to Star Trek said that space was the final frontier, and although Gene Roddenberry’s dreams seemed far off in the 1960s, today’s scientists are trying to make space travel a reality.

The Obama administration proposed to spend nearly $12 billion in space-flight research and related activities in 2016. That’s the third largest research and development expenditure behind national defense and health, according to November 2015 data from the federal budget authority, and is a 3.6% increase over the previous year.

Interest in space ventures is visible in the private sector, too, with several companies investing in research from satellite technology with a goal of sending citizens into space.

Leaving the Planet: Into the Unknown

According to Tauri Group, which researches the global space and satellite sectors focused on government and commercial clients, there’s a lot of money being invested in the extraterrestrial field.

“Space ventures have attracted over $13.3 billion of investment, including $5.1 billion in debt financing, since 2000. Over 80 angel- and venture-backed space companies have been founded since 2000. Eight of these companies have been acquired at a total value of $2.2 billion,” the group wrote in a 2016 report about the rising investment interest in commercial space ventures.

One of the best-known space companies comes from Tesla (TSLA) founder Elon Musk, whose startup “unicorn” SpaceX has a valuation of $1 billion or more, Tauri Group said. Part of that comes from Google’s (GOOGL) investment of $900 million in SpaceX in February 2015. Google said its funding was “to support continued innovation in areas of space transport, reusability, and satellite manufacturing,” Tauri Group reported.

Tauri Group said that Planet Labs could be the next unicorn startup in the space industry (defined as a private company that has a valuation over $1 billion). Planet Labs designs and manufactures miniature satellites called Doves that are delivered into orbit as passengers on other missions.

Back on Earth: Rocketing Forward

SpaceX is partnering with NASA to send cargo to the International Space Station, and the company is trying to develop a reusable rocket “to substantially reduce the cost of space access,” it said.

But Google and SpaceX aren’t the only companies looking to the stars. Boeing (BA) and Lockheed Martin (LMT) teamed up to form United Launch Alliance for their space plans. Created in 2006, the joint venture was formed to provide reliable, cost-efficient space launch services for the U.S. government.

United Launch Alliance is working on the Vulcan rocket to make space travel more affordable and accessible, with a planned initial launch of commercial capability in 2019. ULA is also teaming up with Amazon.com (AMZN) founder Jeff Bezos and his privately funded aerospace company, Blue Origin, on a rocket engine. In addition, ULA is working with another privately held firm, XCOR Aerospace, on a liquid hydrogen engine program, along with Aerojet Rocketdyne (AJRD), for additional support to get its space travel rocketry up and going.

We might not have warp drive yet, but space travel is no longer so far-fetched. Maybe it’s time to think about adding a trip to the stars to your travel plans.

Saving for a Trip to the Stars?

Whatever your goals for retirement might be, we can help. Speak with a TD Ameritrade retirement consultant at 800-213-4583.

Get your questions answered about retirement »
Print