Doves, Hawks, and the Three Bears: Taming the Inflation Animal in 2020

After years of tepid inflation—that is, a general rise in prices—recent readings indicate it could be on the rise, helped by dovish monetary policy and fiscal stimulus. Is that good or bad? Here's a primer on inflation and what it could mean for your portfolio. 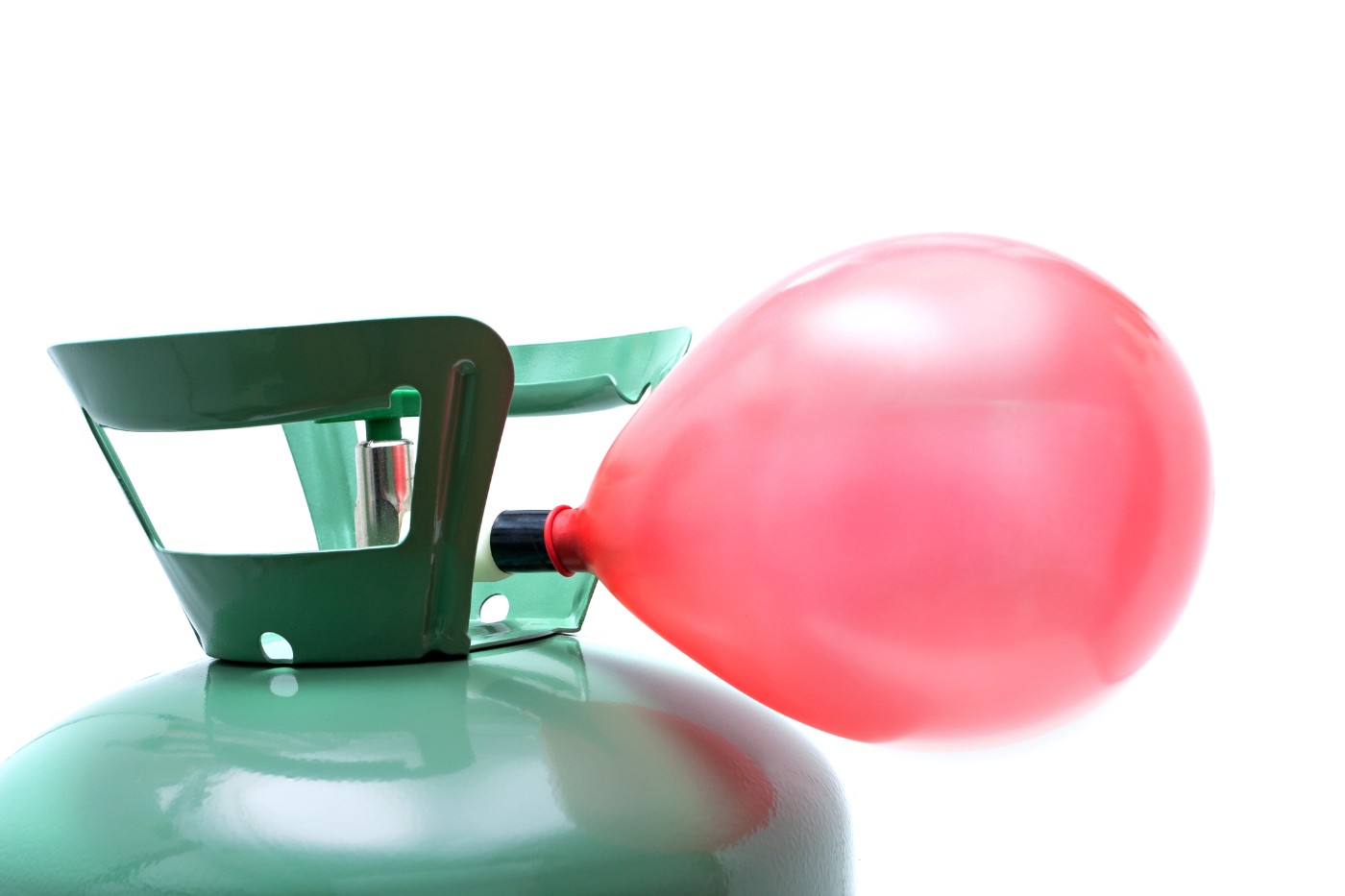 In June and again in July, the Consumer Price Index (CPI)—a widely-followed measure of inflation—notched consecutive 0.6% gains, an encouraging sign for the Federal Reserve and other policymakers.

To investors who recall the double-digit inflation of the late 1970s, this might be a bit of a head-scratcher. The Fed actually wants inflation?

Yep. Just not too much. And the definition of what constitutes “too much,” at least from the Fed’s point of view, appears to be shifting.

Inflation means “stuff is getting more expensive.” But it doesn’t have to be scary. Hyperinflation—a big increase in a short period of time—is scary. We had something like that in the U.S. in 1979 when prices were rising by double digits, and Germany had it in the early 1920s when it took trillions of German marks to equal a dollar. That isn’t the case today, obviously.

To some economists, deflation—when prices actually decrease—is even scarier. When deflation rears its ugly head, consumers tend to wait to purchase something, with the expectation it will be cheaper later. But when consumers retrench and curtail spending, the danger of a deflationary spiral—like what Japan endured through the late 20th and early 21st centuries—becomes all too real.

So policymakers aim for a bit of inflation, but not too much. It’s like the porridge in the three bears’ bowls—not too hot; not too cold.

As of late 2020, however, amid the global pandemic and a worldwide recession, hints of policy change began to percolate. The Fed signaled a pivot toward more permissiveness on prices—at least in the near term. More on that shortly.

The general consensus is that there’s a sweet spot somewhere between 2% and 3% as  measured by gross domestic product (GDP) growth and the inflation rate. So when the CPI numbers (headline and core) rose at a higher than expected monthly clip of 0.6% in July 2020 following a 0.6% rise in June, investors started showing some concerns.

This followed central banks and governments implementing significant stimulus measures, gold hitting all-time nominal highs, and the U.S. dollar weakening since the pandemic began. These are all traditionally tactics that can loosen the inflation spigot. Is that what’s actually happening? Too soon to say.

If the CPI continues moving up, however, it could actually be a welcome sign indicating a recovering economy. After all, when more people compete for goods, prices tend to rise. In normal times, spiking inflation could eventually be a game changer for Fed monetary policy.

The Fed historically tries to keep inflation around a 2% annual target by making adjustments to its benchmark funds rate, which affects rates on bank loans, credit cards, and other things involved in the “flow” of money in the economy.

For many years now, that 2% target has been more vision than reality. Inflation generally hasn’t reached 2% despite the Fed keeping rates historically low. The pandemic actually sent prices lower year-over-year when it first hit in the spring of 2020.

While inflation did rebound in the summer of 2020 on a monthly basis, it remains under 2% annually. That might be behind the Fed’s latest pivot. In a speech last week, Fed Chairman Jerome Powell discussed the Fed’s new policy, sometimes known as “average inflation targeting,” which means letting inflation run hotter than 2% at times to offset other periods when inflation is below that.

Powell’s speech arguably signals a pivot away from focusing on stable prices and more toward maximizing employment, even if inflation has to go up as a result.

Think of inflation as a water spigot. It’s rarely cranked right and tight, but, at least in the U.S. and most developed economies, it’s seldom at full pressure. Part of the Fed’s job is to control the “flow” through interest rate policy and money supply.

The traditional inflation gauge in the U.S. is the Consumer Price Index, which is updated every month by the Labor Department and reflects average price changes over time for a basket of goods and services.

Each month, Labor Department data collectors call or visit thousands of retail stores, service providers, rental units, and doctors’ offices to record prices of about 80,000 items that represent a scientifically selected sample of what Americans purchase.

“Our revised statement emphasizes that maximum employment is a broad-based and inclusive goal,” Powell said. “This change reflects our appreciation for the benefits of a strong labor market, particularly for many in low- and moderate-income communities.”

That doesn’t mean the Fed no longer considers inflation a potential threat in the long term, Powell added.

“We are certainly mindful that higher prices for essential items, such as food, gasoline, and shelter, add to the burdens faced by many families, especially those struggling with lost jobs and incomes,” he said. “However, inflation that is persistently too low can pose serious risks to the economy.

The long-run goal, he added, is still inflation of 2%. He believes a robust job market can be achieved without tipping off runaway inflation. How high would the Fed be willing to let inflation run during a recovery? That could be the key question for investors if not now, then maybe when the economy gets back on its feet.

Inflation’s next move could depend on future fiscal and monetary policy. For instance, inflation could potentially flare if the government decides on a massive new infrastructure program to stimulate the economy, or if the Fed decides to make new or different types of asset purchases.

An infrastructure bill, for instance, could increase demand for employment and resources, causing wages and materials prices to rise. It will be interesting to see what other policy might be down the pike as the government tries to deal with the effects of the pandemic.

FIGURE 1: INFLATION AND TREASURY YIELDS. Expected inflation can feed into interest rates, which means if inflation goes lower, interest rates could go lower as well. The 5-year forward inflation expectation rate (green area) is sitting at around 1.8 and interest rates (yellow line) are at low levels. Data source: Federal Reserve’s FRED database, Cboe Global Markets. Chart source: The thinkorswim® platform from TD Ameritrade. FRED® is a registered trademark of the Federal Reserve Bank of St. Louis. The Federal Reserve Bank of St. Louis does not sponsor or endorse and is not affiliated with TD Ameritrade. For illustrative purposes only. Past performance does not guarantee future results.

What Does This Mean for Your Portfolio?

Since inflation reduces the dollar’s purchasing power, it can sour a retirement, especially when you rely on portfolio income to sustain your lifestyle. Your returns need to at least outpace inflation.

For stocks, it may be a little different. Rising inflation and stock and commodity prices generally move in step because the stronger economic growth that’s generating inflation is a boon to share values and commodities demand—up to a certain point.

If it gets out of hand, however, inflation eventually becomes detrimental to the economy, and stocks can suffer along with everything else. The expectation of higher inflation leads to higher interest rates (and lower bond values). It can hurt stocks eventually, too, because the cost of doing business goes up.

Off to See the Wizard

Interested in readymade bond or CD ladders, or want to learn how to build your own? The Bond Wizard from TD Ameritrade can help.

Select Bond Wizard from menu on left, then the type of ladder you wish to build.

It can be tricky to separate near-term economic uncertainty from your longer-term plans. Investment returns should first keep up with the rate of inflation—no matter how modest—in order to increase real purchasing power. For example, an investment that returns 2% before inflation when the CPI is rising at a 3% clip will actually produce a negative return (-1%) when adjusted for inflation.

With interest rates still low, shorter or intermediate-term bonds may be worth considering for the fixed-income part of your portfolio, even if you have to accept a lower current return. If inflation increases and bond prices drop, owning shorter-term bonds can be a mitigating factor.

One strategy that seeks to reduce the impact of rising inflation on bond holdings is to build a bond “ladder”—buying bonds that mature in two, four, six, eight, and 10 years, for example. As the shorter-term bonds mature, investors can reinvest the proceeds into longer-term bonds at higher rates. Typically, a bond ladder might fit best for an investor who doesn’t mind holding them for up to 10 years. Inflation-linked bonds seek to offer protection from inflation, but these instruments make up a smaller share of the overall bond market and are somewhat less liquid.

Perhaps the real risk is that we’ve grown too comfortable with the type of tame inflation the U.S. has seen for some time now. So the question is, are we agile enough to respond to any renewed acceleration in prices for food, clothing, and other necessities? That’s an answer we might get in the near future thanks in part to the Fed’s recent pivot.

In the meantime, it’s probably a good idea to prepare your portfolio for possible inflation, even if “Goldilocks” never shows up at your door.

The information contained in this article is not intended to be individual investment advice and is for educational and illustrative purposes only. Be sure to understand all risks involved with each strategy, including commission costs, before attempting to place any trade. Clients must consider all relevant risk factors, including their own personal financial situations, before trading and please remember, past performance of an investment does not guarantee future results or success.

TD Ameritrade may act as principal on any fixed-income transaction. When acting as principal, we will add a markup to any purchase, and subtract a markdown from every sale. This markup or markdown will be included in the price quoted to you.

Results generated by Bond Wizard are based on your entered criteria and represent possible investment alternatives available at the time the list is compiled. The results should not be considered a recommendation or solicitation by TD Ameritrade to purchase any specific securities. You are responsible for determining whether any particular investment is consistent with your investment objectives, risk tolerance, and financial circumstances. You may want to consult an attorney or tax professional regarding the bonds you select for your portfolio prior to purchasing them.

TD Ameritrade is not responsible for ensuring that your use of Bond Wizard or Bond Ladder tool is suitable for your specific financial situation.