Retiring Early? The Rule of 55 Might Let You Begin 401(k) Withdrawals

An IRS rule allows you to avoid the 10% penalty for early distribution on company-sponsored retirement accounts, but you must qualify. 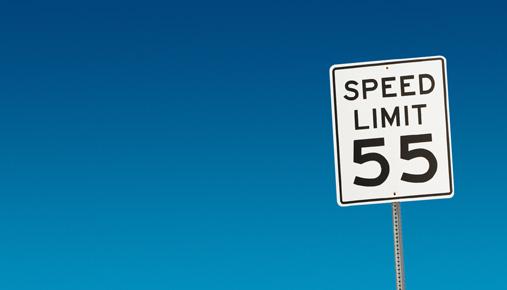 There’s a little-known IRS rule that lets you sidestep the 10% early distribution penalty when you withdraw from a company retirement account, such as a 401(k) or 403(b), if you leave your job after you turn 55 years old. Often referred to as the “rule of 55,” it can be an effective way to begin withdrawing early, and if it’s due to a sudden job loss, and you have no other alternatives, it could become your financial lifeline.

Wait, what? The IRS is cutting a break to a select group of taxpayers? Yes, but you have to know the rules, and follow them. And it’s not limited to job loss. You can claim the exemption even if you choose to leave of your own accord, or if the company cherry-picked you for an involuntary separation through a layoff or firing.

The Rule of 55 Highlights

Here’s how it works: If you leave your place of employment in the calendar year that you turn 55 or older, you can tap into your workplace retirement accounts without that 10% penalty—the one you’re normally slapped with if you take a distribution, for whatever reason (including hardship), before age 59 1/2. This is considered an “exception” to the IRS penalty rules.

The rule of 55 applies only to “qualified retirement plans”—defined contribution plans such as 401(k) plans, employee annuity plans such as 403(a) or 403(b) plans, and such. The IRS website has a complete list of plans that qualify.

If you’re a police officer, firefighter, emergency medical technician, or any other kind of public safety employee, including an air traffic controller, you get an added bonus: you can access the funds from government-sponsored, defined-benefit plans as early as age 50, according to a 2015 IRS amendment.

For those not in public safety jobs, let’s make the 55-or-older part clear. The IRS is very specific about the age-related timing. You’re eligible if you leave your job in the year in which you’ll turn 55, or if you’re older. So you can’t leave a job when you’re 50 and then hope to get a penalty-free distribution after you’ve turned 55. But if you’re 54 1/2, and you leave your job in, say, April, and turn 55 in October, you could begin early withdrawals that year. And, yes, you can leave a job at age 57 and still claim an exception to the 10% penalty.

Oh, and one other thing: the only money available for penalty-free early withdrawal is the money that's in the plan to which you were contributing when you separated from service. If you have money in previous plans, such as at a previous employer, you can't tap those penalty-free unless you were to first consolidate them into your current plan.

The rule doesn’t apply to IRAs, so don’t be tempted to transfer those company retirement accounts into either a traditional or Roth IRA and hope you can withdraw penalty-free. Consider rolling your funds into an IRA only if you know you won’t be starting withdrawals until age 59 1/2 or later.

And remember: this only frees you from the 10% penalty for early withdrawal; the distribution is still considered “income” and thus subject to federal (and possibly state and local) taxes.

Now, just because you are allowed to withdraw funds doesn’t mean you should. If you continue working, for example, you may still begin withdrawing from accounts at your old employer without incurring the penalty, but doing so means your money will stop growing tax-deferred. And the earlier you begin drawing down your retirement funds, the sooner your nest egg might be depleted.

So unless you need funds for basic living expenses, it might still be best to consider keeping the account intact, or rolling it into an IRA.

Whether you need a little guidance or a lot, we can help. Speak with a TD Ameritrade retirement consultant at 800-213-4583.

Get your questions answered here »
Print

Before rolling over a 401(k) to an IRA, be sure to consider your other choices, including keeping it the former employer’s plan, rolling it into a 401(k) at a new employer, or cashing out the account value keeping in mind that taking a lump sum distribution can have adverse tax consequences. Whatever you decide to do be sure to consult with your tax advisor.