Can Changes to MEPs Help Small Business Save for Retirement? 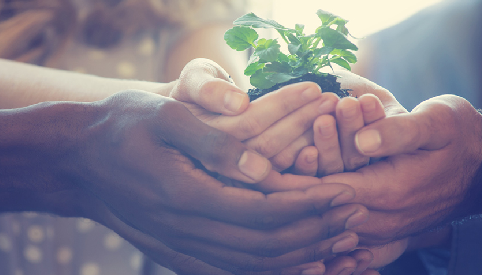 Tucked into President Obama’s $4 trillion fiscal 2017 budget proposal are initiatives intended to foster employee-sponsored retirement plans by knocking down some of the compliance barriers that have kept small businesses from joining multiple-employer plans, or MEPs.

Proponents say it’s a big step toward opening up workplace retirement plans for some 30 million Americans who don’t now have them.

But will it have legs in what has been a particularly partisan Congress? That’s a big maybe, considering the politics and the fact the president’s final budget pitch includes a bundle of proposals to shutter or curb tax breaks for higher-wealth individuals. It’s that budget savings that would raise money to offset the costs of these retirement programs and a handful of others.

Still, there’s been support on both sides of the aisle to get more retirement plan options in place for that one in three American workers who doesn’t have one. At the least, the proposed MEP re-do enlivens an important conversation about the need for retirement planning as an enterprising workforce continues to include more small businesses.

MEPs allow two or more unrelated employers to team up to offer a single, tax-qualified and managed retirement plan that's handled by a third party. Many small companies don’t offer retirement plans because they can be costly and complex to administer, layered with fiduciary responsibilities and liabilities.

“Anxiety tends to run high when you’re running a business,” says Dara Luber, senior manager of investment products and retirement at TD Ameritrade. “Small business owners have too much on their plates…but it’s important that they take the first step and set up a retirement plan for themselves. Every bit they save today is more they can potentially have for their future. ”

Only 50% of people working at firms with fewer than 100 employees have access to workplace plans, according to the Bureau of Labor Statistics. The numbers are considerably lower at even smaller companies.

Though MEPs have been around for decades, the laws governing how companies group together have shut out employers who don’t belong to professional employer organizations, trade groups, or another association sponsoring an MEP. In particular, current law calls for the companies to share a “commonality of interest,” meaning small plumbing companies, for example, can band together only with other small plumbing companies in an MEP.

One of Obama’s initiatives is to do away with that provision but hold tight to the consumer protections the legislation was meant to cover. Rewriting the law could allow employers to more readily access an open MEP from a different sector but a similar location. This would pave the way for more small employers to enjoy “the economies of scale, administrative simplicity, and limited fiduciary liability they need to be comfortable offering a retirement savings plan to their employees,” according to insurance industry research. There’s also plenty of lobbying going on for this by the U.S. Chamber of Commerce, the American Association of Retired Persons, and a number of trade associations and industry groups.

A line item in his massive budget calls for $97 million in spending in fiscal 2017 to “permit unaffiliated employers to maintain a single multi-employer defined contribution plan.” The spending would grow by $10 million to $20 million over the next decade to reach $246 million in 2026.

That’s small potatoes in a $4 trillion budget but it’s part of a bigger effort to shore up retirement savings by this outgoing president. “We understand that not everything is going to actually get taken up and passed this year,” the New York Times quoted an unattributed administration official as saying about the budget overall. “But we’re sort of laying the groundwork and putting out solutions that are sort of long term.”

Whether you’re self-employed or a small business owner, TD Ameritrade offers a variety of retirement solutions to fit your needs.

Get help with your retirement planning »

TD Ameritrade does not provide legal or tax advice. Please consult with a qualified legal or tax professional regarding your personal circumstances.