Wish you could contribute to a Roth IRA, but you're above the income limit? Consider using a backdoor Roth IRA to make it happen. 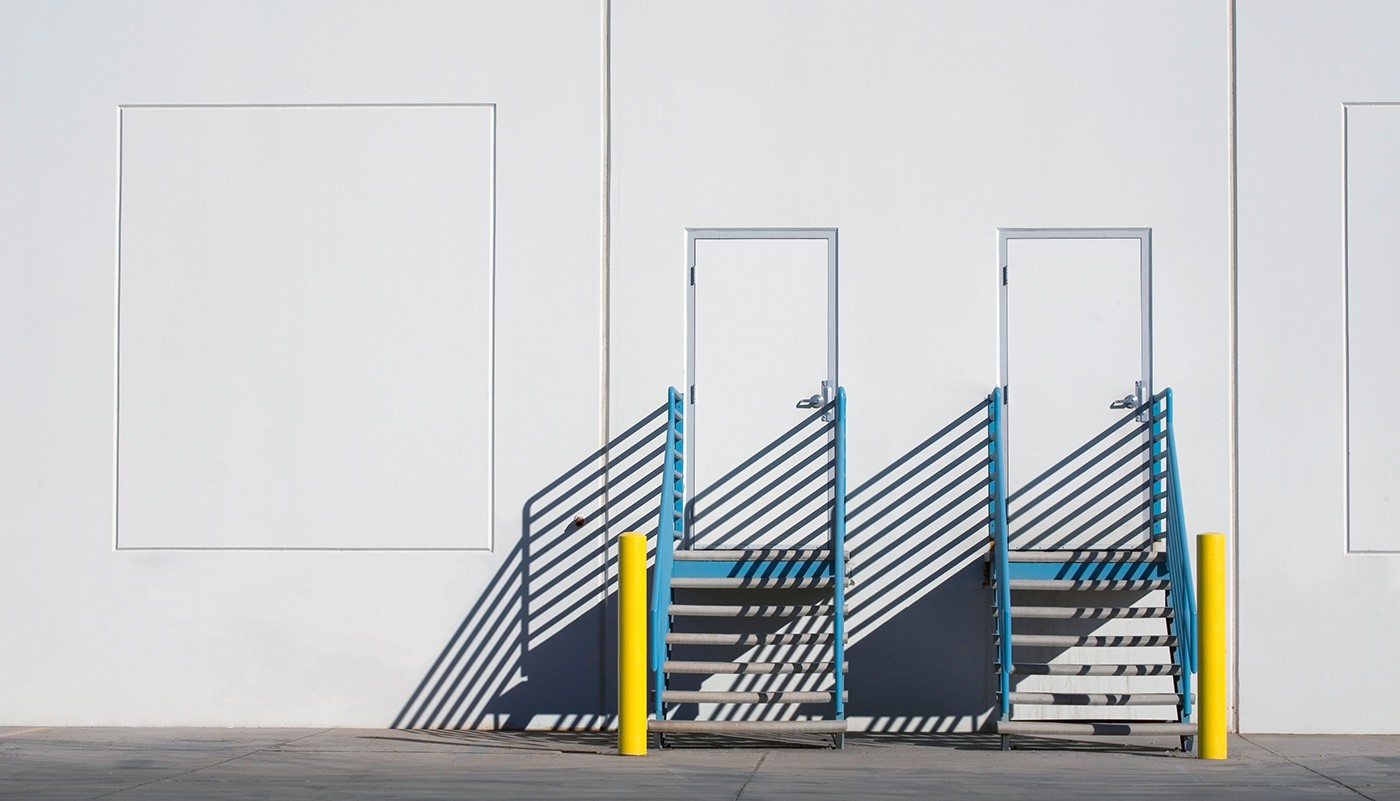 The Roth IRA is a popular Individual Retirement Account (IRA), especially for investors who expect to be subject to higher taxes down the road. Simply put, you can make contributions from after-tax money, and then you don’t pay taxes when you withdraw funds from your Roth during retirement—including on investment earnings.

But the Roth IRA may not be for everyone. For one thing, there are income limits on who can contribute new money. If your income prevents you from contributing to a Roth IRA, but you’re interested in accessing tax-free earnings in retirement, there is a possible approach: the “backdoor” Roth IRA contribution.

How does it work? Basically, you put new IRA contributions (limited to $6,000 for 2019) into your traditional IRA first, then convert the funds into a Roth IRA. A backdoor IRA allows this even if your income is too high to put the contributions directly into the Roth account.

“The backdoor Roth IRA makes it possible for investors to tweak the rules a bit,” said Christine Russell, senior manager of retirement and annuities for TD Ameritrade. “If you have a traditional IRA, you can convert funds into a Roth IRA, whatever your income level.”

But before you decide on a backdoor IRA, it’s important to understand the implications (and also make sure you aren’t eligible to simply start a Roth IRA).

“Not everyone is going to benefit from a backdoor Roth IRA,” said Russell. “Before you move forward, make sure you understand the tax consequences and know what you’re getting into. The rules of a backdoor Roth contribution are often oversimplified.”

First off, double-check in case you’re actually eligible to invest new money into a Roth IRA. Don’t assume that your income level is too high this year just because it was too high in a previous year. Use your modified adjusted gross income (MAGI) and compare that to the thresholds, not your salary. The Internal Revenue Service (IRS) outlines how to determine MAGI. The thresholds are adjusted each year, so it’s possible you could make a partial Roth IRA contribution directly—without having to do a backdoor Roth IRA conversion.

There are two main ways to take advantage of a Roth IRA even if your income is above the IRS threshold, according to Russell:

With the first method, you can get around the income limits to Roth IRA contributions. But the second method can also help you make a bigger contribution to a Roth IRA than the $6,000 allowed in 2019, because you can convert any amount from a traditional IRA into a Roth.

Before you just convert the money in your traditional IRA into a Roth, Christine suggests asking yourself the following questions. How you answer them will determine the tax bill related to your backdoor Roth IRA.

1. Did you get a tax break on your traditional IRA contributions?

“If you got a tax deduction for making your traditional IRA contributions, you’ll need to pay taxes on the amount you convert over to the Roth IRA,” said Russell. “If your IRA assets originally came from a workplace plan, like a 401(k) or SEP IRA, you have not been taxed on some or all of that money yet, either, so converting that to a Roth IRA will also require you to pay taxes.”

So if you have $200,000 in a traditional IRA, and you convert it to a Roth, you’ll have to pay taxes on the entire amount as if it’s income.

But suppose you decide to convert just your IRA contributions from this year—the typical goal of the backdoor Roth IRA contribution. So you contribute $6,000 to your traditional IRA, then convert that contribution (plus any earnings) to your Roth IRA. You’ll have to pay taxes on the original contribution, plus the gains associated with it.

2. Have you made nondeductible traditional IRA contributions?

“Not every contribution you make to a traditional IRA is tax deductible,” Russell pointed out.

If your contributions to a traditional IRA are made after tax, your Roth conversion may not have to be taxed, Russell said. “But as you can see, it starts getting complicated, because you have to consider which money has been taxed and which hasn’t.”

If you tried to convert just the $6,000 to Roth IRA, so that none of your conversion would be taxable, you’d find that part of the $6,000 is still taxable! Basically, the IRS formula requires that your nondeductible contributions be used in proportion to your total IRA account balance. If your taxable earnings are 33% of your account, then 33% of your conversion would be taxable—no matter what amount you convert. This often comes as a surprise to those who have nondeductible contributions and try the backdoor Roth contribution.

3. Do you have money in multiple IRAs?

For some retirement investors, the situation is even more complicated. Maybe you have SEP or SIMPLE IRAs in addition to your traditional IRA. Or maybe you even have multiple traditional IRAs or rollover IRAs from old employer plans like 401(k)s.  Maybe you want to keep your money in those other accounts and convert only a portion using the backdoor Roth IRA strategy.

“This is where you really have to think about the situation, because you owe taxes based on your total IRA balances,” said Russell. “You can’t just focus on the IRA that you’re using for the backdoor Roth.”

Say you contribute $5,000 to a traditional IRA and you decide to convert it. But you also have $300,000 in a SEP IRA on top of the remaining $100,000 in your traditional IRA after making the contribution. Your entire $400,000 would be considered as one big pot. Let’s say $50,000 of that (which includes your current contribution) consists of after-tax/nondeductible contributions, as described above. According to the pro rata rule, 12.5% of your total portfolio is nondeductible, so only 12.5% ($625) of your current contribution and conversion amount isn’t subject to tax. The remaining $4,375 is taxable.

“Having different types of IRAs can change the equation, so it’s important to talk to a professional before you decide to move forward with a backdoor Roth,” said Russell. “And get all your records in order, so you reduce surprises. If you do have nondeductible contributions in your traditional IRA, you need to keep track of them on IRS Form 8606—otherwise you may eventually be taxed on money you already paid tax on.”

Is a Backdoor Roth IRA for You?

Before you decide if a backdoor Roth IRA contribution is the right move, carefully consider your reasons for making the conversion. Once done, it can’t be undone.

“If you expect to owe a little less in taxes for the year, and you can handle the tax bill for a Roth conversion now, it might make sense,” said Russell. “You pay taxes now, but later on, if taxes go up or if you’re in a higher bracket, you don’t have to pay taxes on your Roth withdrawals. And you won’t have to take any required minimum distributions (RMDs) from your Roth IRA once you reach age 70 1/2. Avoiding RMDs during your lifetime may allow you to leave more assets to your heirs, because they won’t be taxed on the Roth IRA assets that they inherit, either.”

However, in some cases, it might not make sense to go through with a backdoor Roth IRA contribution.

“If you want Roth benefits, there are other alternatives,” Russell pointed out. “You might be able to contribute to your workplace 401(k) if it allows Roth contributions, or open an individual/solo 401(k) with Roth contributions if you own your own business—even as a freelancer or side gig. There are no income limits on Roth 401(k) eligibility, and the contribution limits are much higher than what you see with IRAs: $19,000 versus $6,000 for 2019.”

In the end, it’s important to understand the implications and run the numbers to see what will work best in your situation, Russell pointed out. “The backdoor Roth IRA can be a great strategy for some retirement investors, but it’s not for everyone.”