Negative interest rate policy is a fact in the eurozone and Japan. How has it affected those economies, and what might investors expect if such policy ever ar 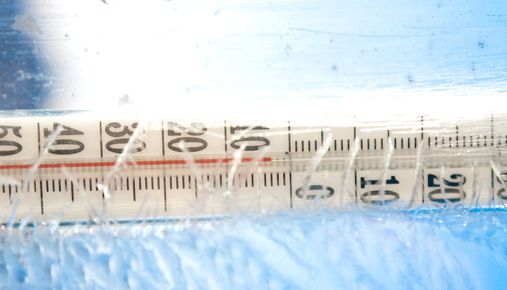 When rates go negative, it means that banks depositing money into the central bank must pay to keep the money there. Theoretically, this may make banks more willing to make loans to businesses and keep money flowing into the economy, rather than sitting in a vault. NIRP is also designed to spark inflation to help economies avoid entering dangerous deflationary spirals.

In the U.S., NIRP remains more of a conversation topic than a potential fact, but it did get a serious look from the U.S. Federal Reserve earlier this year when markets were falling quickly and a recession seemed possible. At one point, Fed Chair Janet Yellen told Congress that the Fed was “taking a look at” negative interest rates as a possibility should the economy become much worse. In mid-March, however, as U.S. markets recovered from their early-2016 weakness, Yellen said the Fed isn’t actively considering negative rates.

Even if negative rates aren’t knocking at the door in the U.S., it’s worth considering how investors can react if NIRP does come into play. One way to analyze this is by looking at how NIRP has affected economies where it’s in place now.

NIRP Not the Solution So Far Overseas

NIRP went from being an interesting theory, and even an experiment in some smaller economies, to a reality on June 4, 2014, when the eurozone implemented negative rates. Sweden and Denmark, both of which had experimented with negative interest rates in the past, once again went negative later in 2014, and Switzerland followed. Japan adopted negative interest rates in January 2016, and the European Central Bank (ECB) lowered negative rates even further in March.

Although NIRP policy is designed to stimulate economies and boost inflation, it’s arguable whether that’s actually happened in Europe, though it’s probably too soon to say in Japan. In four of the five economies that adopted NIRP starting in 2014, performance of equities was flat to lower through mid-March since NIRP took effect. Only in Denmark, where the stock market rose 22%, did solid stock market growth accompany NIRP, according to an analysis by MarketWatch. Meanwhile, inflation in the eurozone remains near zero, where it’s been since late 2014, and fell 0.2% in February.

“Interest rates at zero or below, combined with an expanded central-bank balance sheet through QE [quantitative easing], has been a strategy employed by central banks in the eurozone, the U.S., U.K., and Japan to increase liquidity and raise both market expectations of inflation as well as actual inflation,” wrote Michael Heise, chief economist at Allianz SE, in a March opinion article in The Wall Street Journal. “But so far, the new monetary-policy paradigm hasn’t had the desired effect on these economies. Inflation and inflation expectations around the world today are much lower than central banks would like.”

NIRP has been particularly tough on Europe’s financial sector, where the FTSEurofirst Banks Index was recently down substantially from highs reached last year (see figure 1). Negative rates hurt banks because they have to pay to leave money on deposit at the central bank and can end up paying to own government bonds. At the same time, they often can’t pass negative rates along to retail depositors because they fear the money might go away.

In Japan, large companies with unfunded pension liabilities such as rail operators or utilities could be particularly vulnerable as NIRP works its way through the economy, said Shawn Cruz, trader content specialist at TD Ameritrade. That’s because negative rates erode the funding levels of the plans, increasing the financial burden on their sponsors.

So far, negative rates in Japan haven’t done much to help its flagging stock market, which as of late March was down approximately 12% year to date (see figure 2). The Wall Street Journal recently reported that NIRP and other unconventional policy tools in Japan “have been deleterious to banks and rattled financial markets.” The policy also worried the public, with opinion polls suggesting many in Japan think NIRP is ineffective. Consumer sentiment there has fallen.

The Nikkei 225 Index (N225:JP) remains well below its 2015 closing price despite the implementation of negative interest rates in Japan starting in late January. Data source: Tokyo Stock Exchange. Image source: the TD Ameritrade thinkorswim® platform. For illustrative purposes only. Past performance does not guarantee future results.

What Can Investors Do If NIRP Arrives in the U.S.?

Although the Fed’s Yellen seemed to be walking back her previous comments about NIRP, that doesn’t mean the concept couldn’t eventually take effect should the economy dive. The very fact that Yellen mentioned NIRP as being in the Fed’s arsenal means investors should probably prepare for the possibility at some point—perhaps if there’s another recession—considering rates are barely above zero now. Which investments would be the best and worst in such an environment, and what should investors do and not do?

“All your safe-haven assets like Treasuries would have little to no yield” in an NIRP situation, Cruz said. “Even investment-grade corporates would have little to no yield. Your high-yielding credit would be pretty risky, so people would go into lower risk equities, including traditional lower risk stocks like utilities and more defensive stocks like consumer staples. Any yield that’s out there, from a fixed income standpoint, would be high yield, so if investors want yield, they might go into defensive sectors.”

One equities sector investors might want to consider turning a cautious eye towards in such a scenario is financials. “Financial is the sector that will get hurt more than anyone else by NIRP,” Cruz said. “Lower rates don’t bode well” for financial stocks.

In an NIRP environment, Cruz said, it could be tempting to chase high-yield fixed income investments, as those types of investments might be among the only ones paying relatively high rates. But investors need to know what they’re getting into before adopting such a strategy.

“The biggest thing is you have to be careful not to chase yield into risky places,” Cruz said. “People will look at the bond market and say, ‘Here’s a good yield.’ And if you’re at negative rates and something looks good from a rate perspective, it’s probably very risky. Really ask yourself: why is this paying such a high yield relative to lower risk assets?”

Use Stock Screener to narrow selections based on dividends and more. Log in at tdameritrade.com > Research & Ideas > Screeners > Stocks.