Getting Yourself and Your Portfolio Ready for Winter

It may be time to consider winterizing your portfolio with consumer discretionary selections like winter leisure products, resorts, and apparel. 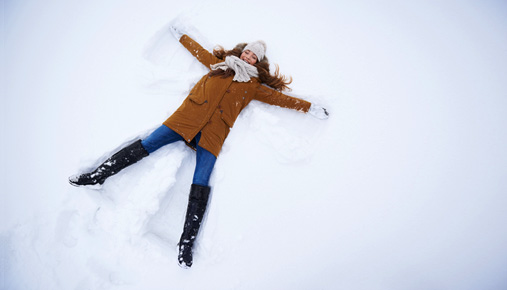 The end of the year is approaching, and that means pulling out sweaters, boots, and maybe some skis or snowmobiles. Once you're clad in all your finest thermals, perhaps you should consider looking at your portfolio to see if it still fits.

The winter weather forecast for the northern Great Plains to the eastern U.S. is calling for cold and snowy conditions, according to AccuWeather’s initial seasonal forecast. And the northeast U.S. may see above-normal snows this winter, which may mean more chances for skiers and snowmobilers to get out and enjoy the season.

"I think the Northeast is going to see more than just a few, maybe several, systems in the course of the season," said Paul Pastelok, long-range forecaster for AccuWeather, who added that this year’s winter may feature early and frequent snowfall.

The northern Great Plains may see snows starting as early as December that could allow snowpack to build, while in the Great Lakes region, cold weather in early winter may meet warmer waters over the water and bring on lake-effect snows, Pastelok said.

No La Niña This Year

The likelihood of a La Niña weather pattern has diminished, according to the National Oceanic and Atmospheric Administration (NOAA), which says the sea surface temperatures in the Pacific aren’t right for the condition. La Niña weather conditions are the opposite of El Niño, and they often follow El Niño patterns.

That’s probably disappointing news for skiers in the Pacific Northwest, who usually benefit from La Niña’s northern-focused storm track. As an example, during the 1998 to 1999 ski season, Mt. Baker in Washington saw 95 feet of snow, the most snow of any location in the world during a single season, according to OnTheSnow.com, a news site for skiing enthusiasts.

Regardless of the quantity and location of this year’s snowfall, there are a few ways to consider publicly traded companies that focus on winter sports.

The most obvious are sporting-goods manufacturers. Among them are outdoor equipment company Black Diamond (BDE) and Performance Sports Group (PSG), which makes ice-hockey equipment, among other items.

Snowmobile maker Polaris Industries (PII) has seen its value halve since November 2014, and in October it was hit with a shareholder class-action lawsuit. Arctic Cat (ACAT), a maker of snowmobiles and ATVs, is also in a share slump.

Winter may be coming, but there’s no reason to leave your portfolio in the cold.

Use Stock Screener to narrow selections based on sectors like consumer discretionary. Log in at tdameritrade.com > Research & Ideas > Screeners > Stocks.

TD Ameritrade and all third parties mentioned are separate and unaffiliated and are not responsible for each other’s policies or services.