Growth vs. Value Stocks: Which Is Right for Right Now?

Growth stocks versus value stocks—a case can be made for both. But which way should an investor's portfolio lean these days? 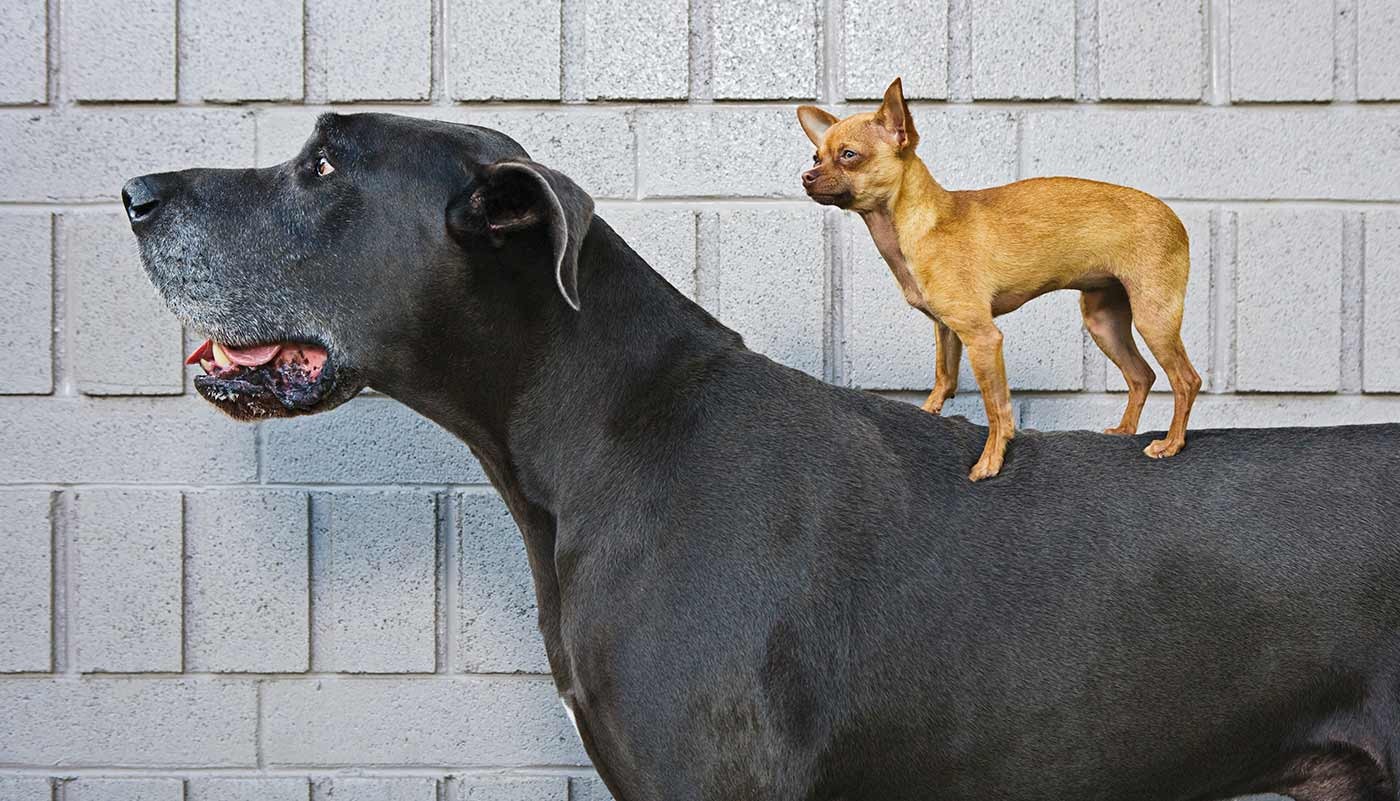 Apple, Microsoft, and Amazon each have a market cap in excess of $1 trillion. Why? In part because these companies have kept a steady eye on growth.

Meanwhile, Warren Buffett, considered by many to be the greatest investor of our time, has amassed a personal fortune of $73 billion. Why? Because he’s kept a steady eye on value.

If you’ve followed the stock market for a few years (or decades), you’ve probably observed a steady ebb and flow of value versus growth stocks. Like most aspects of the financial picture, that ebb and flow got upended this year by COVID-19, with growth getting a huge lift and value sagging. But no crisis lasts forever, and a shift in the wind might be pointing toward another change in this stormy relationship.

What are growth and value stocks? They’re often considered the two main investing styles. But at any given time, there can be only one leading performer. So sometimes growth stocks outperform, and sometimes value stocks are the leaders. Growth has been winning almost every round for a while now.

Which style you might favor typically has a lot to do with your objectives, risk tolerance, and investment horizon. Although you shouldn’t change your overall investment plan without keeping those key parameters in mind, you also don’t want to stumble along blindly when fundamentals undergo a tectonic shift, as they did early this year.

A lightning strike like COVID-19 can cause the growth-versus-value paradigm to change quickly. As an investor, it’s important to understand which category might be positioned for strength coming out of a crisis. You might consider some changes while keeping any moves within the context of your long-term goals.

There’s room for both value and growth in most investors’ diversified portfolios.

Let’s start with the basics. Growth is typically defined by metrics such as earnings per share (EPS) and sales per share (SPS). Typical characteristics of growth stocks include rising earnings and sales (“revenue”). High growth rates often drive higher “earnings multiples,” meaning investors show a willingness to pay more per unit of current earnings, with the expectation that growth should eventually “catch up,” so to speak.

How do investors typically measure these so-called “multiples?” Here are two common ratios.

If the growth rate is high, then investors might be willing to pay more for a company’s stock, and these ratios will be higher. So, in a sense, high P/E and P/B ratios define growth, because no one can guarantee the actual future growth rate of earnings.

Growth stocks tend to show up in fast-growing industries like technology, pharmaceuticals, and other modern industries. Think of the “FAANG” stocks: Facebook (FB), Apple (AAPL), Amazon (AMZN), Netflix (NFLX), and Google parent Alphabet (GOOGL). These are among the classic growth stocks of our day.

If you’re looking at individual stocks, consider looking first at the industry. Is it associated with growth? Next, consider the P/E and P/B ratios. Here’s one common rule used by analysts: if the P/E is above 20, and/or the P/B is above 3.0, it’s probably a growth stock.

Curious about the contents of a mutual fund or exchange-traded fund (ETF) in your portfolio? Fund analyses from companies like Morningstar often contain a “style box” (see figure 1) that lets you know if the fund favors value, growth, or a blend, as well as whether the fund is considered small, medium, or large. TD Ameritrade clients can view style boxes by logging in and selecting the Research & Ideas tab > ETF or Mutual Funds > Profile. You can also use the TD Ameritrade screener tool to filter by growth or value funds, plus a whole host of other filters.

FIGURE 1: GROWTH OR VALUE? This 3x3 grid—the “style box”—lets you quickly gauge a fund’s size and investment style. Keep in mind that a mutual fund’s style (growth or value) is a composite of the individual stocks it holds. Just below the box is a snapshot of the fund’s risk and return profile. Data source: Morningstar. Chart source: TD Ameritrade. For illustrative purposes only. Past performance does not guarantee future results.

COVID-19 and the Growth/Value Equation

As bad as the pandemic has been, and as much as the economy has suffered, no crisis lasts forever. This might give value a fighting chance versus growth as the world emerges from this unprecedented period. The so-called “growth-value” spread recently hit levels last seen two decades ago during the dot-com boom. When spreads reach historic levels, it can often point to a change in the weather.

Growth—already on a roll thanks to the success of huge information technology firms—gathered steam as the economy reeled from shutdowns and investors gravitated toward familiar names like AAPL, AMZN, and FB.

Meanwhile, value stocks in the Financials and Consumer Staples sectors lost ground as investors worried about the impact of the crisis on consumers. As figure 2 shows, growth had already experienced a major surge during 2019, before COVID-19 hit the United States in early 2020. The chart shows only through December 2019, but the growth side continued to accelerate in the first half of 2020 as FAANGs, biotechnology firms, and semiconductors gained ground.

FIGURE 2: GROWING GROWTH? Over long periods, both growth and value have had periods of outperformance. But in recent years, growth has been the clear winner. Data source: MSCI. For illustrative purposes only. Past performance does not guarantee future results.

Growth likely benefited recently because so many investors wanted large, familiar names that had weathered challenges like the 2008 recession and a 2015–16 “earnings recession.” But you could argue the move reflected a scramble away from value as much as one toward growth.

When the economy shut down the way it did in early 2020, with people stuck at home, consider which companies took the worst hit. Financials make the list because large and (especially) small banks make much of their money from loans to Main Street. That means small businesses and people who want to buy homes—both economic areas that suffered greatly due to shutdowns and resulting unemployment. Financial firms often fit into the value category.

Use stock screener to narrow selections based on sectors.

Another sector that got hurt was Consumer Staples. Staples typically come through recessionary times in relatively decent shape because people still need everyday items like toilet paper and canned food. But this was very different from a garden-variety recession. With shelter-in-place rules taking effect across almost every state in March and April, recession-resilient businesses like grocery stores, discount stores, and sporting goods were all at risk. Many saw their stocks slump.

As the economy reopens, people are getting back out again, but growth stocks keep making new highs. COVID-19 is viewed by most economists as a temporary shock to the economy. With many predicting improved conditions in Q3 and beyond, will growth stocks continue their climb?

So how to choose between growth and value? It’s a complicated picture, to say the least. Academic financial gurus Eugene Fama and Kenneth French famously declared value (in the form of low P/B ratios) to be one of the best factors for stock selection. But their subsequent research suggested that growth factors of profitability and reinvestment may be very similar in impact to value factors. It’s uncertain which matters more statistically.

In other words, when evaluating growth versus value, it’s tough to say if the zebra is white with black stripes or black with white stripes.

Plus, times change. New technologies have the power to unseat the old order. Over the last several years, some growth stocks have enjoyed robust gains, even while some value shares languished. Value may be down, but it’s far from out.

One school of thought suggests that value stocks have become oversold. Any theory needs testing in the real world, so we’ll see over the next few months if investors start to embrace value over growth. In May, for example, a brief flurry of value investing seemed to push tech stocks aside for at least a few sessions on Wall Street. Some of the beaten-down energy and financial stocks started to show signs of life, with Financials performing third best of the 11 S&P 500 sectors over the last week of the month.

When you think about value stocks now, it’s not just a matter of deciding which companies in, say, the travel industry had their shares punished the most. They all got slammed. What might matter in finding the best “values” of the value stocks is which companies have the least amount of leverage, the best cash flow, and the best management teams that can steer their firms out of the ditch as the economy comes back.

Also, keep in mind that individual companies can go through growth and value phases. Believe it or not, some of today’s steady dividend cash cows were once the upstart disruptors. Consider IBM (IBM), which has a dividend yield of more than 5%. In the 1960s, IBM was part of the “Nifty 50,” which also included stocks like General Electric (GE) and Johnson & Johnson (JNJ). Those companies were arguably the Apple and Tesla (TSLA) of their day.

It gets back to those ebbs and flows of value and growth. Right now, it’s hard to remember because growth has dominated for so long, but after that peak in P/B for growth back in 2000, value outperformed growth for more than a decade. So remember, things can change fast. Today’s TSLA can become tomorrow’s GE. Today’s highfliers can be tomorrow’s underachievers.

Match Investments to Your Objectives

So when it comes to choosing growth versus value, it’s hard to say definitively which one is better. It may come down to your objectives:

Speaking of time, remember that companies tend to mature over time. Today’s highflier may be tomorrow’s low-P/E, dividend-paying value stock. Plus, investing doesn’t have to be an either-or, vanilla-or-chocolate, chunky-or-creamy, heads-or-tails decision. Choosing a mix of growth stocks and value stocks can help you build a diversified portfolio.

Morningstar and other third parties mentioned above are separate from and not affiliated with TD Ameritrade, which is not responsible for their services or policies.