Penny for Your Stocks? Risky Shares Can Be Sentiment Tool

Trading penny stocks is not for the meek. They’re incredibly volatile, but can offer a snapshot of potentially frothy markets or high-growth trends. 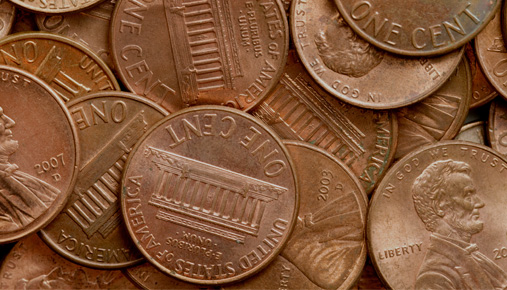 Ryan Campbell remembers a time when a media celebrity client called his discount brokerage firm with instructions to buy $10,000 worth of shares in a sports-clothing company. It was a so-called penny stock, also known as a micro-cap stock, trading for about $2 a share.

“The broker replied, ‘You will want to use the limit order,’” recalls Campbell, now an education content manager at the TD Ameritrade. A limit order confines your purchases to certain price points; it’s a risk-management tool. In this case, such a huge buy on a stock that’s cheaper than a convenience store latte, and whose volume level may be as questionable as that latte, requires a careful look.

The Value of Pennies

Is there a lesson here? Sure. But it’s also important to know that this guy’s exuberance—especially if his high-flying mood is trending among many investors—is a de facto speculation sentiment indicator. And it may reflect a broader market that’s getting too frothy.

Measuring broad levels of speculation in micro stocks isn’t easy, but you can consider tracking the Russell 2000 Small-Cap Index and its micro-cap cousin, as well as a micro-cap exchange-traded fund (ETF). These measures can sometimes be the canary in the mine—twitching before a broader-market shift. If speculation is making a market exodus, it may show up in the small stocks first. As with any sentiment indicator viewed in isolation, its signal can be weak. But it can be a worthwhile accompaniment to other mood measures. 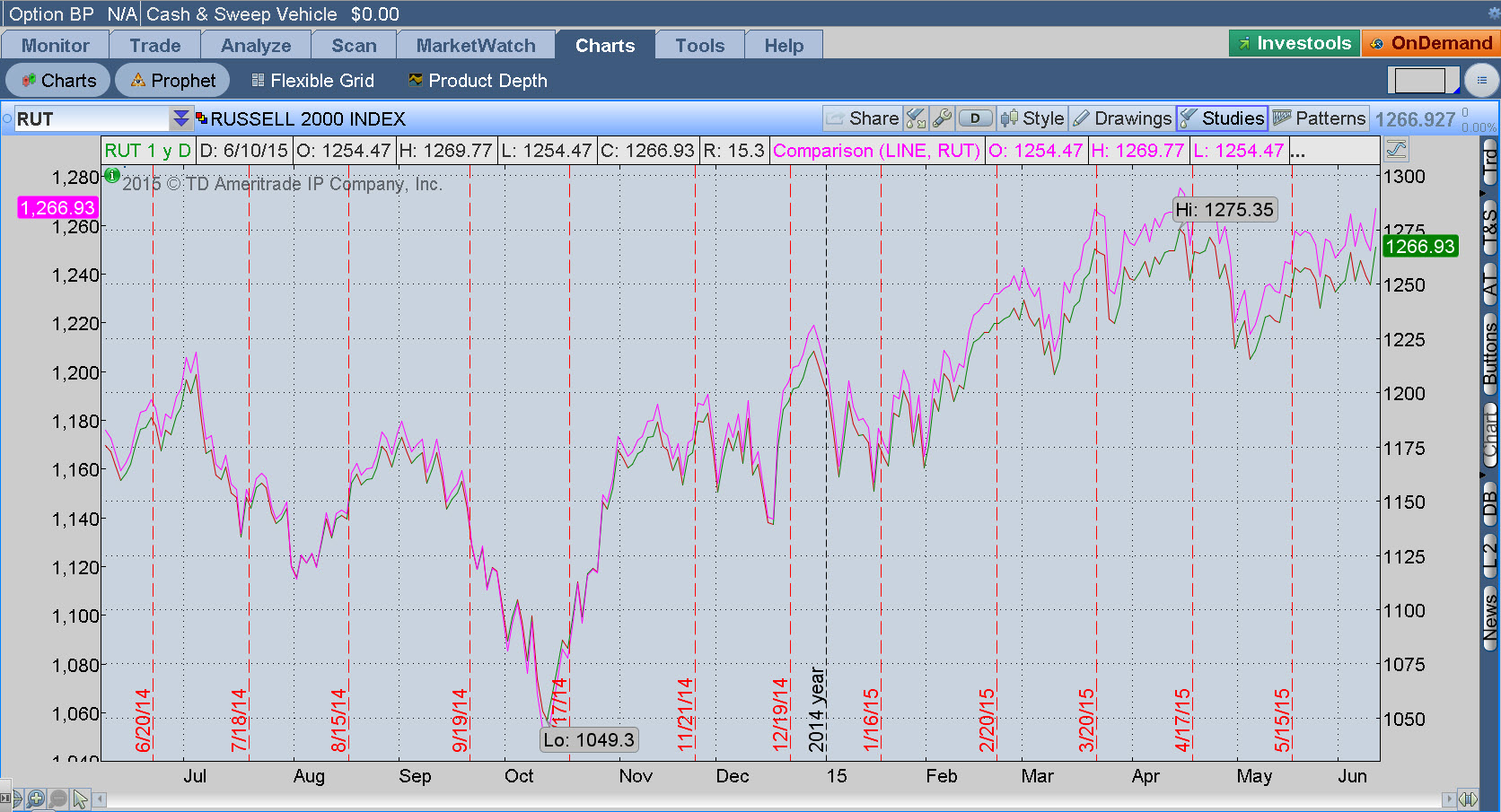 FIGURE 1: SIDE BY SIDE. Chart the small-cap-studded Russell 2000 (RUT) as an overlay with the broader S&P 500 (SPX) for any signs of potential divergence. Chart source: TD Ameritrade’s thinkorswim® platform. For illustrative purposes only. Past performance does not guarantee future results.

Micro-cap stocks—which make up less than 3% of the entire stock market, according to Russell Indexes— tend to move unhinged from most broad U.S. equity benchmarks. That means micro-cap performance doesn’t tend to correlate highly with the rest of the market, which creates a potential diversification benefit. And, in fact, that’s another signal to watch. If micro-caps start to correlate with the broader market, that could be an indication the broader market is due for a change of direction.

Studying these tiny shares sometimes opens a window into the product development at young companies with thinly traded stocks. Micro-cap investors in biotech companies, for instance, say their picks center on management strength, capital structure (especially debt), pipeline opportunity, and whether they may be marked for a potential tie-up with a bigger company, for instance—all factors they might use for evaluating any stock. Micro-caps may focus on a few products and have limited exposure (that’s good and bad) to international markets, meaning they tend to benefit from dollar strength. It’s these inefficiencies that can help quality stand out from the duds.

Penny stocks offer a reading on the broader distressed debt and equity markets. Sometimes they’re simply small companies looking to break out, or they may be established companies that got delisted from the major exchanges. Some foreign companies that don’t want to go through the exhaustive and pricey exercise of listing on U.S. exchanges opt to list over the counter, or off-exchange. In other words, don’t count out their telling powers just because they’re small.

So how did that sports-clothing stock story work out? It was a simple matter of supply and demand. Because the penny stock was so thinly traded, there weren’t enough sellers to cover $10,000 in $2 trades. A hungry buyer then has to keep upping the price until he finds more sellers to fulfill the $10,000 order. Once the order was completed, the stock price dropped precipitously because—back to supply and demand—there was no one else out there to buy it at $8 a share.

Micro-cap or penny stocks are typically under $5 a piece. Generally, they are low-priced shares of small-cap, mostly distressed companies. Definitions vary, but in general, a stock with a market capitalization between $50 million and $300 million is a micro-cap (less than $50 million is a nano-cap).

There’s very little information on these companies, which is why they can be prone to manipulation. The smallest aren’t traded on any exchanges like the New York Stock Exchange or NASDAQ, mostly because of the strict listing requirements, but you can buy them through a broker, and they do have to file documentation with the Securities and Exchange Commission. Also be aware that some stocks are not on an exchange expressly because they have not filed anything with SEC for some time.

What’s the attraction, then? For their part, willing investors sometimes assign a positive correlation between the number of stocks or shares a person owns and his or her returns.

The SEC is big on warning investors to beware of the bad guys who create bogus companies and promote them through newsletters, social media, telemarketing, and more. “Unwitting investors then purchase the stock in droves, creating high demand and pumping up the price. Fraudsters frequently use this ploy with small, thinly traded companies because it’s easier to manipulate a stock when there’s little or no information available about the company,” the SEC says.

So buyers—and sellers—beware. Tracking these shares doesn’t mean you have to jump in.

Not for the Faint of Heart

As with any investment, do your homework first. Here are some other tips:

Consider the source. “When you see an offer on the Internet, assume it is a scam until you can prove through your own research that it’s legitimate,” the SEC says.

Independently verify claims. It’s easy to make grandiose claims about new product developments, lucrative contracts, and financial health. Substantiate the claims by calling the company and talking to executives, asking them to send you regulatory filings like 10Qs and annual reports. Try a Google Map search. Is it a real business?

Research the opportunity. The SEC’s EDGAR database is a wealth of information for registered companies. Check with your state’s securities regulator, too.

Always be skeptical. The SEC has some practical advice: “Whenever someone you don’t know offers you a hot stock tip, ask yourself, ‘Why me? Why is this stranger giving me this tip? How might he or she benefit if I trade?’”

Dig deeper with Stock Screener. Log in to your account at tdameritrade.com > Research & Ideas > Screeners > Stocks. Then select the criteria that are important to you.