Tech Time Machine: What’s Changed Since 2000, and What Hasn’t

Some investors draw parallels between the Nasdaq Composite index now versus that of the late 1990s and early 2000, but there may be more to the story. 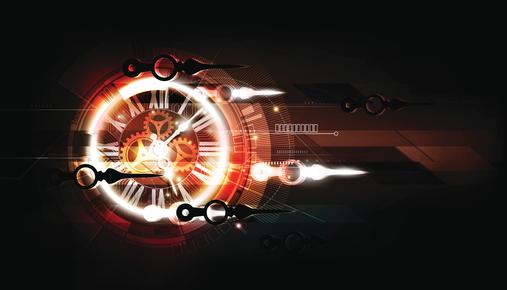 Technology has delivered many amazing advancements for humankind, but, alas, a time machine isn’t one of them.

Nonetheless, the recent tumble in U.S. technology stocks, like many such downdrafts preceding it, inevitably conjures a trip back to the winter and spring of 2000. March of that year marked the bursting of the 1990s tech bubble, with the Nasdaq Composite Index (COMP) closing at a then-record 5,046.86, and proceeding to lose nearly 75 percent of its value by late 2002.

The sell-off was triggered in part by a report from a Goldman Sachs (GS) analyst, who wrote that the recent tech rally “evoked memories (nightmares?) for some investors of the last euphoric Nasdaq run, including yours truly,” according to news reports.

So, are we facing down a possible 2000-style repeat? Not necessarily, some market professionals say – sizing up the tech universe of 2017 against its 2000 counterpart is hardly an apples-to-apples comparison. So, so much has changed. But investors would be wise to consider several factors:

The Nasdaq Composite’s price-to-earnings (P/E) ratio for the trailing 12 months is currently around 27, up from about 22.5 last year at this time, according to the Wall Street Journal. (In 1999-2000, the Nasdaq P/E surpassed 100, according to Nasdaq data).

For certain Nasdaq components, P/Es are even more extreme, at just under or just above 200. Investors may want to ask themselves, how much more upside can there be?

For retail investors, “they are likely looking at lower long-term returns when buying stocks at an above-average P/E multiple,” says Patrick O'Hare, chief market analyst at Briefing.com, noting that the persistently low interest rates we’ve had for several years can fuel speculation.

While many companies in the Nasdaq carry lofty valuations, there are good reasons for that: so many people use their products and services.

Furthermore, how we value businesses in today’s digital, mobile age is different in several ways from 17 years ago.

“So I don’t think it’s entirely appropriate to compare the multiples today to the tech bubble as accounting rules and other factors have changed dramatically since then,” says Cruz. “You’re also seeing a significant increase in time spent online and transactions executed online over that time period as well.”

Cruz noted that a tech company may have what appears to be a high P/E; however, if you check a more present-day kind of gauge, such as “price-to-monthly-active-users,” the stock may be more in-line with its peers.

Keep an Eye on the Number-Crunchers

However profitable a tech company is, analysts’ stock ratings upgrades or downgrades, or other pronouncements, can move the share price higher or lower, so this bears watching.

Different types of tech companies are judged by different types of multiples, so investors should educate themselves on which metrics matter most to, for example, a social media site versus an online retailer.

Big and Getting Bigger

Some industry analysts recently cited the growing, and perhaps disproportionate, influence of a handful of major tech names on the overall market.

The “High Five” of Apple (AAPL), Alphabet (GOOG, parent of Google), Microsoft (MSFT), Amazon.com (AMZN) and Facebook (FB) currently have a combined market capitalization of $2.83 trillion, or approximately 13 percent of the S&P 500 market value, according to Briefing.com’s O’Hare.

A key question for investors: are you riding the trend, or following the crowd?

“More often than not,” says O’Hare, “when ‘everyone’ is buying the same stocks, and touting their respective prospects, is when a counter-trend move is prone to occur.”

“That’s because the pool of marginal buyers (or some might say ‘greater fools’) gets shallow, leaving the stocks more vulnerable to a profit-taking move that can feed on itself, as those in position to take profits don’t want to be the ones left holding the bag out of concern the selling activity could be the start of a larger, corrective move,” he says.

For investors who feel overexposed to a particular sector or stock, “it may be a good idea to consider hedging or portfolio rebalancing,” Cruz added.

Want to conduct your own market analysis?

Learn how certain techniques and charts can help you determine when to consider buying and selling stocks using technical analysis.

Stock investing involves risks including the possible loss of principal.