Starting Out Young: The Value of Investing in Yourself

Learn about the value of investing for early savers. 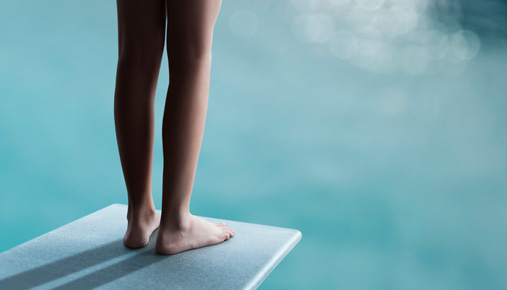 Thinking about long-term investments may conjure up rather dry, gray images of stocks and bonds, advisors and 401(k) plans. But young people starting their financial journey should have something different in mind: Themselves.

“When you’re 30, being 50 is outside of most people’s thought process, but one of the greatest investments you can make for yourself is to start putting money away at that age,” said JJ Kinahan, chief market strategist at TD Ameritrade. “It should be an investment in yourself—in the future of you. The whole concept of investing in yourself, outside of education, is something people don’t think about.”

Seeing we’re in the middle of winter, it’s a good time to gather around the proverbial fire, sip some cider (a strong one, if you’d like), and hear from Kinahan and other investment experts about ways that young people can get started on their financial paths, with the ultimate goal of steering toward a healthy, happy retirement. The other two experts we’ve invited are Patrick O’Hare, chief market analyst at Briefing.com, and Sam Stovall, chief investment strategist at CFRA. Here are the reasons they think young people need to invest in the market to ultimately make the best investments in themselves:

So how does compounding help? Imagine an investor who, starting at age 25, puts $2,000 into the market every year for eight years, versus another investor who waits until they’re 33 to start putting money away. At an average annual return of 8%, the first investor would only have to invest that initial $16,000 to come out with nearly $125,000 at age 55, according to research from S&P Global Market Intelligence. The second investor would have to invest nearly three times as much, and even then would be several thousand dollars behind the first investor when they turn 55.

The markets may rise and fall, but long-term investing tends to pay off. Many young investors, say those between 25 and 34, have never known a world unaffected by the huge tech bubble crash of 2000–02 as well as the Great Recession and stock market breakdown of 2007–08. “Young investors have to deal with the disappointment that their parents experienced,” Stovall said. “They were in a sense given two very meaningful and closely tied experiences: yes, stocks can get overpriced, and you can get slammed. It’s almost like growing up in the 1930s.”

But historical experience backs up the value of long-term investment in the stock market. “Cash can provide security and peace of mind, but it ultimately won’t compound at a rate you need to cover future needs—things that a lot of millennials might not have on their minds now, such as the cost of their own children’s education,” O’Hare said. “Take a look at the market on March 6, 2009, compared to today. The S&P 500 before dividends is up about 220%. That’s about 220% more than what your savings account paid you.” O’Hare points out that the average historical return from stocks is around 9%.

Investing earlier sets up the possibility of better returns. The younger you are, the more you can consider a little risk. And although risky bets in the stock market sometimes flame out, risk can also pay off big, as anyone who took a chance on brand-new stocks called Microsoft (MSFT) in 1986 or Amazon (AMZN) in 1997 could probably tell you.

“The younger you are, the more risk you can take, because you have time to make the money back” on any losses, Kinahan said. “If you’re going to go riskier, now is the time to do it.”

O’Hare said that with that in mind, young investors can look at more growth-oriented stocks, perhaps in the tech, health care, and consumer discretionary sectors. They may also want consider somewhat risky but also potentially fast-growing investments in international markets.

Investing gives you a better chance to beat inflation. Stovall said he often visits high schools and talks to young people about money and investing. He tells them a bottle of Coca-Cola cost 15 cents when he was their age. Now it costs $1.50. That means by the time these kids are as old as Stovall, a can of Coke could be $15. “It used to be that with a $50,000 house, you were rich; now it won’t even get you an addition to your garage,” Stovall said. “You have to outpace inflation and taxes.”

How to Get Started

With all those reasons to invest, what should young investors know before they get in? It’s not enough to simply commit to investing, our experts said. It’s important for newer investors to take the right first steps and to understand how the stock market works. “There’s a potential for performance-chasing with names they know well because they use the products and services on a daily basis,” O’Hare said. “They’ve got mind share, whether it’s Google [GOOG], Facebook [FB], or Amazon [AMZN], but there’s more to it. A $100 stock may be cheaper than a $10 stock.”

Here’s some advice our experts have for investors just starting out.

Before investing, build an emergency fund. It’s important to have at least a few months of cash in the bank to meet your daily living needs before putting money into the markets. “You could lose your job, and the economy could go down, making it harder to find a new job,” Stovall said. “In that scenario, share prices are probably down, and the last thing you want is to sell your investments at a low price.”

Make a plan. Many young investors (and older investors, as well) simply don’t spend enough time researching the market and taking time to make the best possible choices. Don’t be that way, because lack of planning can come back to bite you. “Spend as much time per quarter looking at your future and investments as you do planning your vacation,” Kinahan advised.

Be patient and consider buying for the long term. Being invested in a company means, in a sense, owning it. And that often means making a long-term commitment. “In this day and age, with day trading, many have a strong pursuit to just own a stock,” O’Hare said. “They’re in and out and done. Whereas Mr. [Warren] Buffett is interested in having an ownership position in a company, and you can see how that turned out for him.”

Keep emotions out of it. If you’re the emotional type and don’t trust yourself not to run from the market when times are bad or pile in when times are good, perhaps consider having someone else, a professional financial expert, invest for you. Experienced investors understand their weaknesses and plan accordingly. “I’m so emotional, I can experience fear and greed at the same time,” Stovall quipped.

Use your company’s 401(k) plan. Many young people don’t give much thought to the stock market until they join a company and get the chance to participate in a retirement plan. “Why not participate in a 401(k)?” Stovall asks. “Does anyone here not like free money?”

Don’t confuse Wall Street with Vegas. “If you want to make a quick 200% return, you’re better off going to Vegas and getting a free drink while you lose your money,” Kinahan said. “Here in the market, it’s about long-term, smart accumulation. Think about accumulation rather than getting rich quick. This is not a sprint; it’s a marathon, and, as any marathon runner can tell you, it’s important to just take the next step and keep your pace. With each step, the finish line is closer.”

Securities mentioned are for illustrative purposes only and are not a recommendation.

TD Ameritrade and the third party mentioned are separate and unaffiliated and not responsible for each others policies.