High-yield corporate bonds are surging after an oil-related dip. But these bonds hold more risk than investment-grade issues. How do investors decide? 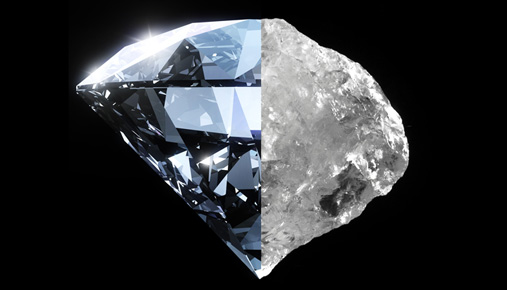 Investors looking to add fixed income to their portfolios face a trade-off of sorts: The safest government bonds currently pay very low yields, while higher-yielding corporate bonds are more prone to default and recently suffered a slump. In the current low interest rate environment, how can investors decide?

Although there’s no one-size-fits-all formula, high-yield corporate bonds are strengthening after a two-year dip, and defaults have been low. That said, U.S. Treasury bonds are considered among the safest investments around.

Three popular types of bonds are corporate, municipal, or Treasury. Of the three, high-yield corporate bonds represent the most aggressive investment, and Treasury bonds the least.

“The biggest driver of the difference is the credit quality of the issuers of the bond,” said Devin Ekberg, content manager and writer for Investools. “A high-yield bond issuer is typically a company that doesn’t have as strong a track record or as strong financials as someone who can issue a bond at investment grade.” Investment grade is BBB or above, as rated by Standard & Poor’s.

Ten-year U.S. Treasury bonds pay around 1.9% based on the 10-year Treasury Note Yield (TNX). Municipalities also issue bonds, and the yield of those bonds depends on finances at the local level. One advantage of municipals is that they’re usually tax-free. Corporations issue bonds as well, and their yield depends on the perceived quality of the company. The better the company’s perceived financials, the lower the rate at which it can borrow, and consequently the lower the yield.

“Starting in 2014 and more so in 2015, high-yield bonds took a huge hit,” Ekberg said. “At some point, about 20% of the high-yield bond market was energy companies. So conventional wisdom was that with oil prices crashing, it would put pressure on oil companies, putting put them in danger of default, and that took all the high-yield bonds as a group with it.” 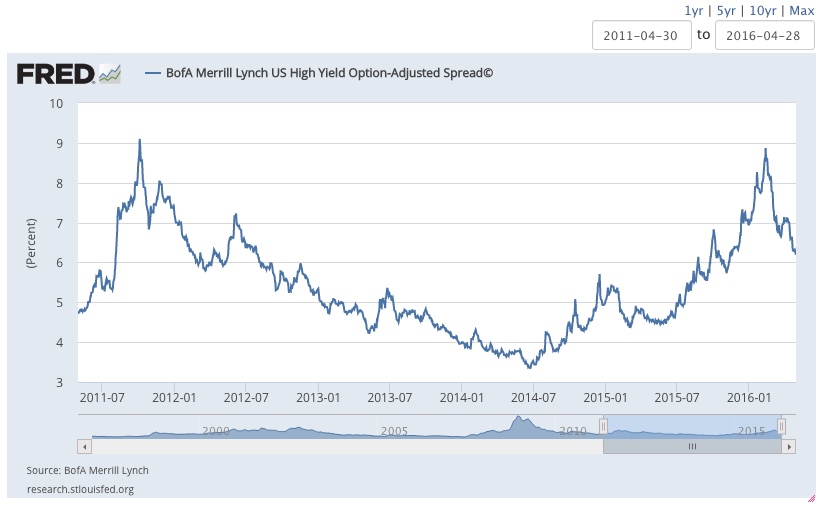 The spread between Treasury yields and high-yield corporate bonds soared this year as investors began to discount oil’s effect on the high-yield market. Data source: Bank of America Merrill Lynch. Image source: Federal Reserve Bank of St. Louis. For illustrative purposes only. Past performance does not guarantee future results.

In a recent note, Goldman Sachs said it sees a diminishing oil-credit correlation. It noted that the high-yield market keeps rallying despite weakness in oil, and recommended investing in high-yield bonds.

Aggressive investments like high-yield bonds aren’t for everyone. But the current low interest rate environment does make their yields look lofty.

“Low interest rates definitely drive the chase for yield we’ve seen in the last six to seven years,” Ekberg said. “If an investor is looking at a corporate-grade bond of high quality, they won’t get a lot of yield for it. If high-yield companies aren’t in as much danger, investors would be willing to take on extra risk with high yield, and so far it’s paid off because the rate of defaults hasn’t been higher. But you are making the decision to take on additional risk.”

Ekberg said investors may want to consider high-yield bonds that are “on the cusp” of being investment grade. “The key is to buy them before they get upgraded, at a cheaper price and higher yield.”

Be a Bond Wizard

Whether you’re just starting to learn about fixed income or a seasoned expert, Bond Wizard can help your strategy.