More Than a Game: The Big Business of Video Games 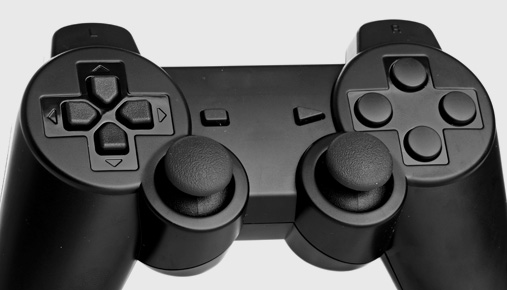 The gaming industry is big business, and much of it is driven by adults. According to the Entertainment Software Association’s (ESA) “2015 Essential Facts About the Computer and Video Game Industry” research report, Americans spent a total of $22.41 billion in the gaming industry in 2014. The average age of a gamer is 35 years old.

And the Pew Research Center notes that the gender split between men and woman is nearly equal, with 50% of men and 48% of women saying they play video games.

But video games are not just a U.S. phenomenon. In PricewaterhouseCoopers’ (PwC) “Global Entertainment and Media Outlook 2015–2019” research report, the firm says global video-game-related revenue is likely to grow steadily.

Even with the strong sales in gaming, ESA noted since 2010 there’s been a bit of a slowdown in the sector. In 2014, U.S. computer and video game dollar sales were $15.4 billion, versus $17.1 billion in 2010. All of that slowdown comes from a decline in video console and computer games, which were $5.75 billion in 2014. Games in other formats, including subscriptions, mobile apps, and social networking games, reached a new high of $9.9 billion, ESA said.

However, PwC noted that even with the decline in consoles, they expect a solid rebound.

“After recovering from slower growth driven by the end of the previous games console cycle, we believe that total global video games revenue will rise at a CAGR [compounded annual growth rate] of 5.7% over the forecast period to reach US$93.18bn by 2019,” the research firm said.

Don’t fret for the makers of traditional video game hardware like Sony (SNE), which makes PlayStation; Microsoft (MSFT), which makes Xbox; and Nintendo (NTDOY), the maker of Wii.

Of the three main producers, Sony can point to strong revenues tied to its games division, as first-quarter earnings show, and the company is set to release PlayStation VR later this year. Microsoft doesn’t break out sales of its Xbox consoles. Nintendo isn’t expected to have a new system until 2017.

PwC said the peak of hardware sales for the latest generation of consoles will likely be between 2017 and 2018: “the decline of traditional gaming hardware will not impact revenue.”

That’s likely good news for companies that sell games, like GameStop (GME) and Best Buy (BBY), as well as makers of video games, such as Electronic Arts (EA) and Activision Blizzard (ATVI).

And the traditional gaming firms are making their forays into mobile apps. Nintendo has created Miitomo, called one of the best iPhone apps for 2016 by Digital Trends magazine. Investors interested in the social video games have a few publicly traded names to choose from, including Zynga (ZNGA), maker of Farmville, and King Digital Entertainment (KING), creator of Candy Crush Saga.

All those strong game sales mean time spent playing Call of Duty or The Sims is really portfolio research, right?

Use Stock Screener to find securities that match your research criteria.