Do Markets Care Who Controls the White House, Congress?

Does the prevailing political party, Democratic or Republican, really make a difference to the stock market? 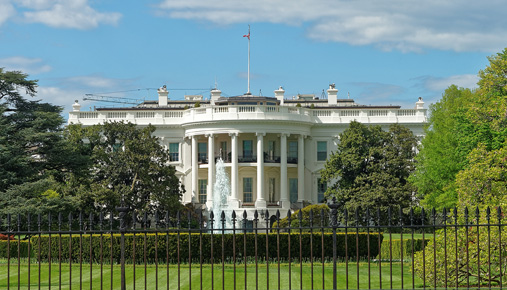 It’s a familiar question, asked just about every election year: Does the stock market perform better under Democratic or Republican control of Washington?

Republicans might reminisce about the 1980s, when stocks galloped upward during Republican Ronald Reagan’s presidency. Democrats might point to the huge stock market rally of the 1990s under the presidency of Democrat Bill Clinton.

But the numbers tell a more complex story, and it involves Congress, too. History shows that the S&P 500 Index (SPX) has done best under Democratic presidents, but even better when Republicans control Congress. That said, it’s hard to prove that the market truly responds to who pulls the levers in Washington in the first place, or that either party can logically claim credit or be blamed for the market’s performance.

“Simply put, the comparability between historical administrations is so difficult that it renders a statistical analysis completely unreliable,” warns Devin Ekberg.

Ekberg definitely has a point, but leaving that aside for the moment, what did past returns do?

What History Tells Us

Does the market’s performance under a given president directly reflect that president’s policies? Or, put another way, can a president take credit for the market’s strong performance or be blamed for its weak performance? Not necessarily, says Sam Stovall, U.S. equity strategist at S&P Global.

In other words, external factors like the condition of the market in the years before a president’s election and the Fed’s policies can have a big effect on stocks’ performance. And that’s often beyond the control of a president.

It’s also important to put the SPX’s CAGR into context, because comparing results under different presidents is often like comparing apples to oranges. For example, the average CAGR was a robust 18.6% under Ford, but Ford served only a little over two years as president. In the administrations of recent two-term Republican presidents Dwight Eisenhower, Ronald Reagan, and George W. Bush, the SPX’s average CAGR was all over the map, rising 10.3% under Eisenhower, climbing 9.4% under Reagan, and then falling 4.6% under George W. Bush.

For Democratic two-term presidents, the best average CAGR came under Bill Clinton, with a rise of 14.9%, followed by Barack Obama at 12.4%.

Looking at the president alone, however, doesn’t tell the whole story. The average CAGR under Democratic presidents may have been stronger than under Republicans, but Republicans may take comfort from stocks’ performance in conjunction with Congress. Since 1945, there have been 16 years in which Republicans controlled the House and the Senate, and those 16 years saw average CAGR rise 13.4%, compared with 7.4% in the 44 years when both branches were controlled by Democrats.

“In some ways, here’s a perfect example that data can tell whatever story you want it to tell,” Stovall said. “If you want to make the case it’s better to have Democrats in government, well then look to the president. If you want to make Republicans look better, look to Congress.”

Keep in mind that with congressional data, there’s a time element. Republicans had control of both houses for less than half the years that Democrats did. Additionally, some of the times Republicans controlled both the House and Senate came under Democratic presidents Clinton and Obama.

Remember that Old Adage About Correlation

Ekberg warns that various data problems, including small sample size, make it even more difficult to compare how the market did under various political scenarios. And, like Stovall, he notes that fundamental factors unrelated to the president or party play a huge role in determining market performance.

“My issue on equating stock returns to U.S. presidential party is that it reduces the most complex financial system on earth to a single factor, and ignores far bigger multi-factor influences in stock returns like interest rates, macroeconomics, and currency regimes,” Ekberg said. “It also ignores timing differences between policy changes and their effects, which are most often variable and lagged, if they can be linked at all.”

A better analysis, Ekberg said, would be to forecast how specific policy decisions could affect certain segments of the market, and adjust future forecasts accordingly.

So what’s the takeaway? Perhaps that it can be fun to argue over which party helps the stock market more, as long as we keep in mind that old adage: “Correlation doesn’t imply causation.” No matter what the candidates and their supporters might say.

S&P Global Market Intelligence is separate from and not affiliated with TD Ameritrade, which is not responsible for their services or policies.