The Augmented World Expo kicks off May 30. Here’s an introduction to the technology, a look at participating companies, and some thoughts on investing in virtual reality stocks. 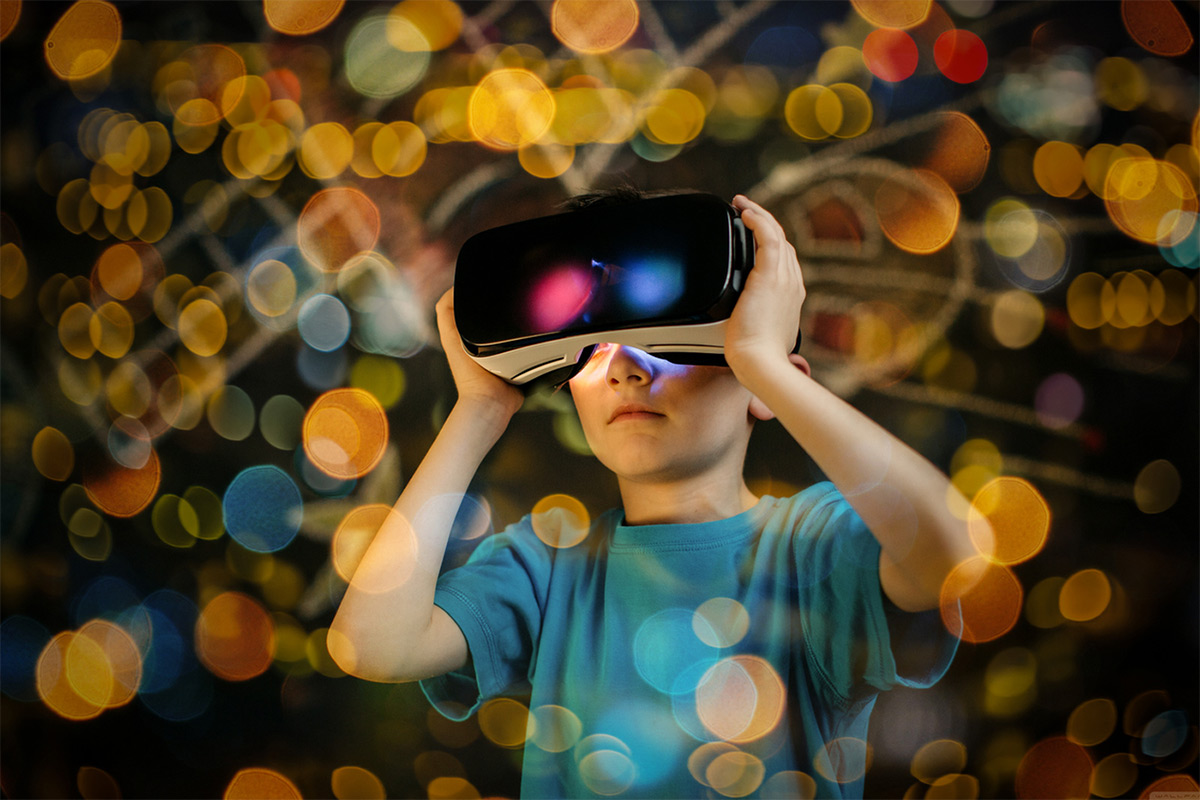 The emerging field of augmented and virtual reality (AR/VR) takes the spotlight as key innovators prepare to present at the three-day Augmented World Expo (AWE) starting today, May 30.

In a nutshell, the expo in Santa Clara, Calif., provides attendees with a first-hand look at the innovative pulse driving this industry: namely, virtual reality stocks at the forefront of virtual and augmented reality technology. For investors, AWE offers a unique glimpse into this brave new industry from beneath the substratum of popular media coverage and mainstream awareness.

For those unclear with the terms virtual reality, augmented reality, and mixed reality, here’s a brief description and comparison:

Imagine being able to accomplish your tasks with the aid of real-time virtual objects, images, or information superimposed over your field of perception (augmented reality). Next, imagine being able to collaborate with people in remote locations yet “side-by-side” in a virtual room, sampling a hotel room from across the globe, or even walking through a virtual representation of a “completed” building currently under construction (virtual reality).

VR/AR applications, many of whose early iterations are already in use, are potentially far-reaching, scalable, and wide open; their technologies under continual development across a wide spectrum of fields including aviation, business, communications, construction, design, education, entertainment (including gaming and esports), healthcare, manufacturing, marketing, travel, and therapy.

Considering that approximately 30% of the world’s population is comprised of active gamers—2.2 billion people play video games, according to market intelligence firm NewZoo—it may not be surprising to note that entertainment and gaming are two industries pioneering the use of immersive VR gaming. Esports - or competitive video gaming tournaments have now become a growing trend edging toward mainstream status. NewZoo estimates that esports revenue in 2018 will grow to $115.8 billion.

What is the Growth Potential?

The International Data Corporation (IDC) forecasts 17.8 billion to be spent worldwideon VR/AR technology in 2018. As measured by Statista, there are currently 171 million active VR users worldwide, a 90% increase in active users from 2017 However, only 4% of internet users around the world owned a VR headset at the end of 2017, according to analytics firm GlobalWebIndex.  Why such a low percentage? The likeliest reason is that most of these users may be VR “early adopters,” a term that designates enthusiasts who are willing to engage the new technologies and products prior to mainstream adoption. Another possible reason is that VR technology has been relatively expensive, as only 15% of those early adopters, according to GlobalWebIndex, are at the bottom income bracket.

According to Futuresource Consulting’s VR Tracker Report, location-based VR entertainment venues alone (such as VR arcades) are expected to generate more than $800 million in worldwide revenue by 2022, with $299 million forecasted to be spent in 2018. By 2022, that amount is expected to grow to $809 million,  according to Variety.com.

There are numerous exhibitors and presenters listed on the expo agenda, the more well-known augmented and virtual reality companies being Alphabet (GOOGL), Lockheed Martin (LMT), Microsoft (MSFT), Viacom’s (VIA) Nickelodeon, and Time Warner’s (TWX) Warner Bros, to name a few. But there are also others representing innovative companies that might be more well-known among tech industry peers than the general public.

As with most industries experiencing a boom in demand, expansion often invites competition, which in turn may increase efficiency, driving down costs. The VR/AR industry, whose products have historically been expensive, is now exhibiting these traits, edging closer to a mainstream market. For instance, Facebook’s Oculus Go, with its $200 price tag, is already selling at a price that is 50% less than the average VR system.

Who are the Major Players?

Three of the largest tech giants that are currently at the forefront of VR/AR development are Facebook(FB), whose products include Oculus RIft; Oculus Go all-in-one headset; and camera effects platform among others; Alphabet(GOOGL), with products including Daydream View VR system; VR180 camera; and Google Glass; and Apple(AAPL), which is reportedly developing a VR/AR system including aheadset that can integrate with future iOS devices.

Of course, VR/AR is only one aspect of changing technology across the industry. At a conference earlier this month, GOOGL offered investors a look at some of its recent innovation.

It’s possible that revenue could at first be driven by virtual reality and augmented reality companies directly selling VR/AR hardware, after which companies developing software will be the main drivers, analysts familiar with the space have told the media. Revenue for chipmakers and other companies manufacturing VR/AR tech components could potentially depend on hardware sales and demand.

Investors interested in VR/AR might face the decision of whether to look for a company whose main source of revenue depends on the success of the VR/AR as a whole, or at bigger companies in VR/AR development that draw wider revenue from other sources.

Check out our schedule of upcoming webcasts, or watch one of the many archived ones. From daily market commentary to info for active traders and long-term investors, there’s something for everyone.

If you’re looking for in-person experience, check out our calendar to see if there’s an upcoming investor event or workshop in your area.

Also check out the TD Ameritrade Network, which is live programming that brings you market news and helps you hone your trading knowledge.