Vertical spreads are fairly versatile when taking a directional stance. But what if you're stuck in a range-bound market? Learn about iron condor strategies. 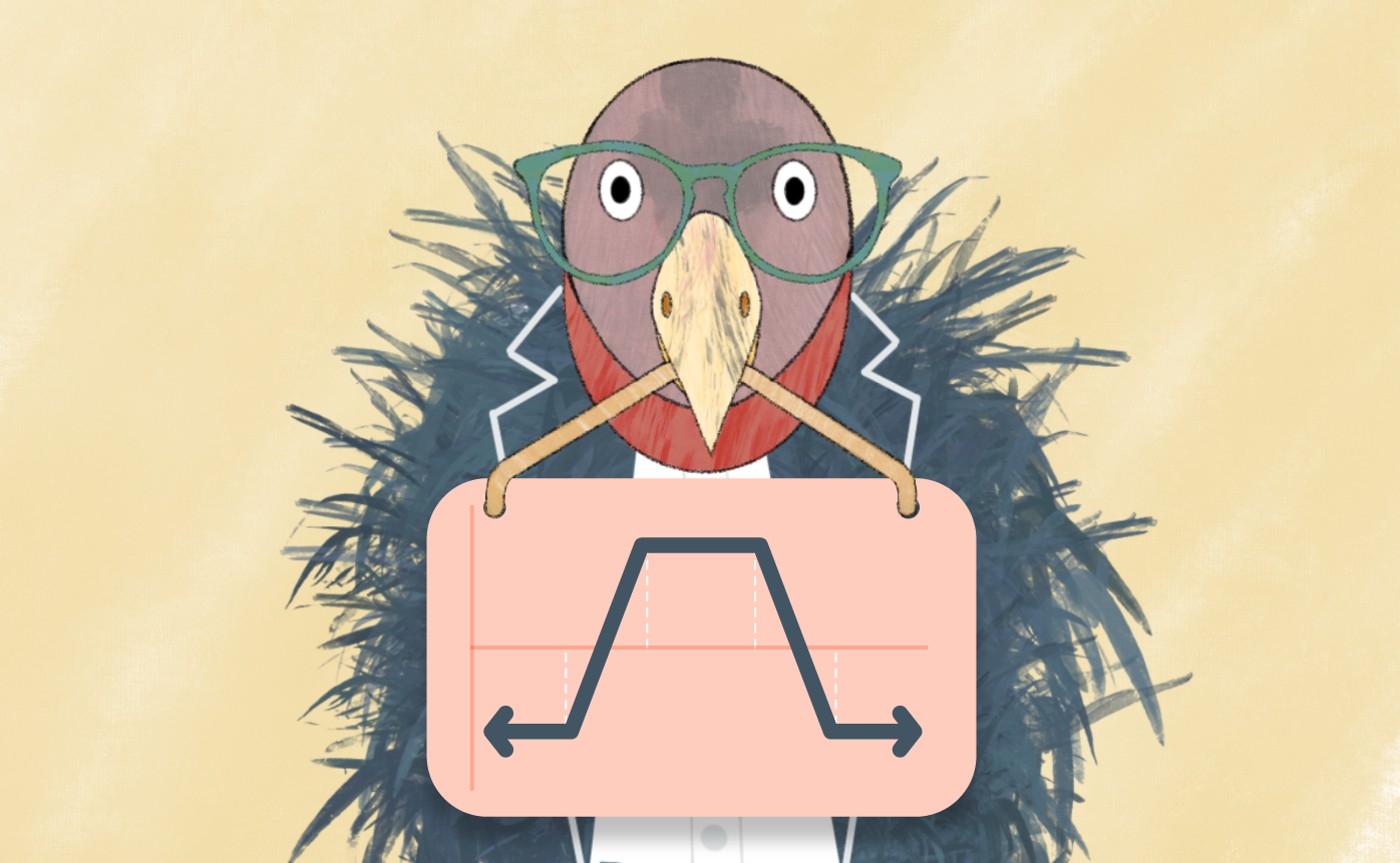 Vertical credit spreads are fairly versatile for taking a directional stance. Selling a put vertical spread would be a bullish trade. Selling a call vertical spread would be a bearish trade. Plus, when selling verticals, the risk is defined: It’s limited to the width of the long and short strikes minus the premium collected (and minus transaction costs). But what if your viewpoint is neutral, or if the underlying stock seems stuck in a range-bound market? Enter the iron condor.

The following, like all of our strategy discussions, is strictly for educational purposes. It is not, and should not be considered, individualized advice or a recommendation.

Iron Condor: What’s in a Name?

Don’t be intimidated by this options strategy. Sure, it might sound like a high school garage band or maybe a video game “super boss.” But when you open up the hood of the iron condor strategy, it’s really a combination of two fairly common options strategies, coupled with one awesome-sounding name.

The iron condor is what you get when you combine an out-of-the-money (OTM) short put spread (bullish strategy) and an OTM short call spread (bearish strategy) using options that all expire on the same date. See figure 1 for the risk profile.

But which strike prices do traders typically use for the two spreads? Iron condor strike selection may take some getting used to. You could randomly pick some prices, or you can take a little bit of Goldilocks wisdom, throw in some trader math, and come up with potential strike prices to use in your iron condor options strategy. This doesn’t necessarily mean you’ll have a successful trade, but at least you’ll have a rational framework to work from.

Think about it this way: Selling two different OTM vertical spreads means collecting the premiums from both sides of the iron condor as one order. But the market can’t be in two places at once. So at expiration, only one spread can go against you.

It sounds like you’re able to bring in the premium for two spreads without increasing your risk, right? Well, yes and no. Let’s look at an iron condor example to help explain.

FIGURE 1: IRON CONDOR RISK PROFILE. Note the areas of maximum profit or loss at expiration, as well as the break-even points above and below the short strikes. For illustrative purposes only.

If the stock is above $110 or below $115 through expiration, then both spreads should expire worthless and our trader will keep the $2.59 ($259 per spread) as the profit (minus transaction costs).

But keep in mind that after establishing a short option position, it could be assigned by the option buyer at any time up to expiration, regardless of the in-the-money amount. Need a refresher on the basics of options expiration? Here’s an overview.

Yes, the maximum loss potential is $241 for either the put spread or the call spread, so you haven’t increased your dollar risk by selling both spreads. But you have increased the risk of loss in terms of where the market can go for that loss to happen. For instance, if you had sold only the put spread, as long as the stock stays above $110 through expiration (and you’re not assigned early), the spread should expire worthless. No matter how high the stock rallies above that point—$115, $125, $200 or higher—it’s all the same.

Conversely, if you sold only the call spread, the stock can keep dropping; as long as it stays below $115 through expiration, the call spread should expire worthless.

The iron condor’s success depends on the market staying within a range of prices. That’s where strike selection comes into play for the iron condor options strategy. Figure 2 shows the spread described above with 48 days until expiration. The lighter gray portion in the middle of the risk graph highlights the “one standard deviation” expected range based on the current level of implied volatility.

That’s just a fancy way of saying that, based on current options prices, it’s expected that about 68% of the time the stock will stay within this range until expiration. But that’s an expectation. In the real world, anything can happen.

Keep in mind that carrying options positions into expiration can entail additional risks; for example, an unanticipated exercise/assignment event could occur, or an anticipated event may fail to occur.

Note that in this example the standard deviation falls outside the point of maximum loss. That’s not to say this spread has a high chance of losing money, but rather, such a move wouldn’t be out of the ordinary. Looking for a narrower standard deviation relative to the max profit and loss? Consider an iron condor with fewer days until expiration or one with tighter strike widths. But if you do, remember that each of those choices will likely result in a lower initial premium received. Plus, because it’s a spread with four legs, there will be four transaction charges (commissions and contract fees).

Because the iron condor is a risk-defined strategy, a trader could take advantage of elevated options premiums leading up to an earnings report. The uncertainty surrounding earnings can mean volatility tends to get high. Options premiums typically expand, which could inflate the prices of the individual vertical spreads. So the credits collected when selling an iron condor could be higher.

A trader could consider a short iron condor trading strategy to take advantage of the higher risk premiums based on the following assumptions:

Selecting strikes for an iron condor strategy using a mathematical or fundamental rationale may be better than randomly selecting strike prices, but it doesn’t mean the trade can’t lose if the stock price rises or falls to a level beyond the expected range prior to or at expiration. Options strategies are about trade-offs, and it all comes down to your objectives and risk tolerance.