Retail stores are closing in alarming numbers, but is the traditional shopping center dead? This revolution in retail will take years to shake out. 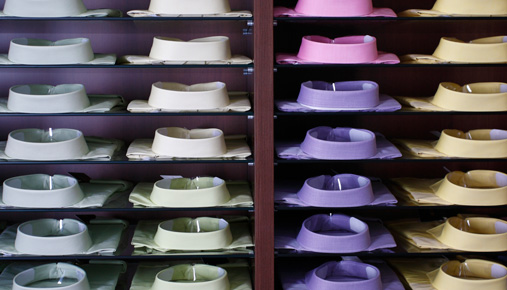 Contrary to popular belief, there will be no death marches for the traditional shopping center of yore. But there will be small and notable burials here and there as the retail industry—the horse that has long drawn this country’s economic wagon—reinvents itself in the age of technology to better capture sales at a time when consumer buying habits are changing dramatically. How will that convert the landscape of the more than 1,000 shopping centers and malls in the U.S.?

That’s still shaking itself out. Revolutions and evolutions, after all, don’t happen overnight. But the modernization in play now may be as transformational as the dawn of the indoor shopping center was in the 1950s or the growing acceptance, by both consumers and merchants, of credit cards and rewards tied to them that began in the late 1980s.

It’s been 20 years since the term “Internet” first was uttered in American households, and despite all the hoopla about online purchases, brick-and-mortar stores are still the place to be to buy merchandise. Yes, major department store retailers are shuttering in alarming numbers, while e-commerce sales—which account for Internet, mobile, and other electronically driven sales activity—have recently been growing annually in mid-double digits, according to the Census Bureau.

In the second quarter of this year, e-commerce sales jumped 15.8% on a year-over-year basis, while total sales climbed only 2.3%. E-commerce accounted for roughly 8% of the $1.2 trillion in total retail sales. Thus, the Census Bureau is telling us that we’re all still shopping in big numbers at brick-and-mortar stores, to the tune of 92% of all retail sales rung up.

Remember this: Long before there was the Great Recession and the slow-as-molasses recovery, the retail industry was lamenting—apparently to deaf ears—that it was overstored as early as the 1980s’ unprecedented building spree of shopping centers, followed by another bustle in the 1990s. The growth in e-commerce, while impressive on a pure numbers basis, is coming off low levels to begin with. Big gains from small bases are still small.

The Evolution of the Shopping Center

Let’s look at the lifespan of the first regional indoor mall in America as a primer of sorts for the malls’ boomer years and beyond. The birth of the regional indoor, climate-controlled shopping center began in an affluent suburb of Minneapolis called Edina, when Southdale Mall opened in October of 1956.

It was the cookie cutter that all other malls would follow for most of the next 60 years: A big, colossal plot that held an oversize, mostly square box with an interior garden/community space. It simplified the shopping experience and refashioned the design of shopping centers inward, versus outward to their parking lots. At Southdale, ring roads were created so customers could drive up, park, and walk into an attractive, often embellished center interior that was dotted with everything from a department-store anchor (the first was Dayton’s, which was bought by Macy’s [M]) to a boutique, a drug store, and a post office.

As malls evolved—and the cost per square foot climbed—their anchor tenants primarily became big-name national retailers like Nordstrom (JWN) and Bloomingdale’s (M), or Sears (SHLD) and JCPenney (JCP) as well as niche stores like Tiffany (TIF) and Claire’s. The tenant coupling gradually moved to the type of mall it was. Luxury malls attracted well-heeled customers and higher rents, while midprice retailers migrated together.

All was well in the American shopping world for decades. People had a place to shop, to congregate, to come of age, and the retail industry had a convenient means of attracting the masses. And then the Internet came along and the world of shopping began to shift once again, albeit slowly at first. As recently as 2005, national retailers were still giving short shrift to the dawn of e-commerce, allocating meager amounts of capital to their online sites and distribution centers, and little time promoting or even talking about them

That all changed when Amazon (AMZN)and other on-line retailers began. It started with books, and then music, and then movies, and … it’s now morphed into fashion, the last bastion of department stores’ hold on sales. Since the 2015 holiday season, retailer after retailer has reported that traffic is slower than anticipated, sales are weak, and consumers don’t seem to be interested in apparel, shoes, or accessories that merchants hoped would sell well again as employment and household income improved.

Facebook, Instagram, and Snapchat took over as community hangouts. Amazon Prime brought one-day and two-day shipping that fulfilled the need for instant gratification, and the cheap overhead costs of online retailing trumped the steeper outlays for operating expenses—think labor, lights, air conditioning, etc.—that are required to keep brick-and-mortar stores open. Smartphones, those personal computers in the palm of your hand, became ubiquitous.

Meanwhile, consumers of all ages and most income ranges started to forgo doling out big bucks for “stuff” in favor of “experiences.” And they didn’t want to pay full price, a sentiment researchers have long tied to the aftermath of the recession. Sure, pricey brands like Kate Spade (KATE) and Lululemon (LULU) emerged with big fanfare, but so too have discount shops like T.J. Maxx (TJX) and Dollar Tree (DLTR). And that then led to a fresh round of outlet stores for the likes of Nordstrom, Neiman Marcus (NMG), and Bloomingdale’s.

Studies also show that consumers want personalized attention. Retailers have that old motto: “The customer is always right,” or as Chicago retailer Marshall Field used to say, “Give the lady what she wants.”

They want to go into stores, as the Census numbers reveal, and they want to be helped, and they want to use their mobile devices while they’re there. That’s good for retailers, it turns out, according to a Deloitte Digital survey that found those who do use personal technology at the store buy merchandise at a 40% higher rate than those who don’t.

What’s more, Deloitte Digital found a “dramatic impact on traffic, spending and loyalty from digital shoppers.” Some 84% of those polled use their devices before or during a shopping trip. Of those, 22% spend more, with just half of them shelling out at least 25% more than they had intended. And 75% said social channels touting product information influenced their shopping behavior and enhanced loyalty.

Some retailers are finally waking up to the ultimate ultimatum—change or die—and are stepping up to the challenge, while others still struggle with the how-to. Macy's, for example, has shuttered stores and laid off thousands of employees in a move that it said wasn’t caused by slowdown in traffic to the stores, per se, but the need to rethink its brick-and-mortar strategy. It has transfigured hundreds of stores into distribution centers of sorts that are able to carry out online orders, keeping hot-selling merchandise closer at hand than in remote warehouses.

“Traffic habits are changing, but it's not leading us to close more stores,” Chief Financial Officer Karen Hoguet told the Wall Street Journal. “Now we can supplement store traffic with Internet sales.”

Best Buy (BBY) helped goose its online sales substantially by stepping up its ship-from-store program, redesigning its stores, and re-training staff with electronic hand-held tablets to help customers coming in to pick up items and even aid “showrooming,” a term that describes looking at an item in-store and price-shopping on a smartphone.

Walmart (WMT) recently scooped up Jet.com, a still-fledgling online retailer taking on Amazon with a wide variety of products at extremely low prices. Jet’s young and innovative chief executive is joining WMT and will head up all of the behemoth retailer’s e-commerce—an initiative that WMT hopes will put its multi-channel strategy on another plane.

From Online Retail to the Streets

At the same time, retailers whose roots were only online are now growing their brands by opening brick-and-mortar stores, taking a page from Apple’s (AAPL) retail playbook. Athleta, Bonobos, Boston Proper, and Warby Parker are moving into spots abandoned when other retailers downsized. And then there are the spinoffs, like Victoria’s Secret Pink, Foot Locker’s House of Hoops, J. Crew’s Madewell, and Kate Spade’s Saturday. Even Amazon is opening up retail spots to widen its brand. And the stores are adding other bells and whistles to draw customers in for more than blue jeans and T-shirts. Urban Outfitters (URBN), for example, bought a pizza chain late last year owned by a well-respected chef that it hopes will draw traffic into and near their stores. Yes, pizzas can be ordered online for in-store pickup.

And the malls themselves are getting in on the game, carving up the space that some retailers have abandoned to create those “experiences” consumers want. The trick for retailers has always been getting foot traffic in the stores. Now the malls are helping with other draws.

“Customers want a physical space that allows them to interact with the merchandise and service professionals and gives them a ‘third place’ away from home or the office to have a social experience, dine, or be entertained,” Michael Kercheval, chief executive of the trade group the International Council of Shopping Centers, said in an industry report.

At the Woodfield Mall in Schaumburg, IL, a suburb of Chicago, there’s plenty of shopping to be done as well as taking in a comedy show, letting the kids romp in an indoor playground, and grabbing a meal at a Pac-Man-themed restaurant that includes 1980s arcade games, bowling, and table tennis—and food that Yelp reviewers rave about.

And at Southdale, stores like Target (TGT) are using beacon technology to alert customers in the store of product recommendations and discounts. Southdale customers can also catch a movie, play ski-ball, and get a marriage license.

So no, retail stores aren’t dead. They’re being reinvented with technological innovations and just plain fun. Long live the mall.

Use Stock Screener to narrow selections based on sectors like technology. Log in at tdameritrade.com > Research & Ideas > Screeners > Stocks.

Learn how to harness technology to generate investing ideas »
Print

Third party sources named above are separate from and not affiliated with TD Ameritrade, which is not responsible for their services or policies.