Investing in different market sectors is a way to diversify your portfolio. Find out which ones may offer the most opportunity for potential growth in 2018. 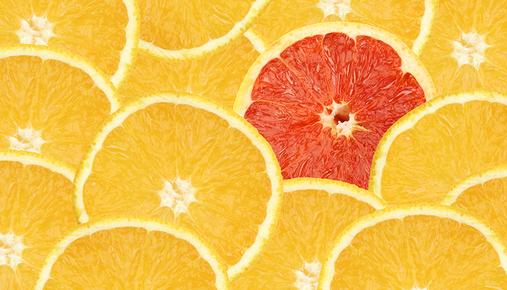 Sector investing often involves trimming and increasing your positions at certain times to help maximize the potential for growth and attempt to manage risk. But knowing what action to take, and when, can be a challenge. You need to understand the current economic conditions and how the different stock sectors may respond.

Let’s take a look at what’s been happening so far in 2018 that might influence sector weightings.

Although the markets were pretty volatile the first few months of the year, the economy still appears to be growing at a moderate pace with inflation holding steady around 2%. In addition, the Federal Reserve has been sticking to its plan to gradually raise interest rates.

This environment seems to be a good one for most of the sectors that make up the S&P 500. Through mid-May, seven of the 11 sectors have positive returns for the year.

Of course, performance fluctuates daily, and there’s always a chance things could change. Potential curveballs include higher oil prices and Treasury yields as well as the geopolitical issues that continue to unfold, such as the tariff debate, the U.S. exit from the Iran nuclear agreement, and tensions with North Korea. Any or all of these developments could fuel concerns about the economy and impact sectors such as energy, industrials, and financials.

Information technology has had some rough patches, but still remains the top-performing investment sector as of late May. The positive momentum is most likely due in part to the FAANG stocks: Facebook (FB), Amazon (AMZN), Apple (AAPL), Netflix (NFLX), and Alphabet (GOOG). FB appears to have rebounded from the privacy issues that plagued it earlier in the year. Plus, AMZN, AAPL, and NFLX all delivered strong earnings in Q1. As these companies go, so typically does the sector. Semiconductors also showed some strength after the administration expressed a willingness to work with the Commerce Department to address the ability of U.S. companies to sell parts and services to Chinese smartphone and telecommunications maker ZTE (ZTCOF). Whether or not this continues may depend on the tone of trade talks with China.

The consumer discretionary sector, which includes restaurants, retail stores, and leisure-related companies, also appears to be holding its own. Strong performance in this area typically signals economic confidence, meaning people feel secure enough in their financial situations to spend money. On a year-over-year basis, retail sales are up more than 4% according to Briefing.com. Low unemployment, wage growth, and modest inflation may all be contributing to this positive sentiment.

Rounding out the top three is energy, which has been benefiting from higher oil prices and increased demand.

The Ones Lagging Behind

As of mid-May, the telecommunication services sector seems to be struggling to gain any traction. Its underperformance may be due partly to increased competition putting pressure on company profits. Rising interest rates may also be a factor. Some investors seek out these high-dividend-paying stocks as an alternative to bonds when interest rates are low.

The real estate sector, which focuses on commercial real estate and multi-family dwellings, also seems to be on a downward trend. This probably isn’t too surprising given the increase in online shopping and the decline in brick-and-mortar stores. On top of that, the supply of apartments may be starting to outpace demand.

Rounding out the bottom three is consumer staples, which is also probably not too surprising because of the current economic environment. Companies in this sector are typically used for defensive positions during downturns and periods of volatility because they’re items people buy regardless of the economy, such as food and beverages.

After a sluggish start, the financials sector appears to be gaining traction due in part to strong performance from the big banks—JP Morgan (JPM), Citigroup (C), Wells Fargo (WFC), and Morgan Stanley (MS)—that’s been driven by a combination of tax reform, solid equity trading, and wealth management revenue. Other potential drivers include higher interest rates and a steepening of the yield curve, both of which may help boost profit margins.

The health care sector also seems to be continuing the push forward that it began last year. However, there have been pockets of volatility driven by competitive pressures, drug pricing, and other regulatory concerns.

Investing in sectors could be a good way to diversify your portfolio and increase the potential for growth. But with this added opportunity comes risk. One way to help manage this risk is to periodically review your sector weightings to see if any changes might be needed given current economic events and your financial goals. TD Ameritrade clients can get stock sector performance information and other news by visiting the Sectors & Industries page after logging into their accounts. If you’d like help reviewing the sectors in your portfolio, consider meeting with a TD Ameritrade Financial Consultant.

Use Stock Screener to narrow selections based on sectors. Learn how to generate potential investing ideas with sectors.