A stochastic oscillator is designed to identify overbought or oversold stock. The indicator can be used to help identify potentially overbought and oversold conditions, divergences, and trend direction. 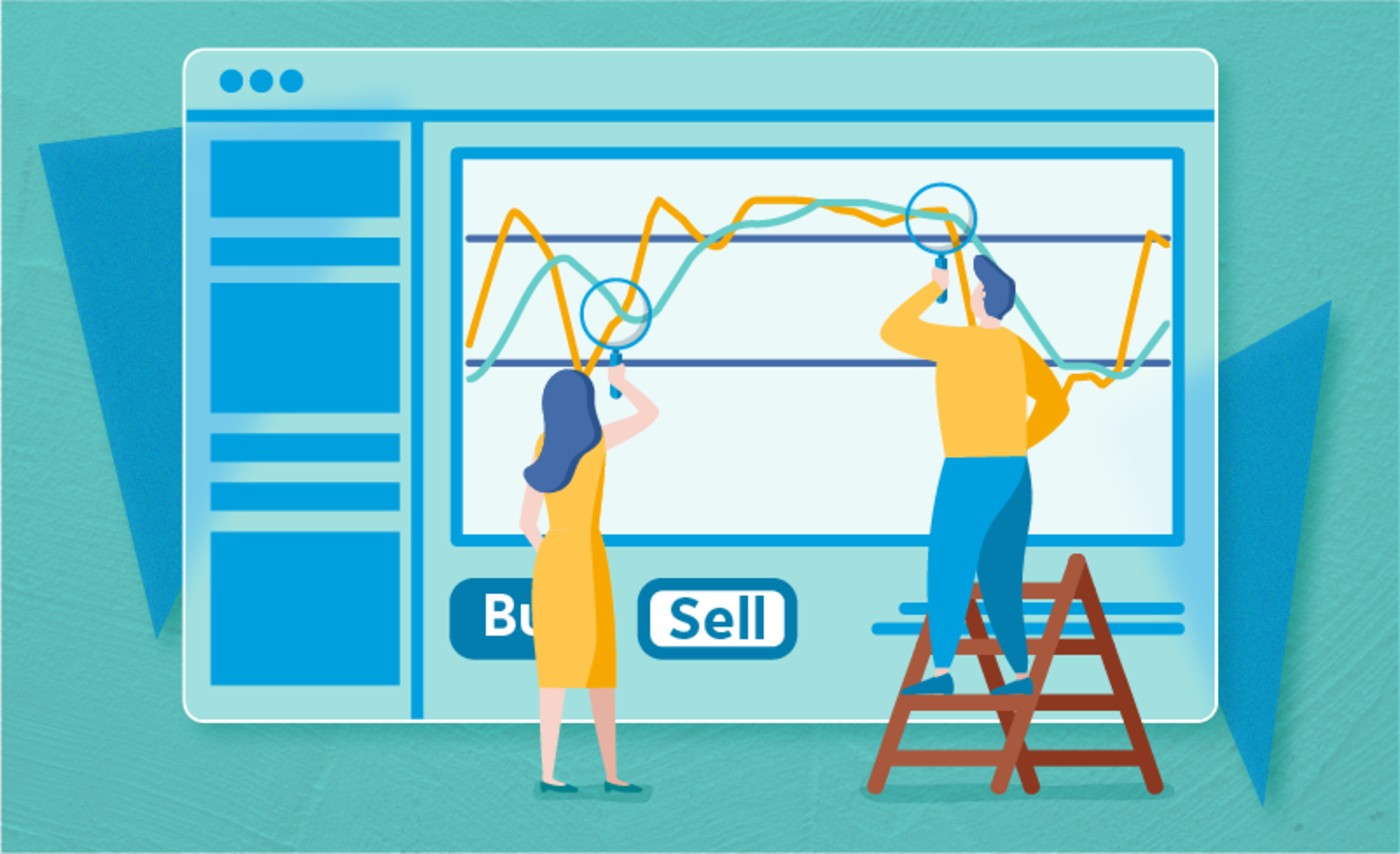 “Stochastics measures the momentum of price. If you visualize a rocket going up in the air—before it can turn down, it must slow down. Momentum changes direction before price ... it is a very sophisticated tool.”

These are the words Dr. George Lane used to describe the stochastic oscillator, one of the most regularly followed technical indicators. Lane, a Chicago futures trader and early proponent of technical analysis, popularized the momentum indicator in the late 1950s.

Stochastics may be popular, but if you’re not clear on how to interpret “overbought” versus “oversold” stocks or how to identify trend direction, you’re not alone. Even some veteran traders have a hard time understanding the mechanics behind the stochastic oscillator. So, let’s break it down and look at how stochastics could potentially be incorporated into your trading.

Long and Short of Stochastics

The default calculations are based on a relatively simple formula, one that might look at home in a 10th grade math book.

The Math Behind the Stochastic Oscillator

The stochastic oscillator is plotted with two lines, the %K line and the %D signal line, defined as follows:

So, which stochastics do you use? That’s really a matter of personal preference. The fast stochastic is likely to give you more trading signals, the slow stochastic will probably give fewer signals, and the full can be somewhere between the two, depending on how you customize it. All three have a similar calculation and move between zero and 100. Try placing all three indicators on your charts and see which one you are more comfortable using.

How to Use the Stochastic Oscillator

Some traders say that stochastics, because of their sensitivity, can be a good indicator to use when a stock is trading in a range. But that’s not to say the stochastics can’t be used when a stock is in a strong trend or to identify trend reversals. You can always consider using the stochastics alongside other technical indicators to help determine potentially overbought and oversold stocks.

FIGURE 1: OVERBOUGHT VS. OVERSOLD CONDITIONS, DIVERGENCES, AND TREND DIRECTION. The stochastic oscillator can show where a stock may have gotten ahead of itself—to the upside as well as the downside. In this example, after an oversold condition, the %K (blue line) crossed over the %D (purple line) to the upside (a potential signal of positive momentum) shortly before price closed above its 20-day SMA (yellow line). A couple months later, the opposite occurred: “overbought” conditions, %K crossed below %D, price closed below the 20-day SMA, and price action diverged from %D. Chart source: The thinkorswim® platform. For illustrative purposes only. Past performance does not guarantee future results.

As with most oscillators, you should first know the direction of the short- or long-term trend of a stock: Is it rising or falling? It’s a good idea to determine the trend over a specific time period. In figure 1, we observed the trend over a 20-day period.

Now let’s bring the slow stochastic indicator into the mix. The %K line often identifies extremes in price movement. When %K moves below 20, it indicates potential weakness (oversold), whereas if it’s above 80 (overbought), it indicates potential strength. In the left white rectangle in figure 1, the %K line reached oversold levels and then started moving higher. It crossed above the %D line—an indication of price trending higher. When price moved above its 20-day SMA, it further confirmed a possible start of an uptrend.

If you turn your attention to the %D line, you’ll see it crossed below 80, then turned up, and again turned lower. The lower %D highs occurring while price moved higher is an example of a bearish divergence and could indicate a price reversal.

Whether slow, fast, or full, stochastic oscillators each have their own individual traits. But the overbought/oversold indicator may require a bit of testing and experimenting with the values to best fit your style of trading. So, bring up the stochastic oscillators on the thinkorswim platform and try them out in your paperMoney® account.

While these principles are the foundation of technical analysis, other approaches, including fundamental analysis, may assert very different views.

All investing involves risk, including the risk of loss of principal.

The paperMoney® trading application is for educational purposes only. Successful virtual trading during one time period does not guarantee successful investing of actual funds during a later time period as market conditions change continuously.