The Santa Claus Rally: Do You Believe in Stock Seasonality?

The so-called January effect and other seasonal patterns have long been part of market vernacular, but investors need to separate reality from myth. 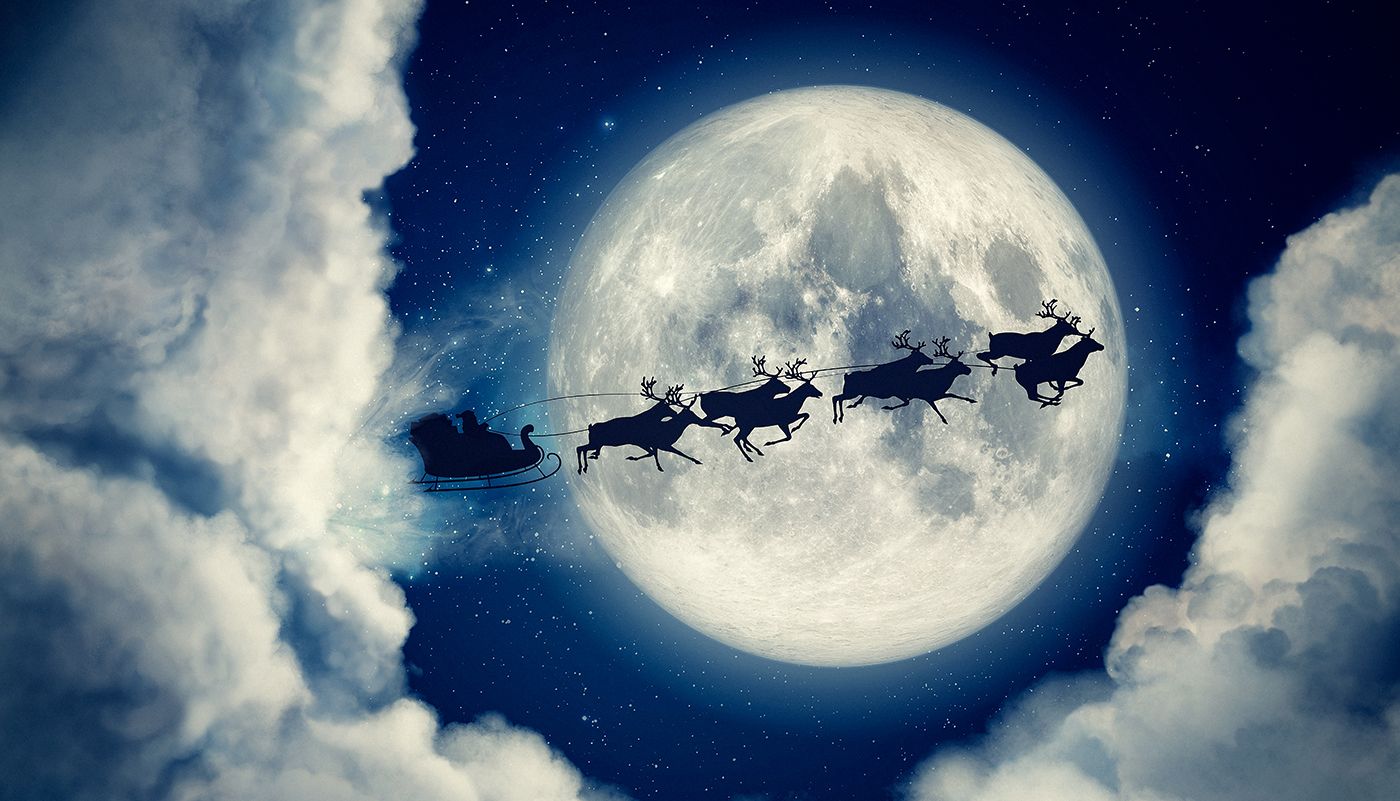 Seasonal market patterns—certain periods of the year when prices in general seem to tend to rise or fall—are as old as the markets themselves. But should you really “sell in May and go away”?

Let’s examine a few long-running axioms and separate reality from myth. Remember, we’re discussing past performance, and past performance is no guarantee of how markets might act now or in the future.

That said, to everything there is a season, whether the subject is shopping, sports, weather, or the markets. The Stock Trader’s Almanac is among many respected authorities to have chronicled and quantified the “Santa Claus rally” and other such phenomena. But investing and trading these cycles isn’t necessarily as simple as the data may suggest.

Let’s take a look at a few of the most widely cited and popularly followed seasonal patterns, try to get a handle on their validity, and identify a few potential pitfalls they pose in an investing or trading strategy.

Sell In May, Go Away

What it means: This timeworn adage suggests investors consider unloading stock holdings ahead of summer, a historically weak period for equity markets.

Why it happens: It's not entirely clear, though some investors prefer to avoid summer markets, when trading volume slows and volatility can increase. Also, portfolio managers who’ve outperformed the broader market during the first four months or so of the year may decide to tap the brakes, figuring they only have to mimic the market’s performance the rest of the way to meet their targets (assuming that the first four months went well).

Upon further review ... Simple, right? Lock in your gains before Memorial Day, pile the kids into the minivan, and head to the summer lake house for some well-earned R&R. Stock-pickers’ efforts to outperform the market in January and February may explain why this adage has lasted so long.

For the Dow Jones Industrial Average ($DJI), November through April have typically been the strongest months, with that stretch clocking an average return of 7.3%, according to the Stock Trader’s Almanac. By comparison, May through October has generated a paltry 0.1%.

Still, it’s probably not accurate to say the summer months are the worst. Between 1945 and 2018, the months of May and July recorded average gains of 0.33% and 1%, according to market research firm CFRA. June has averaged about flat, with August averaging a small loss of about 0.2%. September is arguably still summer, and it’s been the worst month of the year in the post-World War II era, averaging a 0.62% loss.

But selling in May and going away definitely deserves some skepticism. Figure 1 shows how the S&P 500 behaved one recent summer, when any investor who took that adage seriously would have been unhappy by autumn.

FIGURE 1: SUMMERTIME BLUES? NOT NECESSARILY. Although the old saying “sell in May and go away” continues to get quoted in the media, not every summer cooperates. In 2018, for example, the S&P 500 Index (SPX) hit a bottom in early May before climbing nearly steadily into September. Meanwhile, volatility (purple line) stayed relatively muted, despite a reputation for higher summer volatility. Data source: S&P Dow Jones Indices, Cboe. Chart source: The thinkorswim® platform from TD Ameritrade. For illustrative purposes only. Past performance does not guarantee future results.

What it means: Stocks often begin a rally around mid-December that can continue through the end of February, with small-cap companies tending to perform the best. Often embedded in that time frame is a mini-rally that starts around Christmas and lasts a couple weeks. Although this doesn't happen every year, it's happened often enough that some investors notice.

Why it happens: There are a few theories, including buying related to tax considerations, holiday bonuses being put to work in the market, and general optimism on Wall Street.
Upon further review ... In a recent stretch, small-cap stocks outperformed large caps in 40 of the past 43 years during the typical January effect timetable, according to the Stock Trader’s Almanac. When it comes to good old Saint Nick, he’s delivered an average S&P 500 return of 1.6% for the 10 days starting right after Christmas through the first week of the new year. However, small caps tend to be the strongest performers when the market is rallying anyway—regardless of the time of year.
This brings us to another pattern: an up-cycle originating late in the year that’s become so reliable it’s known as the “free lunch” effect. As the fourth quarter winds down, many investors sell their losers and start looking for better prospects, which often leaves stock prices lower in October and November. These lower prices in turn prompt accumulation of shares, which at times has continued through January and February, pushing prices even higher. Seeking even better returns, some investors venture further out on a limb, speculating on small caps they view as undervalued. That’s more fuel for a small-cap rally.

What it means: The performance of the S&P 500 Index during January is a reliable indicator of how the market will perform for the entire year, some analysts say.

Why it happens: Possibly, the January effect reflects investors jumping back into the markets after a holiday break; if the year starts off well, they may be compelled to buy more, and momentum builds.

Upon further review ... This one seems pretty straightforward. If January generates positive returns, so will the full year, and vice versa. Indeed, this indicator has been accurate nearly 75% of the time, according to the Stock Trader’s Almanac.

But here’s one problem: if you’re waiting to enter the market until January is over, you’re going to miss whatever returns were generated that month. Another problem is the whole concept that if January is positive, the year has a higher likelihood of being positive as well. Remember, another 11 months lie ahead on the calendar. Those months could bring rallies, selloffs, and other action that will make anything that happened in January a distant memory. Few investors would be happy with a 10% rally in January that ultimately became just a 1% gain after the year shakes out.

What it means: According to some stock market watchers, the first two years of a U.S. president’s term tend to be accompanied by poor to mediocre stock market returns, while the following two years are stronger.

Why it happens: A new president, the theory goes, works hard to fulfill campaign promises while the market attempts to sort out the implications; the president’s early efforts may be aimed more at political interests, such as social welfare issues, rather than strengthening the economy. By years three and four, he (or she) is back in campaign mode and may be pushing tax cuts, job creation, and other economy-boosting initiatives that could win votes.

Upon further review ... It's been said that if you only invested in stocks in the second two years of every presidential term, you would’ve missed every bear market. Gains for the S&P 500 in the year following presidential elections averaged just 1.6%, although that improved to 4% in the subsequent year, according to the Stock Trader’s Almanac. Third-year returns averaged 10.5%, while election years averaged 5.8%.

However, what was once a reliable phenomenon from the Great Depression into the first term of the Reagan administration has become less and less prominent over the past three decades. Since 2003, the presidential cycle has been practically unrecognizable. For example, see Wall Street’s performance during the first two years of the Donald Trump administration.

This likely reflects the Federal Reserve’s more active role in stimulating the economy, as well as other extraordinary events, such as the dot-com and housing bubbles and the 2008 credit crisis. A set of tax cuts early in Trump’s presidency also helped inject optimism into stocks. In the past decade, an investment strategy based on this cycle was likely buffeted by sharp selloffs and may have missed opportunities to get in on the most recent bull market. 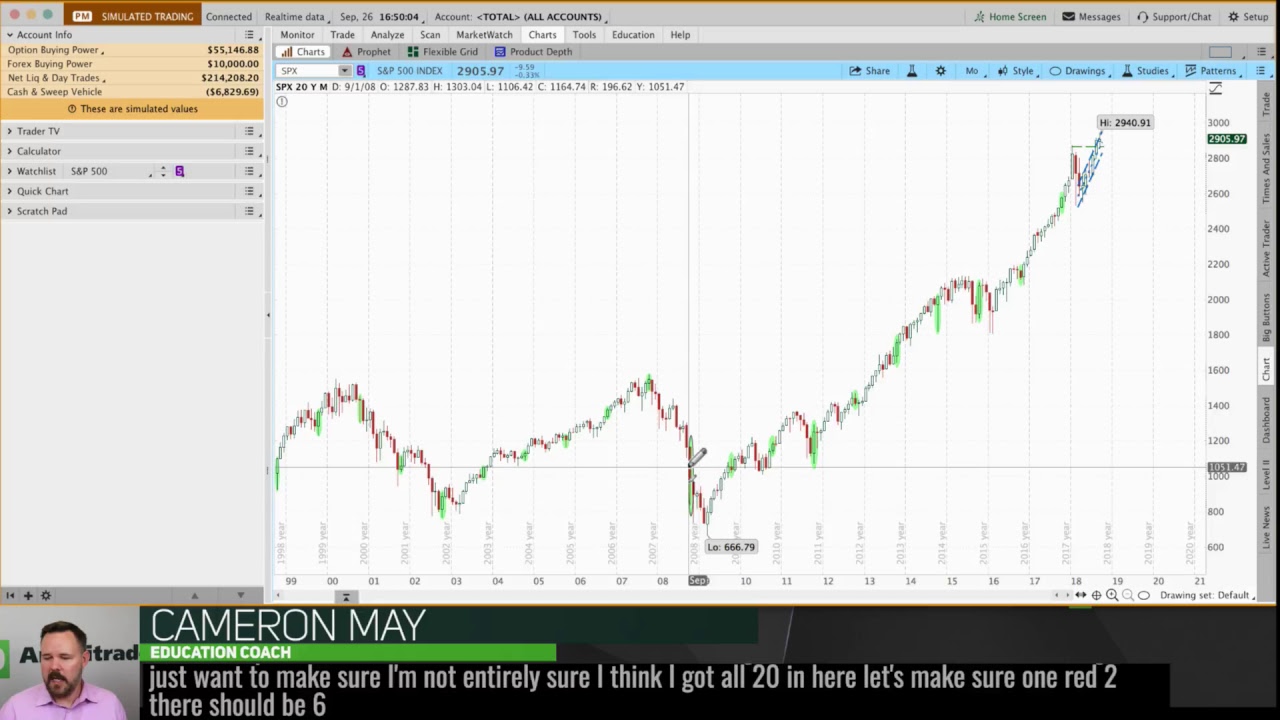 Small-cap securities are subject to erratic market movements and may have lower trading volume than securities of larger established companies.