Volmageddon: How to Trade a Crash

If the markets are crashing, do you close your positions or do you take advantage of opportunities? Whether you are a stock investor, volatility trader, or speculator, there may be a strategy worth pursuing. 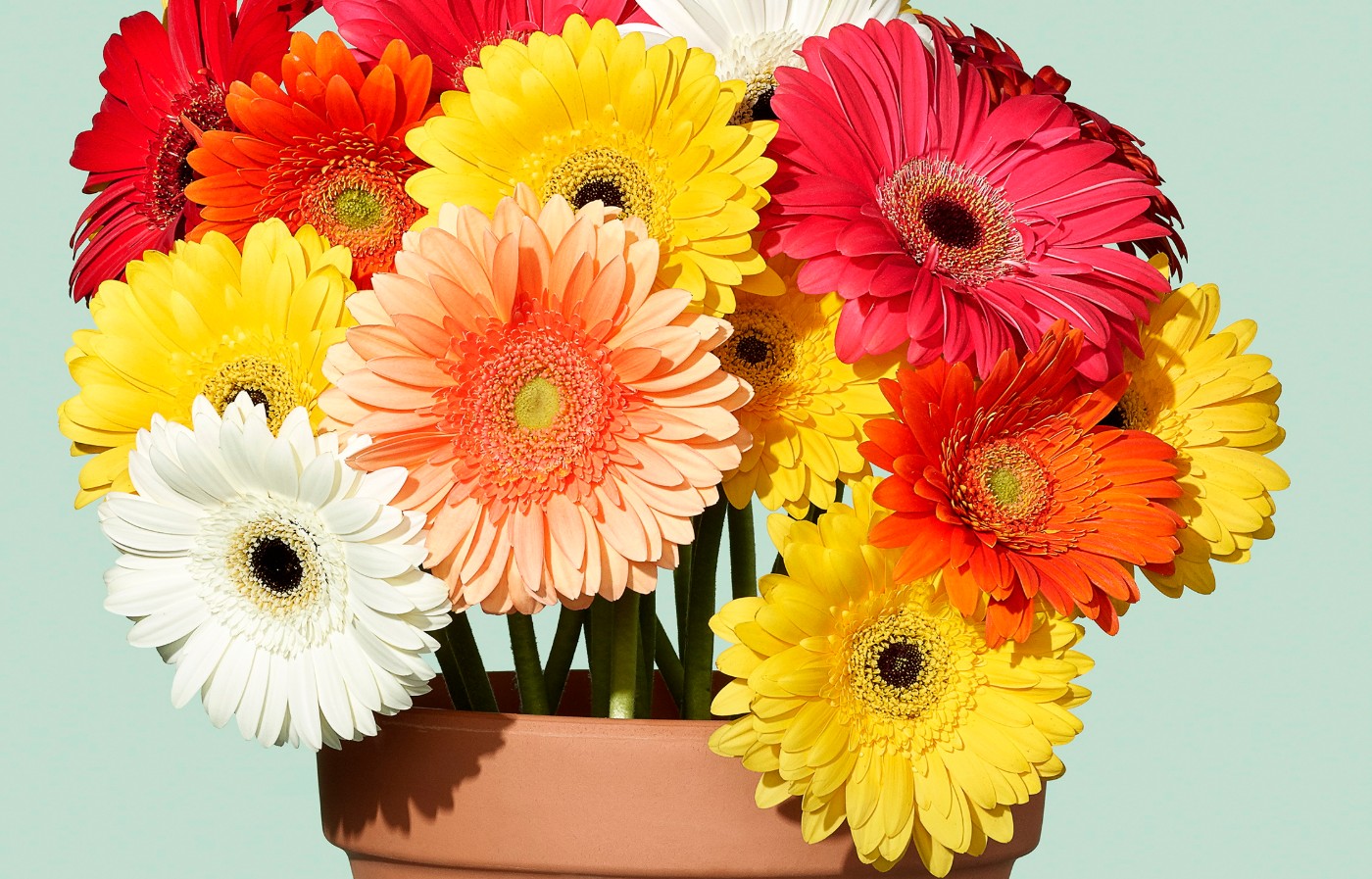 If you remember 2008 and 2009 vividly, you know how hard it was to pull the trigger—to make the contrarian speculation that the markets would recover, volatility(vol) would settle, and the economy wouldn’t collapse. When it comes to trading though, when the heart’s afraid, reason has to step in with a plan.

You’ve heard that trading and investing require discipline. Exercising daily discipline such as choosing strategies and carefully managing a portfolio is tough. But in a crash, exercising that same discipline can be downright scary. That’s when you have to take a deep breath and look for potential opportunities, regardless of what type of trader you are.

Say you’re on the front line in a crash while holding stocks. You’re in for the long term, but man, when the markets drop precipitously, you feel every downtick. Now is the time to put your homework into practice.

A crash can change all sorts of stock valuations, whether it’s price-to-earnings ratio, price-to-book ratio, dividend yield, or something else. As long as a company’s fundamentals don’t change, a crash can mean the stock price might look more attractive than it did when it was 20% higher. Don’t fear the correction. A crash could be the time to pick up quality stocks at a relatively low price.

There are a few things you can consider doing here, depending on whether you own stock or not.

Sell puts. When you don’t own stock but want to, you could take advantage of inflated put premiums and sell short, out-of-the-money (OTM) puts on stocks you want to own. One disadvantage is the limited upside potential of a short put—the premium you receive. But if the stock price drops below the strike you sold, you could be assigned at any time prior to or at the put's expiration. You could be forced to buy the stock at a price below the market price. Another choice is to attempt to roll (extend the expiration by closing out the current option and opening another one) it into a lower strike price and a further expiration.

To apply for futures trading at TD Ameritrade, your account must be enabled for margin, have Tier 2 or Tier 3 options trading approval, and have Advanced Features enabled. Log in to your account at tdameritrade.com, and under the Trade tab, select Futures or Forex for more information.

Collar your stocks. If you already own stocks and they’re sucking wind, what can you do? With vol likely through the roof as the market crashes, options prices are likely too high for you to be buying puts outright. Find something that’s “vega neutral,” where you’re buying and selling vol at the same time to help offset the risk of volatility collapsing from the options.

For example, you might consider a collar, which means selling an OTM call in addition to buying an OTM put against your long stock. The increased vol pushes up call prices, too, and the credit from selling them can help offset the cost of the long put. You give up all upside potential because of the short call, but because the premiums should mostly offset one another, the trade is relatively vega neutral. In the end, the collar may not be as sensitive to changes in implied vol (IV) as a long put would be.

Sell covered calls. If you don’t want to buy the protection of a long put, selling covered OTM calls against stock you own can reduce its effective cost. Like the short put or collar, a covered call has limited upside and limited hedging value. Your max profit is limited to the premium plus the difference between the strike price and stock price. When the stock’s down and IV is higher, the short calls could generate larger credits, which pushes the effective cost of the long stock lower.

For example, if you bought a stock for $75 and it’s now trading for $60, selling a 65 call for a $1.50 credit would bring the effective cost down to $73.50. If you continue to sell calls against the stock, you can reduce the effective cost point further. Of course, there’s no guarantee of being able to do this successfully on a consistent basis, and you may want to consider whether you’re still bullish on the stock.

Sell call vertical spreads on indices. Another choice might be to sell short call verticals (long and short calls at different strikes in the same expiration) using options on an index that closely resembles your portfolio. Again, higher IV means the credits are higher, too. And choosing an index means you don’t have to pick a specific stock's options to trade. That can save time. As for how many index call spreads to sell, you want to consider using the beta-weighting tool on the thinkorswim® platform from TD Ameritrade to see how many deltas your portfolio has in terms of that index. For more on how to use delta with beta weighting to size up a position, see Delta: A Little Goes a Long Way.

As a vol trader, you have your eyeballs on, well, volatility. And a crash can pop those eyeballs right out of your head. In the 2008 crash, for example, the Cboe Volatility Index (VIX) was trading in the 80s for short amounts of time and even hit a high around 89 (see Figure 1). Because such levels are rare, it’s times like these when you might be able to make your bank.

FIGURE 1: 20 YEARS OF VIX. Charting VIX on the thinkorswim platform will show you how volatile it can get. Source: thinkorswim from TD Ameritrade. For illustrative purposes only.

Or at least try. As you can see in Figure 1, between 2009 and 2019, there have been at least nine instances in which the VIX spiked above 30 and four in which it spiked above 50. Of course, there’s no guarantee that a spike above 30 won’t remain above 30, especially because the VIX tends to live comfortably within its range “regimes.”

A crash and a big jump in IV can mean inflated options prices and a potential mean reversion of vol, as it tends to spike up and down like a rubber band stretching. Yet, strategies are available. When options prices are inflated, consider short put verticals on an index like the SPX, NDX, or DJX. Here’s why.

If you believe the spike in the VIX during a crash is temporary, consider a bearish strategy in VIX options. Now, it’s extremely risky to have naked, bearish positions like short VIX calls, even when the VIX is high. There’s no telling how high it can go. So defined risk is one way to speculate on a VIX drop. First, a long put vertical combines defined risk and a bearish bias. But if the VVIX (that is, the volatility index on the VIX) is also high, prices in the VIX call options could be higher as well. In that case, consider a short call vertical as a bearish strategy to collect a larger credit and larger potential profit. It, too, has defined risk.

OK, suppose you either have enough money that a big losing trade won’t mean much, or you have “Speculator” tattooed on your arm. If you want to take the biggest contrarian bet with the biggest risk when the market is meltint down, a highly leveraged trade buying S&P 500 futures (symbol /ES) could be one way to go. You don’t have to worry about the premium in the options or fiddle around with individual stocks.

Be careful, though. The leverage on futures means the margin requirement is relatively low compared to the notional value and risk of the underlying contract. If you’re right and the market rallies, you could potentially afford to tattoo the rest of your body. But if you’re wrong—let’s just say you may have to move back into Mom’s basement.

Crashes normally don’t happen often, and there’s no way to predict one. They’re called crashes because they take everyone by surprise. Although a market drop of 20% or more might be the “official” number on Wall Street to signify a bear market or be labeled a crash, there are lots of smaller selloffs that can be just as scary, yet offer potential opportunity. When they appear, you want to have a plan.