Familiar with forex? The deep foreign exchange market offers a grade on the global economy and a hedging or speculative opportunity for skilled traders. 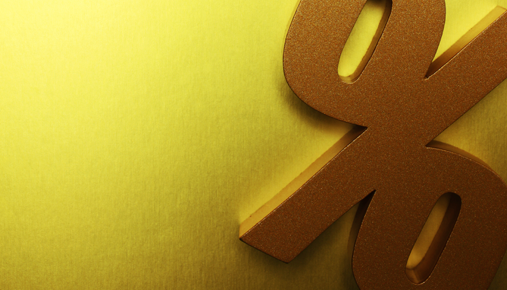 Sophisticated traders who are willing to dip their toes beyond the arena of stock trading will find a big world in currency markets. The global foreign exchange markets are deep, liquid, and active, driven by global economic trade between countries, investment flows, and other factors. Forex markets can also be volatile and they’re open 24 hours a day, six days a week.

Sophisticated traders might think of the value of a currency as a sort of “grade” from world financial markets on how well a country’s economy is performing, including how well its government is balancing fiscal and debt issues. This might include the relative stability of its political regime. A stronger economic picture generally draws global money managers to invest in a given country’s stock market and bond market, and they need its currency to buy those positions. For example, every time a European money manager makes a trade in the U.S. stock market, he must exchange euros for U.S. dollars.

Interest rate differentials simply refer to the spread or difference between official interest rates. For example, Brazil’s current official Selic rate at 14.25% is dramatically higher than the Federal Reserve’s current Fed funds rate at 0.5%. In this case, Brazil’s higher interest rate reflects, in part, the higher level of risk associated with investing in that country and currency. Higher interest rates are needed to attract global money flows into currencies.

“Interest rate differentials do have a significant impact on currency movement,” says Mazen Issa, senior forex strategist at TD Securities. “We’ve moved into a world with easy monetary policy and we’ve been anchored to near zero” across developed countries.

The second major driver of forex trade is economic growth rate differentials, which compare the strength of one country’s economy, or gross domestic product, to another.

Currency pairs called “the majors” include the U.S. dollar/yen, euro/U.S. dollar, and pound/U.S. dollar as they represent the world’s largest economies. Traders should remember that currency trading is simply a relative trade. For example, if a trader has a bullish outlook on the eurozone economy versus the U.S. economy and believes interest rates there are likely to rise, she might consider buying the euro/dollar pair. Or, if a trader is negative on the eurozone outlook versus the U.S. economy, she might consider selling the euro/dollar. It’s all relative.

“There are always two sides to the coin. Just because we are in a low-growth environment globally doesn’t mean you can’t see relative gains in one country versus another,” Issa says.

The current uncertain global economic environment has posed challenges to a staple trading strategy in the forex community, the so-called “carry trade.”

This strategy involves selling a low-yielding currency and buying a higher-yielding currency in order to collect the spread, or difference. For example, currently, the New Zealand dollar boasts a higher interest rate than the Japanese yen. Some traders may choose to put on a carry trade selling the yen and buying the “kiwi” with the intent of collecting on the difference in interest rates. But the low level of interest rates across advanced nations has put a crimp on the carry trade within the “Group of Ten” most powerful countries.

“Only a select few countries within the G-10 show higher rates, and that includes Australia and New Zealand. You have to look to emerging markets typically to see much higher official policy rates,” Issa says.

Stretching into the emerging market arena for a carry trade has its risks, especially in the current environment. Uncertainty over the strength of China’s economy and the timing of another rate hike by the Fed has injected a higher level of volatility across all markets, which decreases interest in the carry trade strategy.

“The carry trade is less appealing in a high-volatility environment because you can have a significant price move. It raises the risk that the currency could move against you,” Issa says. Forex traders typically prefer to employ the carry strategy in a low-volatility, stable environment with the intent to collect the spread from the higher currency rate.

Another unique feature in the foreign exchange world is so-called safe-haven flows. During times of military action, heightened economic instability, or just plain old fear, global money managers tend to pull capital from higher-yielding but risky currencies—perhaps in emerging markets—and park cash in safe-haven currencies that traditionally include the U.S. dollar, the Swiss franc, and the Japanese yen.

The U.S. dollar, as the world’s reserve currency, for example, saw dramatic gains from mid-2008 into early 2009 as the global financial crisis began to hit and global money managers looked for a safe place to store capital while riding out the global storm.

The global economic climate faces a number of challenges, from concerns about how a slowing Chinese economy will reverberate around the world to worries about low inflation in the eurozone and here in the U.S. Plus, traders in the foreign exchange world express their confidence—and lack of confidence—through buying and selling currencies.

So far this year, the U.S. dollar has been under pressure relative to other majors such as the euro, pound, and yen. The chart in figure 1 is a 1-year chart of the U.S. Dollar Index ($DXY), an index of foreign currencies against the dollar. Since the beginning of the year, the $DXY has dropped from a high near 100 to a low near 92.

FIGURE 1: U.S. DOLLAR WEAKENING IN 2016 So far this year, the $DXY has traded with a steady pattern of lower highs and lows. Chart source: the TD Ameritrade thinkorswim® platform. Not a recommendation. For illustrative purposes only. Past performance does not guarantee future results.

The forex trading environment remains choppy, warns Issa: “People are waiting for a catalyst and a shift in the global backdrop, and that could be more of a second-half 2016 story.”

The value of the dollar impacts big U.S. multinational companies who generate a lot of revenue overseas in foreign currency. “The average Dow stock, for example, does nearly 50% of its business internationally,” says Devin Ekberg.

“The value of the dollar directly impacts a multinational company’s earnings in two ways: revenue and expenses”, Ekberg says. A rising U.S. dollar reduces revenue because foreign sales are translated back home at unfavorable exchange rates. Also, it may also reduce expenses thanks to more favorable prices for raw materials and commodities, a factor at work now.

On the flip side, a falling U.S. dollar can increase foreign revenue, but might also increase expenses related to raw materials. Large companies tend to hedge against fluctuations in currency prices, but investors should be aware of extreme movements.

For sophisticated traders considering expanding their horizons into currency trading, the first step is to develop a solid plan.

"Currencies can be volatile, especially during news events, and gains and losses are magnified by the use of leverage. Any strategy you employ must account for the volatility and risk management," Ekberg stresses.

Fast-moving futures or forex markets may be a window on global trading for qualified traders. Keep pace with the advanced thinkorswim® platform.