What is Leverage in Forex Trading? Understanding Forex Margin

What is leverage in the forex market? It’s the ability to buy and sell foreign currencies while putting up only a fraction—3% to 5%—of the notional amount. Leverage offers potential opportunity, but it’s also quite risky.

Money never sleeps, and neither does the foreign exchange (forex) market. More than $5 trillion of currency changes hands globally every day, according to the Bank for International Settlements. And because global economic forces constantly change, the forex market is in perpetual motion. But traders and investors who understand forex market dynamics—including the use of margin—can identify opportunities to capitalize on the headlines and the many developments that drive the U.S. dollar, euro, and other currencies.

Margin, also known as leverage, can boost an investor’s buying power and flexibility, potentially amplifying gains in a forex position with only a relatively small amount of money down. But margin can also magnify losses. In forex and other markets, margin can cut both ways, according to Hickerson. “How much are you willing to risk and how much leverage do you want to use?” Hickerson asked. Whether you use margin, and to what extent, “it’s a matter of your overall risk tolerance,” he explained.

What is leverage in forex, and how does it work? It’s similar to margin trading in stocks and futures, but there are key differences.

Pairs and Pips: Brushing Up on Forex Trading Basics

A forex currency pair quote tells you the cost to convert one currency into the other. For example, in mid-September, it took about $1.10 to buy one euro. Meanwhile, USD/CAD was trading at roughly 1.33, meaning one U.S. dollar was equal to $1.33 Canadian.

A “pip” (short for percentage of a point) is the minimum price fluctuation in a currency pair. It’s often taken out four decimal places. For most pairs, the pip is 0.0001 (except for JPY pairs, in which the pip is 0.01). Most currencies are traded in “lots” through brokers known as forex dealer members at three different sizes: standard lots (100,000 units of a currency), mini (10,000 units), and micro (1,000 units).

How Is Margin Trading Different in Forex vs. Stocks?

In the stock market, margin trading typically means a brokerage firm lends an account owner a portion (typically 30% to 50%) of the total purchase price, which boosts buying power by a commensurate amount. Securities you already hold can be used as collateral, and you pay interest on the money borrowed. For both equities and forex, margin is the minimum amount of capital required to establish a position.

Information to help you learn about forex.

Get access to world-class technology, innovative tools, and knowledgeable service at TD Ameritrade.

Forex trading may be applied to play a short-term hunch on an election outcome, a long-term assessment of the economic path of a country or region, or for many other reasons.

Suppose you expect the euro to strengthen against the U.S. dollar. Buying (or “going long”) one standard lot (100,000 units) in EUR/USD would require a margin deposit of about $2,200 (based on a 2% margin requirement and the EUR/USD exchange rate in September 2019) to control a position worth $110,000.

If it drops another 65 pips, the position loses $1,650, which means only $550—or 25%—of the initial margin deposit is left. If there’s no additional equity in the TD Ameritrade forex account, the position will automatically be closed.

Here’s one difference: In the forex market, margin constitutes a good-faith deposit placed with a broker. For the most actively traded “major” currency pairs (such as EUR/USD, USD/CAD, and USD/JPY), the margin requirements are typically 2% to 5% of the “notional” value of the base currency (the base currency is always the first currency in the pair. In the case of EUR/USD, the euro would be the base currency; the second currency is referred to as the ‘quote’ currency).

“Currency prices change every day, meaning margin requirements for forex positions may also change every day,” Hickerson said. “It’s important to understand that if the base currency is anything other than the U.S. dollar, the margin requirement is going to fluctuate on a real-time basis as the price of the base currency changes relative to the U.S. dollar.”

How Do Margin Calls Work in Forex Trading?

Margin calls are always a risk in margin trading—in any market. If a trade moves against you and your losses exceed the margin funds set aside, it can trigger a margin call, meaning your broker may require that additional money be deposited immediately.

Forex trading can offer potential trading opportunities for both the short and long term. Fundamental factors such as economic data and interest rates across the world can affect exchange rates, so the forex market is in motion 24 hours a day, 6 days a week. But if you’re interested in participating, make sure you understand leverage in the forex market. For more on forex margin, watch the video below. 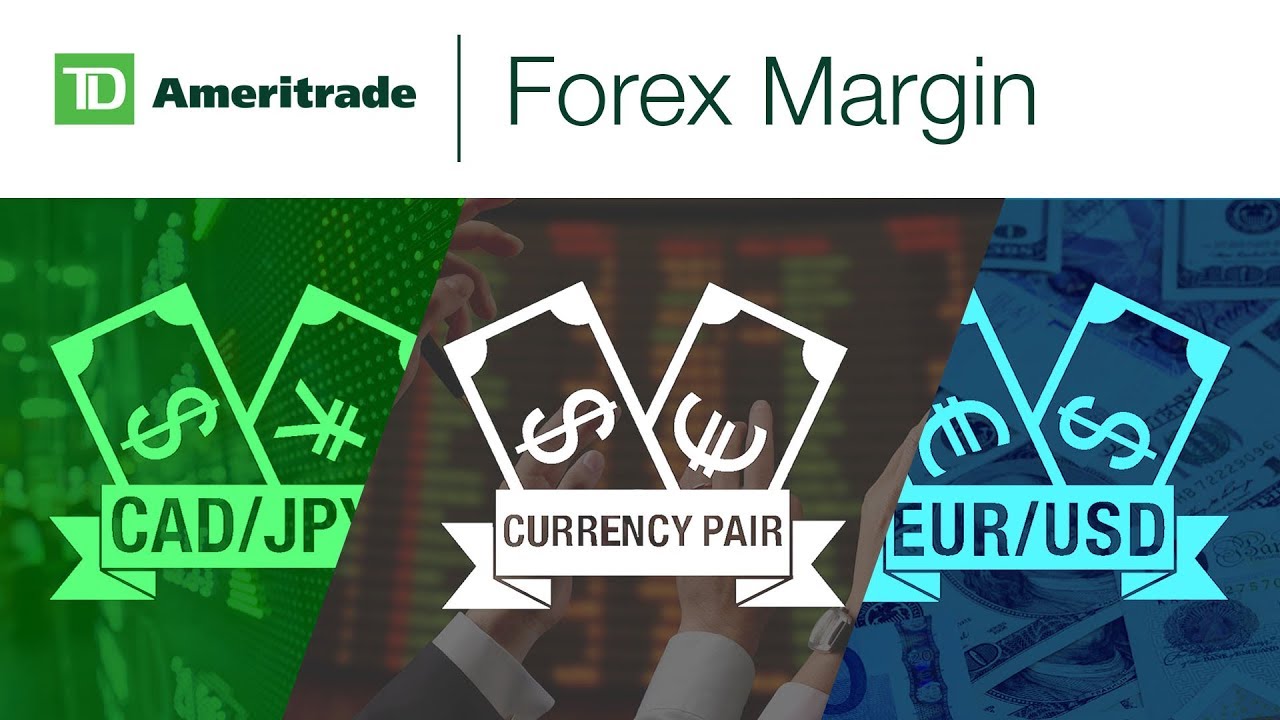 Margin trading increases risk of loss and includes the possibility of a forced sale if account equity drops below required levels. Margin is not available in all account types. Margin trading privileges subject to TD Ameritrade review and approval. Carefully review the Margin Handbook and Margin Disclosure Document for more details. Please see our website or contact TD Ameritrade at 800-669-3900 for copies.