The Art of Exiting a Trade: How to Hold 'Em, How to Fold 'Em

Three of the most popular options strategies on how to exit a winning or losing trade: long options, vertical spreads, and calendar spreads. 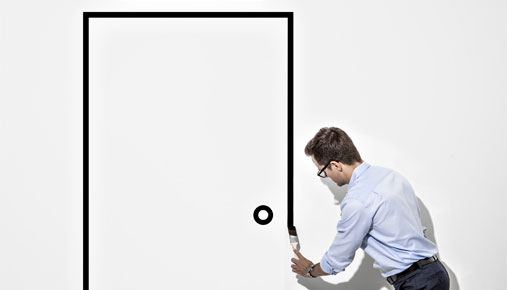 For all the lessons learned how to get into a trade, not as much focus is on how to get out. Whether you’re winning or losing, at some point, you need to exit in order to take a profit or chalk up a loss. There a number of options strategies to cover on the subject, but let’s focus on three of the most popular—long options, vertical spreads, and calendar spreads.

THE WINNING LONG CALL OR LONG PUT
You’re a believer in XYZ Corp. and you bought the September 50 calls for $1. Now those calls have doubled to $2. You can’t be blamed for wanting to take the money and run, but you’re as bullish as ever and don’t want to miss out. Here are three potential ideas.

1. Sell part of your position
Although this is a potential adjustment almost every time, be smart about it. Sell at least enough contracts to bring in more money than your initial debit. For instance, selling 60% of the calls that now trade for $2 nets a credit of $1.20, minus transaction costs. This way you’re guaranteeing yourself a profit, even if the remaining part of the trade fizzles.

2. Adjust into a vertical
Turn your long call into a vertical call spread by selling a call with a higher strike. For example, sell the 55 calls for $0.80, less transaction costs. Even though this adds a second trade to your account, you now own the 50–55 call spread, which now has a total risk of only $0.20. That’s calculated by taking the initial $1 cost of the 50 calls, less the $0.80 credit from selling the 55s.

If this spread finishes fully in-the-money (ITM), then you’ll realize the $500 max value per spread. Yet, if XYZ drops below $50, and the spread expires worthless, the loss is limited to only $0.20 rather than your full $1.

3. Roll up
Cash out the long call that’s made money, but stay in the game by “rolling” up using a “sell vertical spread” order to buy another call that’s further out-of-the-money (OTM). This nets you a credit that reduces the overall risk. Bonus: if the credit’s more than you originally paid, you’ve locked in profit.

THE WINNING LONG VERTICAL SPREAD
Sticking with XYZ, now assume you originally bought the 50 call, and sold the 55 call, as a spread for $0.80, less transaction costs. The first adjustment above—selling part of the position—is still viable. But, so are the ideas of spreading off the trade or rolling it up.

1. Spread the spread
Butterflies and condors are nothing more than combinations of vertical spreads. Create your own combination by selling the 55–60 call spread, and you end up with a butterfly, with the 55 strike as the body. (See Table A, below.) Calculate your new risk by subtracting the credit from this adjustment from the initial debit.

Add a short vertical at the short strike of the long vertical to create a butterfly to lock in some profit and possibly squeeze out a bit more. For illustrative purposes only.

2. Rolling a vertical
The idea behind rolling up a vertical is the same as rolling up a single option: take profits on the original trade, then do it again. There are more moving parts, but all you need is a “sell butterfly” order ticket.

For example, turn your long 50–55 call spread into the 55–60 call spread by selling the 50–55–60 call butterfly. Subtracting the butterfly credit from the original debit leaves you with the remaining net risk of your new 55–60 spread position; see table B.

Roll a vertical spread to higher strikes to take profits on the original trade and use those profits to try it again. For illustrative purposes only.

Which adjustment do you make? Ask yourself what position you'd enter if this were a new trade. Why? Because it is a new trade. The first rule of adjusting a trade is to treat the adjustment as a new position. Have profit and loss exits mapped out like you would for any new trade.

Rolling the calendar
There’s nothing better than making money when a stock does nothing, which is what calendar spreads are designed to do.

Constructing a calendar with a little time between the long and short options lets you roll the short option. Once the short option’s evaporated, use a “sell calendar” order ticket to bring in a credit by closing the short option and selling the same strike option in the next expiration. As long as the stock cooperates, you can attempt to do this every expiration.

Losing trades are an expected part of trading. Sometimes, simply closing the trade is the right decision. Other times, it might be appropriate to do something else. The assumption here, though, is that you’re managing this losing trade before it’s gotten out of hand.

THE BROKEN LONG CALL (OR PUT)
Your long call is a relative mess because XYZ stock hasn’t budged. But you still believe the stock is poised to move. In the meantime, to salvage some of what’s left while still leaving yourself a chance for some profit, consider converting your call to a spread.

1. Spreading to a vertical
Just like with the winning trade, sell a higher strike call in the same month. Deduct the credit from the original cost of your long call to arrive at the net debit of your trade.

This second rule for adjusting a trade says to match your new position with your market outlook. Since you’re still bullish on XYZ, it only makes sense to maintain a bullish trade.

For instance, initially buying the September 50 call for $7, then adjusting by selling the 55 call for $1, nets you a $5 wide call spread for $6, not including transaction costs. That’s a guaranteed loss of at least $1, if not the whole $6. If the math doesn’t make sense, it’s probably best just to close the trade.

2. Spreading to a calendar
If there’s enough time left in your long call, another idea might be to convert it into a calendar by selling a shorter-term call with the same strike. This “buys” you some time for the stock to get going. And while you’re waiting, you’ll hedge time-decay risk as well as some of the downside risk. When XYZ comes back to life, buy back the short option and you’re back to your original trade.

THE BROKEN LONG VERTICAL
Obviously, converting to a vertical spread isn’t a choice if that’s what you started with. But all is not lost. One possibility is to roll the entire spread further out in time using a “vertical roll” order. Don’t pay money to make this trade. That violates the third rule: don’t make any adjustments that add risk to your trade.

To avoid adding risk, you’ll have to roll up the spread to strikes that are further out of the money than the current spread. This may not be ideal, but the longer time frame gives your trade time to work.

THE BROKEN LONG CALENDAR
Similar to winning calendars, rolling out the short strike reduces the risk in the trade. But, since calendars work best when at the money, if the market moves, you might have to move with it. Rolling a calendar that’s gone in the money, though, will cost you. But here’s how you might get around that.

Simply winning or losing doesn’t mean you need to close your trade, although that’ll sometimes be the best choice. When you have a reason to stay in, adjusting a trade can help you cut risk, take money off the table, and give you time to further plan.

The Golden Rules of "Fixing" Trades

First off, there’s no such thing as “fixing” a broken trade. Whatever your reason for needing to make an adjustment—exiting at a profit or a loss— realize that the trade isn’t the same one you put on. To wit:

1. Treat any adjustment as a new position. Have P/L exits mapped like you would for any new trade.

2. Match your new position with your market outlook and volatility backdrop.

3. Don’t make any adjustments that add risk to your trade.

Calendar Spreads Out of the Money

Spreads and other multiple-leg option strategies can entail substantial transaction costs, including multiple commissions, which may impact any potential return.