Looking for Option Strikes? How Delta Can Help Balance Risk

Delta is much more than a one-trick pony. Understanding some other tidbits of info delta provides can help a trader select option strikes. 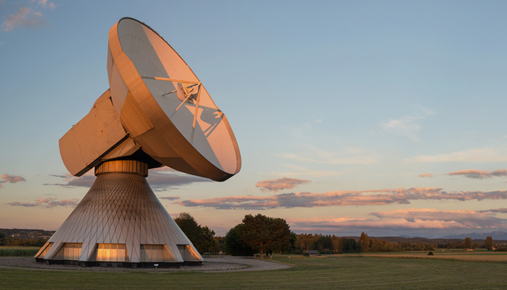 Delta is best known among option traders for estimating how much an option’s price moves compared to the underlying stock. But delta is much more than a one-trick pony. Understanding some of the other tidbits of information that this options greek provides can help a trader select option strikes for mathematical reasons, rather than just throwing darts or going by “feel.”

So what else can delta do? It’s used as a hedge ratio for trading delta-neutral strategies. It’s also used as a loose approximation of an option’s probability of finishing in the money (ITM) at expiration. These can both be very helpful, depending on your approach to trading.

But delta can also be used to quickly estimate the expected range of a stock until expiration. A stock’s expected dollar range is often tied to what’s called a “one standard deviation move.” This means that about 68% of the time the stock is expected to be within this range. It’s an important marker for measuring expected market moves.

Which means it’s useful information for traders, especially for traders whose strategy involves selling options. Think about times when the market is rife with volatility and stocks are making big moves—potentially to the downside. How can a trader manage the risk of a big potential downside move when selling options?

Let’s look at an example of a short put vertical spread. Suppose you’re deciding which strike to sell. The further out of the money you go, the less likely you’ll get burned by having the spread go ITM. But you’ll also collect less premium for the trade. If you look to collect more premium by going closer to the money, your risk of going ITM increases.

How do you balance the risk versus the amount of premium received? By identifying the boundary of the expected range. You could whip out your calculator and do the math to figure that out. Or, you could turn to delta. For example, you could look for a put strike that has a 16 delta. There's nothing special about a 16 delta option, it just represents a quick estimate of the expected range.

Let’s say the stock is trading at $100, and there are 30 days until expiration of the options you're analyzing. The 90 strike put has a delta of 16, so between now and expiration, with this stock price and volatility level, $90 is the low end of the expected range.

Want the high end of the expected range? Look for the 16-delta call.

Of course, the expected range is going to change as the stock price moves and if volatility shifts. But when starting a trade—or making adjustments—the ability to quickly estimate a stock’s expected range is a useful tool to have.

That’s how delta can become a mathematically based factor in strike selection. It balances bringing in the most amount of premium while at the same time not wading any closer to the money than necessary. Or perhaps support or resistance is evident around the same strike that loosely marks the one standard deviation level. Might that give a trader even more confidence in strike selection?

Remember, though, there’s nothing magical about a 16-delta option. These strikes can and do go in the money from time to time. But taking advantage of the market’s expectation for stock movement and being able to quickly identify that range can help a trader make more informed strike selection decisions.

Want to Track Delta and Other Option Greeks?

Unleash the power of the TD Ameritrade thinkorswim® platform, an innovative trading platform that just gets it.

Practice trading on thinkorswim without risking a dime »
Print