Can You Spot a “Weather Market?” Corn, Crude, Other Commodities

Learn the fundamentals of grain, energy and other markets, and how to follow prices using futures markets. 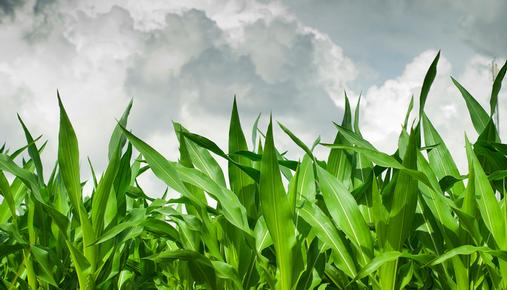 Whether the question is when to plan your family picnic or how to trade corn futures, the answer typically distills into three words: Check the weather.

Weather affects nearly everyone and everything, especially the agricultural commodities like corn, soybeans and wheat (plus, crude oil and other energy markets, too; more on that later).

With the growing season in full swing across the prime corn and soybean states of the U.S. Midwest, Chicago grain futures are in the throes of another “weather market.”

Depending on your location, crops could be baking under a punishing summer sun, drowning under too much rain, or maybe, if you’re a lucky farmer, flourishing amid “Goldilocks” conditions – not too hot, not to cold or too wet.

Weather markets, usually in the North American summer, tend to generate greater volatility in Chicago grain futures, with prices often gyrating sharply and suddenly in response to an updated forecast.

“You’ve seen some pretty big swings in beans and corn based off weather,” says Jack Scoville, a grain analyst with Price Futures Group in Chicago. “The weather has been very uneven, dry in the western Corn Belt, but too wet in Wisconsin, Indiana and Ohio. There are some legitimate concerns in eastern areas, especially.”

Corn and other agricultural commodities, such as sugar and soybean oil, bear watching because they provide the raw material for most everything on your local supermarket shelves. A broad-based surge in ag commodity prices may signal an uptick in retail food inflation; on a more specific level, a rally in cattle futures, for example, could mean you’ll be paying more for burgers and steaks for your backyard cookout months from now.

Commodities are “certainly an inflation gauge,” says JJ Kinahan, chief market strategist at TD Ameritrade. “If corn, soybeans, cattle or hogs go up that will affect the price of food.”

“Commodities tend to be inflationary leads, so it can give you a read on what the Fed may do with interest rate policy,” Kinahan says. “A commodity rally could strengthen Fed case for higher inflation and higher rates.”

In recent years, commodity prices would appear to be little cause for inflation alarm, with markets in a broad down cycle that’s seen crude oil tumble from over $100 a barrel in mid-2014 to under $50 currently amid abundant global supplies. In grains, heavy stockpiles are also weighing on markets following U.S. farmers’ record, 15 billion-bushel corn harvest in 2016.

Heavy supplies are keeping corn futures in check, Scoville says, limiting price upside from adverse weather concerns; Chicago corn futures have mostly traded from around $3.50 to $4 a bushel this year (during a severe Midwest drought in 2012, corn futures soared above $8).

Eye on the Fundamentals

The fundamentals of supply and demand are critical to understanding (and investing in) any commodity market, be it corn, oil or something else.

In June, the U.S. Energy Department projected the nation’s oil production in 2018 will reach a record 10 million barrels a day, double the levels from the middle of the last decade. Stepped-up domestic production has helped the U.S. be less-dependent on foreign oil producers and played a role in crude’s price drop (futures based on West Texas Intermediate crude, the U.S. benchmark, fell below $27 in early 2016).

“The U.S. has become such a major player in oil and needs to import less than it did in the past,” Kinahan says.

Still, there’s an old saying in the commodity markets: the best cure for low prices is low prices (the opposite also applies).

Crude prices have rebounded this summer, touching a two-month high at slightly over $50 earlier this week. The climb in part reflects expectations that some top global producers will curb production.

“The oil market is finally getting it that supplies are falling as geopolitical risks are rising and OPEC is going to clamp down on members that are over producing quotas,” Phil Flynn, an energy analyst with Price Futures Group, wrote.

Furthermore, oil, being arguably the most global commodity there is, is always subject to conflict or geopolitics. That means heightened tensions with Iran or North Korea, for example, may move prices.

How best for a retail investor to approach the commodity markets? First, educate yourself on the market, Kinahan says – what factors move prices? Understand where the top production areas for the commodity are and how weather or anything else may play a role.

Futures markets are a different animal compared to equities or bonds – that means an investor should have a firm grip on margin requirements. Also, liquid markets, with relatively deep pools of buyers and sellers, are preferred over lesser-traded commodities.

Many retail investors start with futures based on the S&P 500 or Nasdaq indexes, or crude oil and gold. “Those tend to be liquid products, and you should trade things you’re familiar with,” he says. Futures, he added, can be “an efficient trading tool with liquid markets that can be applied with proper knowledge.”