Index annuities popularity is on the rise and that’s a little scary. Put in your due diligence before you jump in. 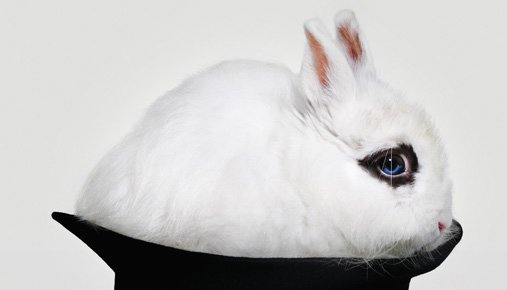 Magic beans for retirement? Not so fast. Frenzy follows growth in indexed annuities sold as market beaters. But are they for you?

Is this legend or real life: an annuity that pays steady income for a comfortable retirement and is designed to beat market volatility? That’s what indexed annuities are supposed to do. But, and it’s a big but, their rising popularity may mean that fewer investors put in their due diligence or ask the right questions before jumping in. In some cases, indexed annuities gained popularity as a result of high commissions, which has sometimes led aggressive salespeople to push these rather complex investments onto investors even if they’re not a good fit.

What Are These Things?

Like a traditional annuity, an indexed annuity is a contract issued and guaranteed by an insurance company. You invest an amount of money (the premium) in return for protection against down markets. There’s also the potential for some investment growth linked to an index such as the S&P 500, and in some cases, a guaranteed level of lifetime income through optional riders. Because indexed annuities aren’t securities but insurance products, they’re not regulated by the Securities and Exchange Commission (SEC) or by the Financial Industry Regulatory Authority, or FINRA (read FINRA’s educational investor alert on indexed annuities). The insurance company controls the upside. The mechanics of the product can get complex and confusing, but it’s important to know that by imposing caps, participation rates, and spreads, the insurer may reduce your return potential.

So, that’s the textbook definition. But, as with most investments, there’s always more to the story.

A basic indexed annuity is designed to protect you against down markets by guaranteeing that you will never lose money (if you hold the annuity at least until the end of the surrender period), and the annuity will let you participate in up markets, but your upside will be constrained because the insurer puts a cap on those gains. Here’s the finest of the fine print: An indexed annuity might be capped at, for example, a 7% rate. Investors see that and are lured into thinking they can usually expect a 7% annual return. Remember, that’s a 7% cap on the potential upside, not a guaranteed return.

In addition to the cap and participation rates, it’s important to understand the actual indexing method used. How is the index return calculated? Some companies favor an annual reset method, whereas others use various “point-to-point” calculations—that is, they look at returns on a monthly or quarterly basis and cap the return accordingly. So, for example, if an index returned 10% over a year but it all came in one quarter and there’s a 7% annual cap broken down to 1.5% quarterly, you might be expecting to see 7% of the 10% return credited, but in fact, there would only be 1.5% credited because of the quarterly cap. It’s not only important to understand how your caps, participation rates, and indexing methods work, but one might argue it’s even more important to understand how they all work together.

Here’s where it gets sticky. Keep in mind that most annuities will not include all features.

COSTS—Indexed annuities typically skip an upfront sales charge, but there are often significant surrender fees—fees you pay if you need access to your money before the surrender period ends—as well as other transaction costs.

INDEXING METHOD—The way the insurance company calculates the index return that it uses to determine how much interest to credit to your annuity. There are several different methods including annual reset, high water mark, and any number of point-to-point variations (monthly, quarterly, etc.). Also, it’s important to know if the dividend return is included in the company’s calculation of the total index return—most insurance companies strip that out, which lowers your potential return right out of the gate.

CAP—An upper limit put on the return over a certain time period. For example, if the index returned 10% but the annuity had an annual cap of 7%, you only receive a maximum 7% rate of return. Many indexed annuities put a cap on the return. This could mean that money you had earmarked for other growth instruments but tied up in your annuity sat on the sidelines.

PARTICIPATION RATE—The percentage of the index’s return the insurance company credits to the annuity, typically ranging from 80% to 100%. For example, if the market went up 9% and the annuity’s participation rate was 80%, a 7.2% return (80% of the gain) would be credited. The cap is then applied to the 7.2%, limiting the upside to the 7% cap.

SPREAD/MARGIN/ASSET FEE—A percentage fee that may be subtracted from the gain in the index linked to the annuity. For example, if an index gained 12% and the spread fee is 4%, then the gain credited to the annuity would be 8%.

BONUS—A percentage of the first-year premiums received that is added to the contract value. Typically, the bonus amount plus any earnings on the bonus is subject to a vesting schedule that may be longer than the surrender charge period schedule. In a typical vesting schedule, the bonus may be forfeited upon surrender in the first few contract years.

RIDERS—Extra features that can be added to the annuity for additional costs, giving the investor more optional guarantees but further reducing the return and the reason you went for an indexed product over a traditional annuity in the first place. If you think about it, riders create new costs that can eat away at your returns and even the principal you put in. That means you might get back less than you put in.

Can I Lose Money?

Why, yes, in some cases. Markets aren’t foolproof. If the market index linked to your annuity goes down and you receive no or minimal index-linked return, you could lose money on your initial investment if you withdraw before the surrender period is up. Your principal is protected, but typically only if you hold on through the surrender period, which is often 10 years or longer. Your gains will also be subject to a 10% penalty by the IRS if you make any withdrawals from the annuity before age 59 1/2.

Investors may not be aware that a variable annuity may offer wider investment choices or put them in a better position to capture market gains. If guaranteed lifetime income is important, you might want a variable annuity with a guaranteed lifetime withdrawal benefit. However, unlike indexed annuities, the variable investment options of a variable annuity are not covered by any guarantees, are subject to market risk, and can lose value. Traditional fixed deferreds may make sense for some who are seeking the downside protection of an indexed annuity, but want to lock in a certain interest rate rather than have exposure to the markets. Traditional fixed deferreds are held for a fixed term at a fixed interest rate and defer taxes until a withdrawal is made.

So, bottom line, there’s a lot to consider beyond a perceived happy ending to the marriage of growth, investment, and insurance. Because of the indexed annuities’ participation rates, spreads, caps, and riders, upside potential is generally limited and the products can get extremely confusing. Plus, the long surrender charge periods can hamper liquidity. Be sure to consider whether the benefits outweigh the extra costs and decide if these much-hyped annuities are what you fully expected, and more importantly, a good fit your portfolio.

Riding Out the Retirement Red Zone with Fixed Index Annuities 5 min read It’s an Insurance Thing: A Fresh (or First) Look at Annuities 6 min read Investor’s Manual: What Is an Annuity? 1 min read

The information contained in this article is not intended to be individual investment advice and is for educational purposes only.

Investors should carefully consider a variable annuity’s risks, charges, limitations, and expenses, as well as the risks, charges, expenses, and investment objectives of the underlying investment options. This and other important information is provided in the product and underlying fund prospectuses. To obtain copies of the prospectuses, contact an Annuity Specialist at 800-347-7496 or email annuities@tdameritrade.com. Please read them carefully before investing.

An insurer’s financial strength rating represents an opinion by the issuing agency regarding the ability of an insurance company to meet its financial obligations to its policyholders and contract holders. A rating is an opinion of the rating agency only, and not a statement of fact or recommendation to purchase, sell or hold any security, policy or contract. These ratings do not imply approval of our products and do not reflect any indication of their performance. For more information about a particular rating or rating agency, please visit the website of the relevant agency.

All guarantees are based on the claims paying ability of the insuring company.

The annuity products offered are issued by separate and unaffiliated third-party insurance carriers. TD Ameritrade and these companies are not responsible for each other’s policies or services.