Income in Retirement? Consider an Annuity, but Understand the Risks

Annuities are a retirement vehicle that can ride side-saddle with Social Security income and pensions. But they’re not for everyone. 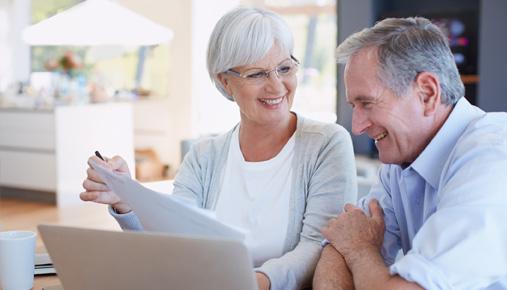 Are there two more precious words for retirees than “guaranteed income”? Annuities can offer that constant payment stream to last throughout your golden years, but annuities come in a variety of types and structures, and they may not be for everybody, so it’s important to do your homework.

In a sense, an annuity is not unlike Social Security or a pension—you make a series of payments, or a lump-sum payment up front, and down the road, you receive a periodic distribution, generally monthly, for the rest of your life. So if you’re interested in having a guaranteed minimum income in retirement, say, to cover your fixed costs, you might consider an annuity.

What is an annuity? The Latin root of the word is “annua,” which simply means “yearly.”

The origin of annuities dates back to the Roman Empire, when “annua” referred to a contract for annual stipends from a large pool of money to which individuals contributed with a single large payment. From a conceptual standpoint, not much has changed, except that the number of available annuity alternatives has increased.

In general, an annuity might be a solid investment alternative if you’re looking for another route to potentially insulate a chunk of your retirement funds. And it’s important to remember that annuities are not an all-or-none proposition; you don’t need to put all of your assets into an annuity. Some financial professionals recommend placing enough of your portfolio into an annuity such that your expected monthly distribution will cover your typical monthly expenses.

Annuities also tend to be a go-to instrument for wealthy families wanting to put more money away for retirement than typical accounts allow. Unlike IRAs and 401(k)s, there’s no limit to how much you can sink into an annuity each year.

Though there are many types of annuities, they come in two main groupings —deferred and immediate. As the names imply, one allows you to invest the money for a period of time and lets it grow before you start drawing on it, while the other lets you begin receiving payments soon after the initial investment.

Under those two groupings are three types of annuities:

The monthly amounts of guaranteed income rest on the types of annuity, how much you invest and how the investments perform. They’re also built on something called “mortality credits,” or a calculation that determines how long you’re likely to live. Since women typically live longer than men, their monthly payout tends to be lower.

An immediate annuity might be an alternative if you’re already in or nearing retirement and looking to complement Social Security and other retirement investments, for example.

And remember, when you purchase an annuity you’re essentially trading your principal for a payment stream, so the total you ultimately receive is determined by how many monthly payments you’ll receive (meaning, “how long you live.”)

A word of caution about some annuities: Annuities are generally sold through an investment professional such as a broker or an insurance agent, and the salesperson typically receives a commission, reaching as high as 10%.

Some annuities, often the variable annuity type, also carry an annual fee of up to 2%-3%. And since it’s a fixed percentage, as the money grows in the account, so, too, does that annual fee. Some experts will steer annuity buyers to purchase a direct-sold annuity, which comes straight from an investment firm rather than an insurance sales person.

When purchasing an annuity, be sure to research the company that’s holding it and its track record. Some of the fine print to look for include the wording on fees, participation rates, and performance floors and caps. Also, should you decide you want out, you’ll have to pay a “surrender charge,” which can be costly, so you’ll want to know those ground rules up front.

Annuities can offer a tax-deferred stream of income for your retirement years until the end of your life. That’s good news, right? Yep, just like an IRA or 401(k), you can sock money into the annuity without paying taxes as it grows. And remember, there are no annual limits to how much is put aside. But once you start receiving payments, they’re taxed as regular income, not capital gains, so you might want to consult a tax professional before investing.

And if you withdraw from a deferred annuity before you turn 59½, you’re likely hit with that same 10% penalty that the IRS assesses on early withdrawals from IRAs or 401(k)s.

Annuities can be an effective addition to a retirement plan, but they’re not for everyone, and like any investment, an annuity should be thoroughly researched before you jump in. Contact a reputable annuity specialist who can review your long-term investment strategy to determine if an annuity works with it, and who can help you find the most competitive solutions.