Nearly one-third of adults have committed financial “infidelity” against their domestic partner, according to a survey. 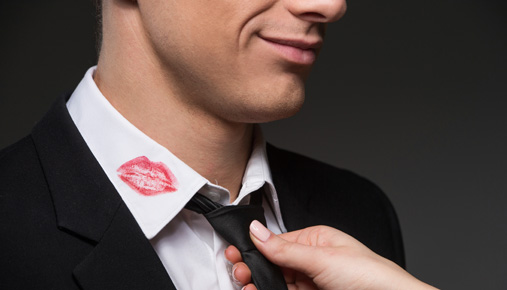 Editor’s note: This is the second of a two-part Perspectives series on the role of financial matters in domestic relationships. Read the first.

For some couples, money problems—and other kinds of problems—stem from a basic lack of communication. For others, the problems go deeper, and have a darker side.

Nearly one in three adults who joined finances with their domestic partner admitted to committing “financial infidelity,” according to a survey by Harris Poll on behalf of the National Endowment for Financial Education.

What does that mean? Based on the Harris survey, committing financial infidelity basically means doing something with your money without telling your partner: concealing a purchase, hiding a bill or bank statement, or squirreling away a secret stash of cash. It happens in varying degrees.

Examples of financial bullying include one partner refusing to give the other access to the money, saying, “I earn the income, you stay home with the kids.” Others micromanage, demanding to see receipts for any expenses or controlling the credit cards, Edelman said.

Micromanaging “is damaging to a relationship, and is not conducive to effective personal finance,” Edelman said. “It can create substantial disruption in a family as parents argue over trivial aspects of money.”

There are solutions, but like the saver-spender dilemma, it starts with open and honest communication.

“If one spouse is unhappy about how the money is being managed, or a lack of information or clarity about the money, they need to tell the other about those concerns,” Edelman said. “The other must be responsive. It is not enough that one of you is happy.”

What do you call your money?

“One of the most fundamental things that couples need to understand is that there is no such thing as ‘my’ money and ‘your’ money,” Edelman said. “It's ‘our’ money. We have to work together to reach common goals. It is not an issue that I make more money than you do, because that is a form of financial bullying.”

Second marriages add to the complexity, as there may be assets and children from the first go-round. In these cases, Edelman says it may be appropriate to segregate money from a prior relationship. “But, it needs to be disclosed and agreed upon before your wedding,” he added.

Again, talking it over is key. With good communication and an agreed-upon financial plan, your next problem may be more fun to solve, like where to take that warm-weather exotic vacation or whether you will retire to the beach or the mountains.

8 Tips to Help You Automate and Streamline Your Finances 2 min read Healthy vs. Unhealthy Debt: A New Twist on the Good Debt/Bad Debt Argument 4 min read Financial Lessons Your Teen Can Learn from a Summer Job 2 min read