Learn the nuances for calculating and reporting your adjusted cost basis for fixed income bonds on your tax return from TD Ameritrade. 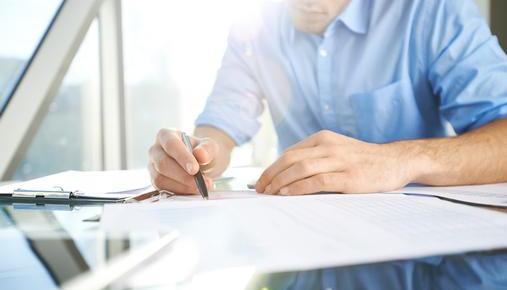 Over the years, Hollywood has developed quite a love affair with Wall Street. In typical Hollywood fashion, they have portrayed Wall Street as glamorous, outrageous and filled with over-the-top excess. But there is far more to the world of investing than Hollywood portrays. Bonds, and the rest of the fixed income securities market, are considered by many to be the "less glamorous side" of the investing world. If investing in stocks is like skydiving, investing in fixed income securities would be similar to watching paint dry.

Bonds just aren’t as glitzy. Bonds can be less volatile and more structured than the stock market. But, what many bond investors might not be aware of is the potential complexity of its tax reporting. That’s right, if you are looking for the “sexy” side of bonds, look no further than regulatory requirements put in place by the IRS.

Starting January 1, 2014, the IRS has required cost basis reporting for brokers, for any fixed-rate debt instruments purchased that year, and after, on the 1099-B. On January 1, 2016, the IRS implemented its final phase and required brokers do the same for variable-rate debt instruments and other complex securities. For fixed income securities purchased prior to these dates, cost basis reporting is the job of you, the taxpayer, not your broker.

Doesn’t sound too challenging; your cost basis is just what you pay for a security, right? Actually, not quite. What kind of bond you own, how much you paid for it, and how much it was issued for all impact how and what kind of calculations, or adjustments, need to be made to properly report your cost basis.

Each of these factors add an additional level of complexity to your tax reporting. To make the process more efficient, we have provided access to GainsKeeper, an easy-to-use platform, to not only track your cost basis, but also to track any fixed income adjustments that need to be made while accommodating any potential fixed income elections made by you with the IRS. 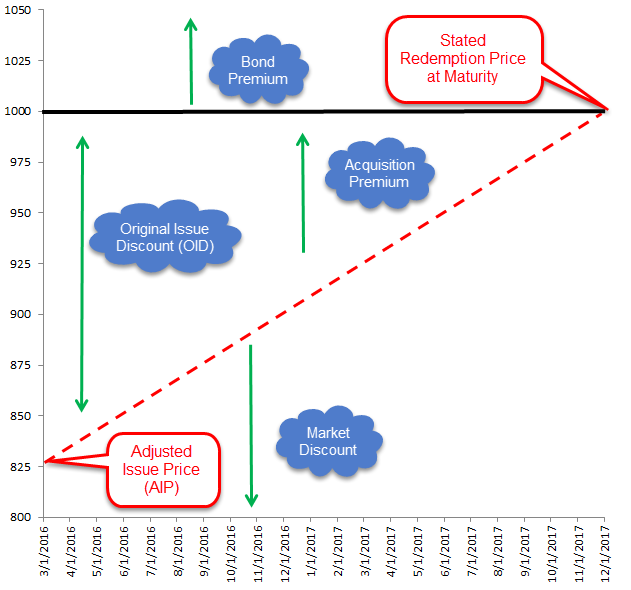 Four basic adjustments apply to a fixed income security: bond premium, original issue discount (OID), acquisition premium, and market discount. Whether or not these apply to your position largely depends on what you pay for the security and the price at which it was issued.

To better illustrate what these adjustments mean for you, let’s go over some basic fixed income terminology (see Figure 1) by looking at the decisions of three friends: Sam, Neal, and Bill. Each bought a similar bond at different prices in their taxable accounts. Let’s see what this means for them.

Sam lives his life on a budget, he clips coupons daily and tracks his spending down to every penny. He invested in several bonds, one of which we will call Bond A. Bond A has a par value of $1,000 and an adjusted issue price of $945. Being the budget hawk he is, Sam managed to buy the bond for $950. As a result, Sam is now subject to a few fixed income adjustments when he reports his cost basis.

As Sam’s bond moves closer and closer to maturity, he will have to report Original Issue Discount (OID), a form of interest, and Acquisition Premium adjustments along the way.

Even though no money is being received, Sam will have to report his OID as income, but it will also slowly increase his cost basis as it moves closer and closer to maturity (see Figure 2). Luckily for Sam, acquisition premium is an offset to OID, meaning any acquisition premium accrued during that tax year can be used to reduce the amount of OID being reported. For Sam, this additional calculation is worth the money he saved. 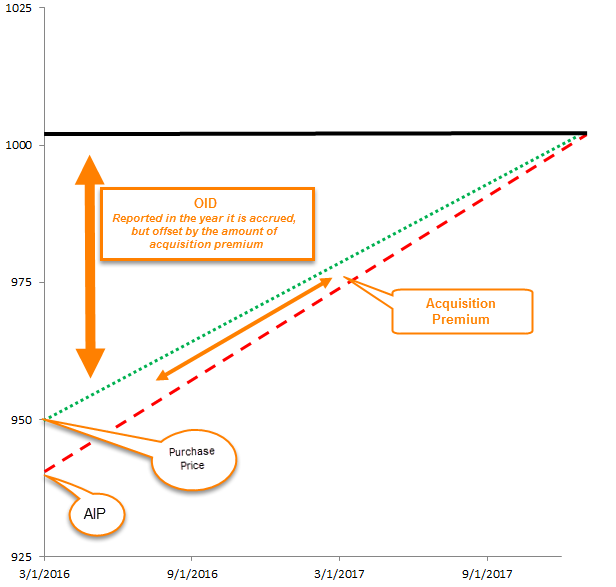 Sam bought Bond A below the SRPM, but above the AIP. This means he will be reporting OID, and increasing his cost basis until the bond is sold or matures.

Neal, on the other hand, is much more relaxed. He lives life out of convenience. If it’s more expensive to make his life easier, then he is willing to pay more. So, when Neal heard Sam was interested in Bond A weeks ago, he bought a bond of similar features—Bond B. He would have purchased Bond A, but Bond B was recommended by his friend, and he just did what he was told (By the way: Don’t be like Neal. Do your own research and know what you’re buying). As a result, Neal paid $1,050 for Bond B—more than par value. This means that Neal will be subject to bond premium.

Every year, Neal holds the bond, he may have to amortize a portion of the $50 premium he initially paid, assuming he has made this election with the IRS (see Figure 3). If Neal holds the bond until maturity, his cost basis will be reduced to the Stated Redemption Price at Maturity (SRPM), which is normally the par value. If he dispositions the bond before maturity, any unamortized bond premium will affect the gain or loss incurred. Additionally, Neal was able to use the bond premium to offset the interest income he was receiving while he held the bond. Seems like a nice tradeoff after paying more than Sam, doesn’t it? 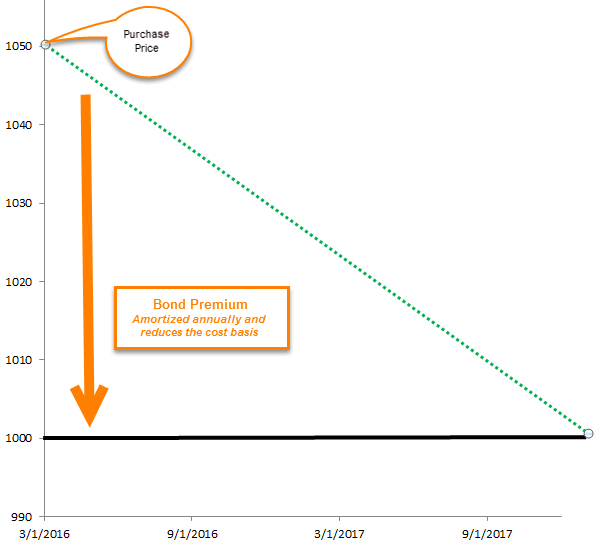 Neal paid $50 more for than the SRPM for Bond B, resulting in bond premium. As long as Neal holds the bond, he will be amortizing a portion of the $50 bond premium annually, which also reduces his cost basis to SRPM if he holds the bond until it matures.

Sam and Neal’s friend, Bill, also enjoys investing in bonds. Bill is also their tax advisor, and helps Sam and Neal make sense of how their taxes work. He heard about Bonds A & B, and wanted to get involved himself. He purchased Bond C for a large discount. Bill paid $850 for Bond C, even though the adjusted issue price (AIP) at the time of purchase was $925.

Because Bill bought the bond for less than the AIP, he will be subject to an extra adjustment known as market discount. Bill enjoys a good bargain, but his reporting just got more complicated.

Bill will be subject to OID adjustments, just like Sam. He will be reporting the OID as interest, even though no money is actually received. However, Bill paid less than the adjusted issue price, unlike Sam. So, instead of acquisition premium, Bill will need to track and make additional market discount (MD) adjustments. Bill hasn’t made any special elections with the IRS, so he will continue to accrue market discount and defer it until the position is closed. Once he sells the bond, or it matures, the market discount for Bond C is taxed as ordinary income. So, Bill has two types of income to report at different times—OID and MD (see Figure 4). 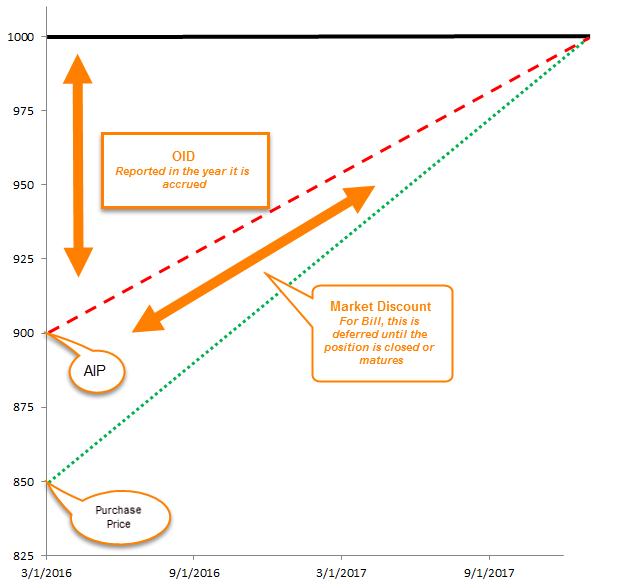 Bill bought Bond C at a deep discount–$50 under the AIP and $150 below the SRPM. Bill will accrue market discount as long as he holds the bond, but recognition will be deferred until he sells the bond, or the bond matures, at which time it will be reported as ordinary income. At the same time, Bill will also report OID, just like Sam did with Bond A.

Going Against the Grain

But what if one of these three friends want to report certain adjustments differently? Well, of course, that is a conversation they had with their trusty tax advisor, Bill. The IRS requires brokers to make certain assumptions about your fixed income elections that are generally meant to be beneficial, in their opinion. However, not every taxpayer’s situation is the same, and there are other choices available to them, and you.

If the taxpayer wishes, certain elections can be made that will change how they report their bond premium and market discount adjustments. The following elections need to be made with the IRS, the broker, or both.

If you have notified the IRS of one of these changes, and want your broker to do the same, they must be notified separately after the election is made with the IRS. Unfortunately, the IRS doesn’t let each of your brokers know what elections you have and have not made, so notifying your broker of the elections is a very important step.

So, Where Do You Go From Here?

We now know that cost basis of a bond or other fixed income security is more than what you pay—if only it were that simple! To make cost basis calculations and reporting even more exciting, there are other “levels” of debt (more complex, extra complex) as defined by the IRS that require additional calculations and reporting. These include convertible debt instruments and inflation protected securities (like TIPS), just to name a few.

A great resource to help you with your cost basis and bond premium reporting is the 1099 Information Guide. To access the guide, log into your account at tdameritrade.com, go to My Account > Tax Center > Tax Center: Resources. 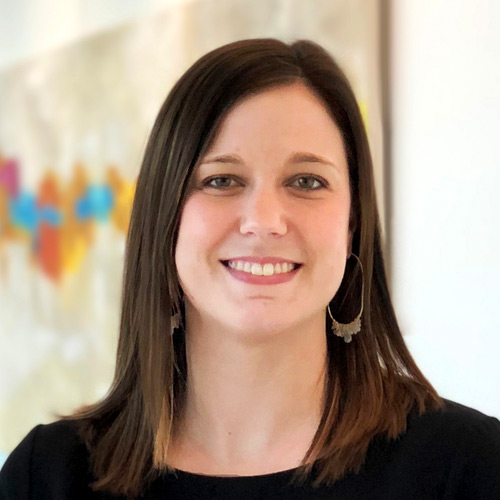