Gear Shift: New Views on the Best Time of Year to Buy a Car

Learn the new conventional wisdom: auto dealers offer some new tips as some of the old rules are outdated. 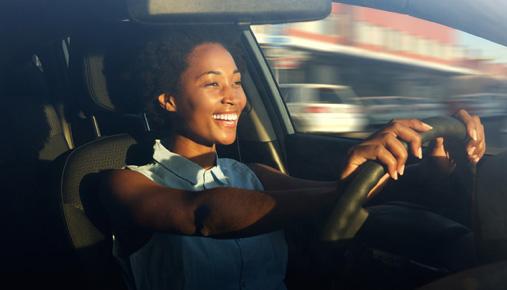 Got your eye on a new roadster to celebrate the emptying of the nest? Or maybe your growing family is in need of a new SUV? Better wait until the end of the month to take advantage of those bargains, right?

Not necessarily. Auto insiders say car buying has greatly changed in the past several years because of internet-based shopping which has made car sales steady throughout the year. But even so, certain times are better than others.

Still Some Negotiating Power at Month- or Year-End

While some of the cyclical fluctuations may have moderated, waiting for the month- or year-end can still yield savings. Both Steven Sivak, an auto sales manager in Michigan who has sold cars in several Midwestern states for nearly 30 years, and Brett Ewald, general manager at Ewald Chevrolet Buick near Milwaukee, said automakers still like to clear inventory before the calendar flips, so they’ll push vehicles.

But since many people know this, the last week of December is “notoriously” busy, Sivak says. It may pay to go a bit earlier, says Ewald, because sometimes selection can become limited.

And if you’re particularly choosy about color and option packages, it may become more difficult to get the best deal, especially during the changeover to the new model year.

Month-end can also be a good time, they both said, as manufacturers set monthly incentives. Some automakers have started a new program called “quick-start” where they encourage dealers to try to sell more cars at the beginning of the month, they said. For dealers that hit those early targets, carmakers may give dealers extra incentives they can apply to sales at the end of the month. That explains why one dealer might be able to offer a better price than another for the same car.

“We all pay the same for the cars. But if I hit my quick start (and another dealer didn’t) I can sell it cheaper than he can because I can apply up to four coupons to a car deal and offer it maybe $1,000 cheaper,” Sivak said.

This is one of the best times to get a new car and can rival year-end, they said. Dealerships only have so much space for inventory, and they’re keen to move the previous year’s model. Many of the new vehicles start to hit the dealers’ lots by August and September, although it can vary by manufacturer. Prices can be great, but buyers also need to consider that if a model was completely overhauled, the previous year’s model won’t have the latest features.

Sivak and Ewald said truck buyers should wait for March as incentives often are the highest they’ll be all year—and could be several thousand dollars more than usual.

Ewald said to stir winter buying, manufacturers will also give strong incentives around auto-show time, which varies from city to city.

“In Milwaukee, our auto show is end of February (or) early March. For us, Chevy puts rebates on half the cars because (the show) gets people excited,” he said.

Sivak said because car shopping is now more balanced throughout the year there are fewer lulls. While manufacturers may offer rebates around the major holidays, they’re usually not enough to incite buyers. And big sales on Black Friday is a myth, he says.

“That is not a car buying day. Everyone is out at the mall or online,” says Sivak.