As states begin lifting stay-at-home orders and shopping centers start to open up, many will be sporting a different look. But what about investments in retailers and related real estate investment trusts (REITs)? Here's what you might expect. 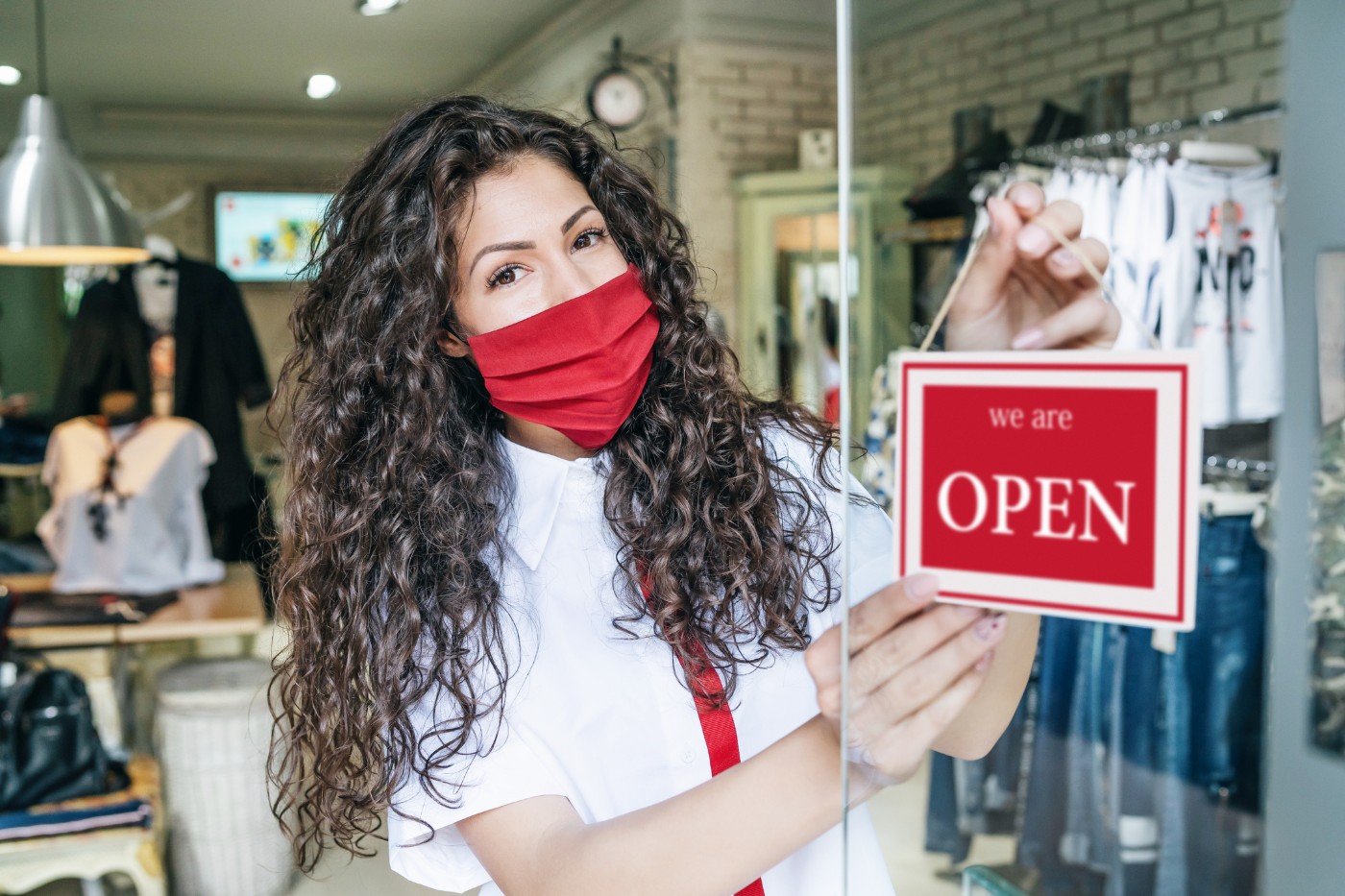 Shopping centers and malls are beginning to reopen their doors, some after as many as three months with the lights off after the coronavirus began its grave trek throughout the United States. But the shopping “experience” is getting a new feel in what’s becoming a touchless society.

How that will ultimately shake out is still probably months away as consumers and retailers alike get accustomed to whatever the new normal will be. Owners of shopping centers and malls—including Real Estate Investment Trusts (REITs)—are now looking at more empty storefronts versus earlier this year as retailer upon retailer has filed for bankruptcy and announced store closings.

Some shopping center and mall landlords were aggressively reformatting their footprints with hands-on activities like fitness centers, climbing walls, and axe-throwing facilities, but those plans might be in jeopardy. The jury is still out on whether such activities will be the consumer magnets they were at the beginning of 2020.

Here’s a look at the “new normal” and how it might affect investments in retailers and retail-related REITs.

The Changing Face of Shopping

Anyone’s who’s ventured out is likely to have already noticed the “masks required” signs and plexiglass shields at check-out counters, where clerks are wearing gloves and facial coverings of their own.

Retail employees of all stripes are doing a lot of sanitizing and rearranging to keep high-traffic areas as germ-free as humanly possible. Many shopping centers, mall courtyards, and similar facilities have social-distancing standards in place.

The stores themselves often have one-way signs in aisles and designated floorplates to guide shoppers as they stay six feet away from each other. Many also have door guards, who count shopper population to keep capacity at certain limits.

In some states like New Jersey, stores in indoor malls might be open, but restaurants, theaters, and arcades won’t be. In Chicago, restaurants with oversize windows can open them wide to provide a quasi al fresco environment without fully serving indoors. When they are allowed to serve indoors soon, they must limit capacity to 50%.

Will Shoppers Ever Go Back to Malls?

If the Census Bureau’s May retail sales results tell a story, it’s that consumers were able and willing to spend as the slow restart of brick-and-mortar retailing began. A 17.7% sales rebound was the largest in the record books, underscoring what pent-up demand can do for retail sales.

“There is a lot of revenge spending,” John Kernan, an analyst with Cowen, told the Wall Street Journal. “People have been cooped up for so long they want to shop in stores.”

But how sustainable is that? Consumers, many of whom were furloughed or permanently laid off, had stimulus checks in hand that many retail executives said juiced sales considerably. There were many jobless consumers who were getting bigger checks from unemployment and stimulus than they’d received from working. That reduced the incentive to go back to work during a financial windfall, however short-lived.

“We expected to see mall-based stores opening at about 25% to 30% of the volume they were seeing one year ago,” Jan Rogers Kniffen, a veteran retail consultant, said of May sales. “The current pace seems more like 55% as we look at the stores opening in the first week. Off mall, we expected stores to open at about 65% to 70% of last year’s volume. But, if the first week [was] any indication, it seems that off-mall openings are running at about 85% of last year’s volume.”

There is a lot of revenge spending.

That sales surge followed two straight months of declines: 14.7% in April—the largest drop in the nearly three decades records have been kept—and 8.3% in March, also a record. May brought a burst of spending at shopping centers and malls as well as online.

Macy’s (M), which began opening some stores in late May, reported that sales were performing “better than anticipated” at about 50% of what they typically are during the month. Kohl’s (KSS) said its sales at some stores were higher by as much as 60%, while Gap, Inc. (GPS) stores tracked at nearly 70% above year-ago results.

What to Expect at Shopping Centers

To start with, expect lots and lots of dark storefronts. When everything except essential retailers was forced to go dark after state- and city-mandated stay-at-home orders, indoor malls with large department-store anchors and smaller specialty shops and restaurants suffered immensely. Many landlords dealt with leasehold obligations—especially rent payments—that weren’t being fulfilled through much of April, May, and into June.

Store closures. Retail bankruptcies, including traditional mall anchor J.C. Penney (JCP) and specialty retailer Pier 1 Imports (PIR), are leading to massive store closings across the nation. Coresight Research, a retail industry consultant, expects more than 15,000 stores to shutter this year, far surpassing last year’s record 9,300. What’s more, up to 60% of those dark stores are projected to be in indoor malls.

How landlords will reconfigure and fill those spaces is unclear as this pandemic drags on. Many big-box stores could be converted into distribution centers or multifamily or office spaces. But those changes won’t be happening right away. Some centers could wind up being more empty than full of retailers for some time.

Reconfigured parking lots. As many apparel, electronics, and beauty retailers pivoted to stepping up e-commerce sites, parking lots were turned into curbside pickup spaces with designated one-way lanes for stopping. That’s a trend that’ll likely perpetuate into a post-pandemic era. It could create traffic headaches as more shoppers visit malls to shop and for pickup.

Long lines. Going forward, besides all the personal protection equipment and learning how to maneuver your car and yourself in shopping centers and malls, shoppers may face another challenge: long lines. Not just long lines outside a store (which often look longer than they actually are because of the six-foot distancing rules), but also lines to receive hand sanitizer and temperature checks.

No dressing rooms. Want to take that dress for a test drive? That’s getting harder to do. Many dressing rooms will be closed, and those that are open will likely have lines, too. Clerks will have to wipe each one down before the next shopper can step in. If shoppers are going to have to guess about sizes and fit, might that be easier from the comfort of their own homes rather than in a crowded indoor mall?

Advantage shift to outdoor malls. Open-air and lifestyle shopping centers and malls might be an easier bet for some shoppers, as they were during the quarantines. Plus, they often include essential retailers like grocery stores, pharmacies, and home-improvement centers.

They may also have drive-up parking with less need to touch doors or fear close encounters with other shoppers. Gap, Inc., for example, said that sales at its Old Navy stores, which are located in off-mall locations, were stronger than for indoor mall stores like the Gap and Banana Republic, something it attributed to the easy in-and-out.

How Might You Invest in the Future of On-Site Shopping?

Carefully. Most shopping centers and malls are traded through real estate investment trusts, and retail REITs tend to get hit hard during a recession.

On the one hand, REITs generally play well in a low-interest-rate landscape, but on the other hand, the paradigm shift could make for a rocky transition. Plus, there are likely to be winners and losers depending on location, so make sure you know where—and in which types of facilities—your investments tend to operate.

When looking at retail REITs, some investors may tend to seek those with a focus on big-box retail like Walmart (WMT), Target (TGT), and Costco (COST), or grocery-anchored spaces in high-density urban areas like New York, Los Angeles, or Chicago with Kroger (KR), SuperValu (SVU), or Whole Foods, owned by Amazon (AMZN). A handful concentrate on suburbs with Class A centers, as well as near midsize cities like Minneapolis, Atlanta, and Nashville.

As with any investment, do your due diligence and remember that the retail industry is changing dramatically. A mall today could be a warehouse distribution center a couple of years from now.

Investments in REITs and other real estate securities are subject to the same risks as direct investments in real estate, including loss of principal. The real estate industry is particularly sensitive to economic downturns. Be sure to consider your own financial situation, perform thorough research and consult with a qualified tax professional before making any investment decisions concerning REITs.

TD Ameritrade and third parties mentioned above. are separate, unaffiliated companies and are not responsible for each other’s services and policies.