Compare interest rate-sensitive stock sectors that could benefit or suffer at the hands of a Federal Reserve that’s predicted to continue to hike rates. 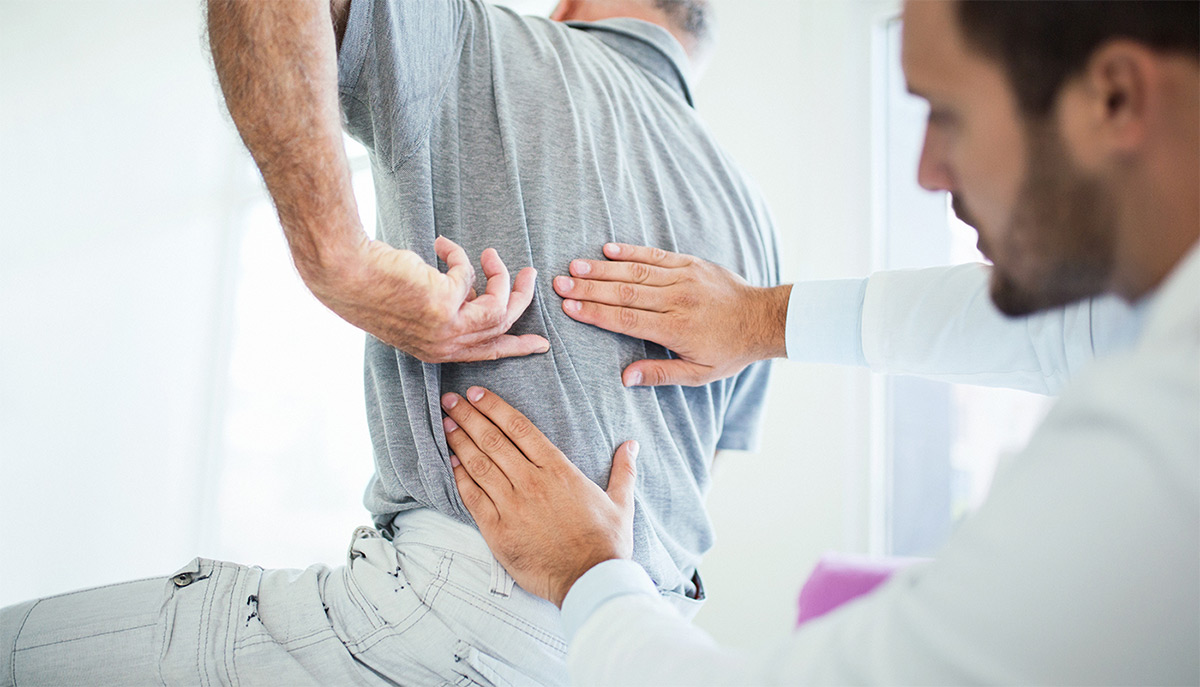 The U.S. Fed has hiked rates seven times in less than three years after leaving them essentially at zero for the good part of a decade. It’s indicating two more hikes this year, followed by a chance for three more in 2019. What could this mean for stock sectors, particularly some of the more interest rate-sensitive ones that can flinch whenever Fed Chair Jerome Powell clears his throat?

Typically, rate-sensitive sectors like utilities, telecom, and consumer staples decline when rates rise. That’s partly because higher yields in the interest rate complex can sometimes peel many investors away from dividend-paying stocks and into Treasuries, which some might see as safer (though no investment is truly “safe”). This year started with that traditional pattern holding firm, but recently—despite the Fed raising interest rates twice in the last four months—many investors flocked back to these sectors as Treasury yields fell amid the double blow of a percolating trade war between the U.S. and China and worldwide economic uncertainty. Some of the pain those sectors had felt from rising rates now seems to be countered by fear that has many investors seeking perceived “safe havens” for their money.

”We’ve seen strength in some utilities stocks,” said JJ Kinahan, chief market strategist for TD Ameritrade. “When you see any weakness in yields, some people are very quick to jump into these rate-sensitive stocks with historically larger dividends. It’s amazing how quick the money has been shifting around."

Treasuries—Canary in the Coal Mine?

Market interest rates—those set by the bond market—have already priced in a good amount of the Fed’s more hawkish stance, and until recently that seemed to have a definite impact on some of the interest rate-sensitive sectors. The benchmark U.S. 10-year Treasury yield climbed above 3% in May for the first time since 2014, a long haul from the historic low of around 1.33% touched in the summer of 2016.

In a sense, the 10-year yield moved more quickly than the Fed as investors started betting on a more hawkish policy. The biggest jump came early this year, as yields leaped more than 60 basis points between January and May 2018.

Sensitive Sectors Felt Heat—For a While

During the first few months of the year, some of the traditional rate-sensitive sectors like utilities, consumer staples, and telecom came under pressure. Historically, investors tend to buy these sectors to attempt to take advantage of historically high dividends paid by many companies in those industries, but investors can sometimes get anxious when 10-year yields climb above 3%.

Through late June 2018, telecom was easily the worst-performing sector year-to-date in the S&P 500 Index (SPX), falling about 10.7%, according to S&P Dow Jones Indices. Consumer staples were down more than 9%, and utilities were off more than 4%.

Looking at more recent action, however, signs of change are afoot. The trade battle with China that’s put pressure on U.S. stocks also weighed on Treasury yields, sending the 10-year yield down more than 20 basis points from its May high to below 2.9% by late June. At the same time, the rate-sensitive sectors that had fallen earlier in the year started to climb. Staples, for instance, gained more than 3% in the month ended in late June, while telecom and utilities didn’t gain ground but didn’t lose too much, either.

Meanwhile, one sector that historically tends to perform well amid rising interest rates—financials—simply hasn’t come to the party this year as yields have continued to be in a tight range. A narrowing of the curve between long-term and short-term interest rates has also been a factor weighing on financials.

Where’s the Money? Not in Financials

Traditional banks and insurance companies can sometimes pull in more funds with higher interest rates, which means Fed hikes tend to be pro-financial stock. However, that wasn’t the case as interest rates climbed in 2018. By late June, the financial sector was down almost 1% year-to-date, according to S&P Dow Jones Indices. This came despite a roaring economy and a big tax cut that’s helped double the number of initial public offerings (IPOs) from a year ago and potentially reduced big banks’ tax exposure. It also came as the Fed hiked rates in March and June.

Financials might be under pressure due to the declining yield curve, in which shorter-term Treasury yields have been climbing versus longer-term ones as investors seek shorter-term investments that might hold less rate risk. Lenders make money on net interest margin (NIM)—the difference between what they charge for loans and what they pay on deposits—so the narrowing yield curve could help explain the financial sector’s weakness. Additionally, the same factors (global economic uncertainty, trade jitters) helping rate-sensitive sectors might be temporarily hurting the financial sector.

”Financials have been weaker, but to me it could be a quick rotation,” Kinahan said.

A lot might depend on how the trade spat with China plays out. Fear of reduced economic activity due to tariffs could be more of a factor for the financial sector than the Fed’s hawkish stance. Some of the stocks taking a hit recently from the trade battle include major multinational firms with big manufacturing and sales bases in China, as well as agricultural companies, automakers, and chip-makers.

Traditionally, these so-called “cyclical” sectors tend to do well in a rising rate environment, and that might end up being the case again if some of the geopolitical noise recedes.

”We’re overweight in the cyclical sectors, including info techs, industrials, materials, and energy,” said Lindsey Bell, investment strategist at research firm CFRA. “All traditionally do well late in the economic cycle. Industrials and materials are weaker this year, but once some of these trade and geopolitical clouds are alleviated, economic growth can pick up and these guys can take off.”

Consumers Belly Up to the Bar

Strength in consumer spending is a big reason why stocks made so many record highs in 2017 and 2018. Retail sales—a broad measure that takes into account consumer spending in general on all sorts of products—were up 5.9% in May 2018 from a year earlier, and 6.4% not including automobiles, the government said in its May retail sales report.

”The key takeaway from the report is that consumer spending on goods was strong in May, which will feed expectations for a healthy pickup in second quarter GDP growth,” Briefing.com noted.

The question is whether this consumer strength can last if people start to see higher prices related to tariffs, as well as rising borrowing costs thanks to higher interest rates. The U.S. recently imposed 25% tariffs on $50 billion in Chinese goods, and President Trump asked his trade advisors to find $200 billion more in Chinese goods that could be eligible for a 10% tariff. This isn’t in stone, but it appears to be one of the big reasons some investors are moving into Treasuries from cyclical stocks, causing Treasury yields to fall and attracting more interest in some of the rate-sensitive sectors.

It’s not just consumer spending that drives the economy, but business spending as well. There are signs that businesses have begun to feel the trade war heat, and that, too, could have a longer-term impact on how sectors behave as rates rise. Atlanta Fed President Raphael Bostic addressed the topic squarely in a speech in June 2018.

“I began the year with a decided upside tilt to my risk profile for growth, reflecting business optimism following the passage of tax reform,” Bostic said in prepared remarks. “However, that optimism has almost completely faded among my contacts, replaced by concerns about trade policy and tariffs. Perceived uncertainty has risen markedly. Projects already underway are continuing, but I get the sense that the bar for new investment is currently quite high. ‘Risk off’ behavior appears to be the dominant sentiment among my contacts.”

One other factor to keep in mind when considering the impact of rising U.S. rates on stock sectors is what’s going on abroad. Although the U.S. economy has been galloping ahead, European, Chinese, and Japanese economies aren’t necessarily in tip-top shape. True, the European Central Bank has begun the long-awaited tapering of its bond-buying program, but some signs indicate the European economy isn’t necessarily out of the woods. Inflation in Japan simply hasn’t shown up. Chinese economic growth recently slowed, and there’s now a very wide gap between U.S. and European yields. All this could also trip up some of the sector rotation traditionally seen during times of rising U.S interest rates.

It all might seem like a lot to chew on, and it is. Keep a close eye on U.S./China trade relations, the U.S. political landscape heading into fall elections, and the European and Japanese economies over the coming months for a better sense of whether sectors might return to their traditional behavior. If these factors seem to grow less headline-worthy, focus might return to the strong underlying U.S. economy. That could send yields higher in the interest rate complex and have a positive impact on stocks.

TD Ameritrade and all third parties mentioned are separate and unaffiliated companies, and are not responsible for each other’s policies or services.
All investing involves risk including the possible loss of principal.