2020 Quantitative Easing: The Fed’s Fast and Furious Action to Fight the Virus-Led Downturn

As the U.S. economy pulled back in the wake of the COVID-19 pandemic, the Federal Reserve turned to a tool it used in the 2008–09 financial crisis: quantitative easing (QE). Here’s a crash course for investors. 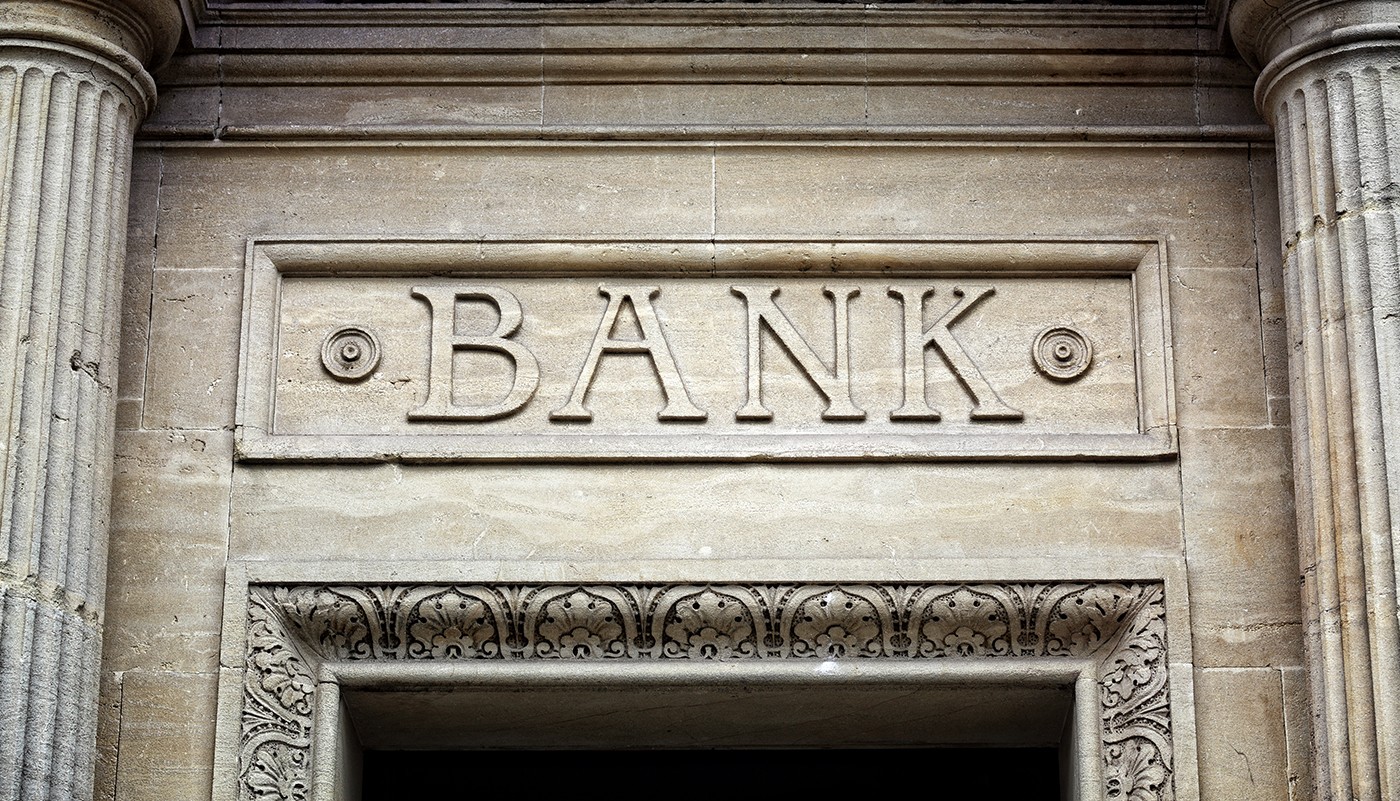 The Federal Reserve has wandered into uncharted territories with sweeping new programs aimed at fortifying the flagging U.S. economy as the nation battles the novel coronavirus (COVID-19).

But the Fed’s quick actions to slash interest rates to near zero and deploy billions of dollars through newly minted emergency lending programs has its roots in what’s been dubbed “quantitative easing” (QE), a tool first used in the United States during the recession in December 2008. (For the record, the Fed Reserve has preferred to call it a “large-scale asset purchase.”)

What Is Quantitative Easing?

Quantitative easing is essentially a central bank’s last-ditch effort to stimulate an economy when ultra-low interest rates aren’t adding enough liquidity to keep the motors humming. More than a decade ago, then-Fed Reserve Chair Ben Bernanke tapped on it three times over a six-year period in stages referred to as QE1, QE2, and QE3.

Quantitative easing has also been used by the European Central Bank, the Bank of England, and the Bank of Japan. The Bank of Canada is looking at QE for the first time.

In the United States, the biggest difference this time is that the Fed jumped on quantitative easing in the early stages of job losses and an unraveling economy that many believe will snap back relatively quickly when the COVID-19 panic has been curtailed.

“This is meant to help everyday businesses that maybe don’t have the advantages of companies the size a Microsoft (MSFT) or Apple (AAPL),” said Shawn Cruz, trader business strategy manager at TD Ameritrade.

“Right now, everyone is concerned about companies being able to have access to funding to ride out this complete halt in the economy,” he said. “It gives many companies a lifeline so they can keep the doors open or hire everyone back when we get to the other side of this.”

“Those companies need to still be around when we get there,” he added.

As the number of initial jobless claims rose to record highs starting in mid-March, the Fed put the pedal to its financial metal via a rule within the Federal Reserve Act that allows it to take “extraordinary actions” in a time of crisis.

“The coronavirus pandemic is causing tremendous hardship across the United States and around the world,” the Fed Reserve said in a statement released March 23, 2020. The Fed declared its commitment to “using a full range of tools to support households, businesses, and the U.S. economy overall in this challenging time.”

That’s worth noting because during the last decade’s rounds of QE fix-it programs, so-called “Main Street” investors were mostly left out of the picture. Although it could be argued that we all benefited indirectly from last decade’s QE, the target was definitely financial institutions that needed a lifeline.

“While great uncertainty remains, it has become clear that our economy will face severe disruptions,” the March 23 statement said, indicating that the Fed was at the ready to intervene. “Aggressive efforts must be taken across the public and private sectors to limit the losses to jobs and incomes, and to promote a swift recovery once the disruptions abate.”

“The issue is the lack of confidence in the outlook for the economy,” Cruz said. “No one will want to lend money if they don’t think they’ll get paid back.”

“The Fed injects that confidence in the markets when it goes out and buys certain securities,” he explained.

What the Fed Did Differently This Time

Through a series of programs that lean toward a whatever-it-takes scenario, the Fed has embarked on a purchasing spree for as much government-backed debt through Treasury securities and mortgage-backed securities as needed to defend the economy and its markets.

It’s also created new programs with a dizzying array of acronyms aimed at supporting the flow of credit to employers, consumers, and businesses. In their most basic forms, these programs offer money to help businesses continue to pay salaries and create products for consumers—who drive two-thirds of our nation’s GDP (according to data by the U.S. Bureau of Economic Analysis)—as well as pay their bills.

Other credit facilities have been established to support large employers and municipalities. The Fed also has a Main Street Business Lending Program on the table to boost lending to small and midsize businesses. The program is considered a complement to the Small Business Administration.

Congress, Treasury Jump on Board

When former Fed Chair Ben Bernanke introduced QE in the U.S. in 2008, it primarily aimed to keep financial institutions that were wrapped up in the long arms of mortgage-backed securities on their feet. It helped, of course, but was widely criticized as a bailout of the banking industry.

Today’s Fed Chair Jerome Powell seems to be adding to Bernanke’s programs and producing a bigger pie with pieces that go directly to businesses big and small: retailers, restaurants, bars, salons, and even gig economy workers.

Yes, this is truly unprecedented by a number of measures because it’s so far-reaching. But in the time of the coronavirus and the surrounding uncertainty, these measures appear to be necessary. Plus, the Fed got backing in the form of $454 billion earmarked by Congress to keep easy credit at hand for those businesses, states, and cities in dire need. More might be on the horizon.

The Treasury Department—led by Treasury Secretary Steven Mnuchin—acts almost as a cosigner that will backstop the loans if they’re not paid off. That $454 billion is intended to vouch for more than $4 trillion worth of credit—a huge stretch, maybe, but mainly because the Fed has said it expects the loans it makes will, for the most part, be paid back once the pandemic subsides and the economic gears begin to turn again—though it’s hard to predict when that might be.

The legislature’s first-ever nod to the Treasury request for that $454 billion bundle essentially gave the Fed a good bit of latitude to do whatever it takes to pursue its goal of keeping the downturn as temporary as possible.

“The government has stepped into the breach in a dramatic way, and has made the Treasury the Federal Reserve’s deputy,” Peter Conti-Brown, a Fed historian at the Wharton School of the University of Pennsylvania, told the Wall Street Journal. “The Federal Reserve has become your friendly neighborhood loan officer.”

About the Balance Sheet

Of course, the Fed has a balance sheet. It’s a bank, after all. But its balance sheet is not like yours and mine; it appears to be mostly a matter of paper promises.

Assets are whatever the Fed pays money for, such as Treasury bonds, bills, and notes, or loans tendered to banks. When the Fed needs more money—and granted, this is a gross oversimplification of money creation—it pushes the start button on the printing presses.

Liabilities—the other side of the ledger—include the paper U.S. dollars circulating in the economy today and the deposits made at commercial banks.

The Fed pointed out that its balance sheet “has expanded and contracted over time.” Indeed, QE (and its counterweight, “balance sheet normalization”) have a tendency to do that. But what was considered a jaw-dropping asset load that went from $870 billion in August 2007 to $4.5 trillion in early 2015 might look like a pittance by today’s numbers.

As of April 2, 2020, the Federal Reserve reported that its balance sheet surged to a mind-blowing $5.86 trillion record—a number that some market observers think could double or more before all’s said and done.

It’s uncertain how all of this will shake out after the economy starts to recover. Remember, this is uncharted territory for the Fed, even though it’s used QE before.

But the Fed doesn’t seem particularly troubled by its liquidity push. As it notes on its website, the balance sheet normalization that began in October 2017 (about a year after it ended QE3) through August 2019 led to getting its assets under $3.8 trillion until they began to edge upward again the next month.

These rapidly moving efforts to keep the economy from plunging are not about to slow down if Powell has anything to say about it. He told NBC’s Today show that the central bank will “aggressively and forthrightly” continue down this path, noting that it will not “run out of ammunition.”