Beyond Vaccines and Reopening: Are the Travel Demand Floodgates About to Open?

After more than a year of pandemic-related isolation, social distancing, and personal loss, consumers say they're itching to get back on the road, take to the skies, or get their sails into the wind. Is the travel industry ready? 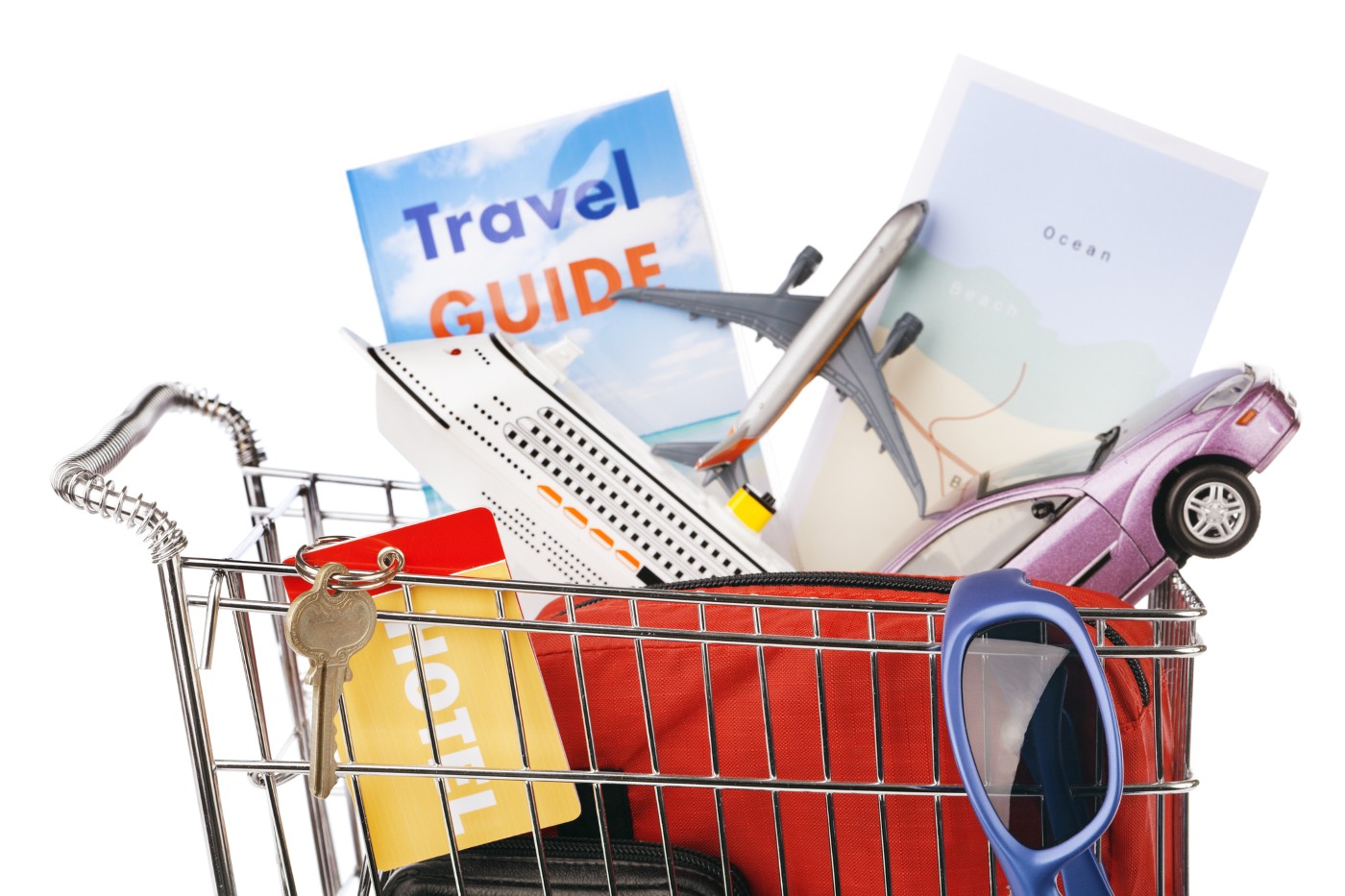 Oh, the places Americans are itching to go.

After more than a year of hunkering down, vaccinations are offering promise that travel plans might once again edge their way onto family agendas that have been mostly devoid of activity outside the home.

People are booking flights and hotel rooms to go to theme parks, historic U.S. sites, gambling meccas, and beachside resorts, according to a number of surveys and industry statistics.

But are the places they’re going and the ways they’re getting there ready for them? The answer to that is the one most detest: It depends.

Nearly two-thirds reported they are “highly open to travel” and more than 61% showed “strong excitement at the prospect of traveling now,” according to the group’s regular updates of “American Travel in the Period of Coronavirus” for the week of March 29. Since March 15 of last year, the group has been polling consumer weekly on their thoughts and feelings about wandering outside their homes.

Morning Consult, a data intelligence company, reports 61% of consumers say they are looking forward to going on a vacation after the pandemic is under control, with 45% “eager” to book a stay at a hotel but only one-third looking to take trips abroad and go on cruises—most of which aren’t available yet.

“Between travel, dining out, and shopping at malls, consumers are most excited about eventually going on vacations again,” the firm wrote in its March 31 update.

That appears to bode well for hotels such as Hilton (HLT) and Marriott (MAR), Disney (DIS) resorts and theme parks, and pretty much all airlines including United (UAL), American (AAL), Delta (DAL), and Southwest Airlines (LUV). What’s more, these are all industries that fuel each other as well as the hundreds of thousands of workers who depend on them for paychecks that they eventually spend elsewhere in the economy. Even on vacations.

And they’re all prepping by putting in place new health safety measures, sanitation efforts, and social-distancing and capacity guidelines—matters that increase operations costs while shrinking revenue potential and, consequently, the bottom line.

But here’s the catch: In the age of coronavirus, nothing is certain. Given that level of fluidity without a playbook to draw from, airlines, hotels, theme parks, and tourist spots might not know how well to prepare—a costly endeavor that goes well beyond flipping a light switch when it comes to planning.

Still Riding the Risk Train, but CDC Turns on Light at the End of the Tunnel

Yes, the numbers of vaccinations aimed at stemming COVID-19 are multiplying quickly and many consumers of all ages are beginning to feel almost bulletproof. But that might be foolhardy thinking amid the ominous indications of a fourth outbreak.

After three months of declines, COVID-19 cases are inching up again, nearly 12% higher the week of March 29 than the week before, according to Johns Hopkins University data. Plus, there’s fear of other more transmissible coronavirus variants lurking about.

The Centers for Disease Control and Prevention (CDC) is still waving cautionary flags, particularly among and around those still awaiting vaccination. However, on April 2 the CDC issued updated guidance for fully vaccinated people, saying they can travel “at low risks to themselves.” Although the guidance lifts some post-travel quarantine recommendations, it still encourages masks, social distance measures, and avoiding “nonessential” travel.

As Dr. Anthony Fauci, the White House chief medical advisor, pointed out, there are still risks of spreading COVID-19—even with vaccinations.

“Even if on the planes people are wearing masks, when you get to the airport, the check-in lines, the food lines for restaurants, the boarding, that you see how people sometimes can be congregating together, those are the kind of things that invariably increase the risk of getting infected,” Fauci said on CBS’s “Face the Nation” in late March.

Given the pent-up demand to get out of the house, the travel industry looks to leisure travel to power the onset of a recovery.

“The first half of the year will continue to be challenging for our industry,” said Amanda Hite, president of hotel tracker STR, at a recent hotel and lodging conference. “Group business and corporate travel will be toward the latter part of the year before we see meaningful progress.”

The Transportation Security Administration might tell the story. Since mid-March, more than a million travelers have been screened each day, according to TSA data.

So far this year, the busiest day of what the federal agency calls “traveler throughput,” when folks make it through the security screeners, was Sunday, March 28, at roughly 1.57 million passengers screened. That’s a nearly 775% increase over last year, but still down more than 37% from 2019 as the recovery takes hold.

“We can see that light at the end of the tunnel,” UAL CEO Scott Kirby, the chief executive of United Airlines, said at the U.S. Chamber’s Aviation Summit last week. “Domestic leisure demand has almost entirely recovered. It tells you something about the pent-up desire for travel, the pent-up desire to remake those connections with people.”

Investors seem to be taking note. See the Amex Airline Index (XAI) in figure 1 below—it’s up five-fold since last fall.

Industry Roundup: Where Things Are Headed

Here’s how some travel industry segments are gearing up for what could be an onslaught of domestic travel. But remember: Nothing is set in concrete.

Airlines. The flexibility and low prices the airline industry has been practicing the last year—arguably the most malleable in 20 years—is about to change, especially for basic economy fares. Beginning April 1, for example, AAL said it will keep the no-change fee policy in place for premium and cabin fares, but basic economy fares are once again nonrefundable and non-changeable.

Speaking of fares, the supply-and-demand dynamic is likely to kick in because international travel is mostly still off-limits and the industry has an opportunity to potentially break even and stem the monthly cash burn. Airlines are starting to put more planes in the air but are likely to test volume levels before they’re totally powered up. Kayak, a travel-search site owned by Booking Holdings (BKNG), said in early April that ticket prices for the top 100 destinations were up 7% from the previous month.

“Domestic airfares are rising,” JP Morgan analyst Jamie Baker told CNBC. “Discounted fares increasingly require a hunt, and for many consumers that have been locked up for a year, they’re probably not up to the effort.”

Though COVID-19 protocols of social distancing and mask requirements are in place, the planes themselves could be more crowded. DAL, for example, said beginning May 1 those middle seats will be on sale again, challenging social distancing guidelines.

Hotels. Vaccinations and “burgeoning travel confidence” in the United States has “unleashed pent-up demand” for hotels, according to Isaac Collazo, vice president of analytics at STR, the hospitality analytics firm. Hotel demand grew in every state in the first three weeks of March to pandemic-occupancy highs.

The overall U.S. hotel industry demand in the week ending March 20 stacked up to 81% of what it was in 2019, now considered the benchmark, Collazo said. “The largest gains were posted in Florida, Texas, California, Tennessee, Colorado, and Nevada, which together accounted for nearly half of the total U.S. demand gains for the week,” he said in a report.

Theme parks. The abrupt lockdowns put in place a little more than a year ago smacked into the parks’ busy spring break season, which was hitting record numbers, according to industry reports.

Amusement parks are now mostly open, but the capacity limits are stringent and some folks still can’t get their head around wearing a mask while on a roller coaster. DIS has had its four theme parks in Florida open on a limited basis since July and said it will swing the gates open at Disneyland and Disney California Adventure, its two California parks that have been closed since March 14 of last year, on April 30. Hotels in California start opening April 29.

Social-distancing requirements have limited capacity of about 35% at its Florida properties, and the California properties will only allow state residents with pre-booked reservations, DIS said.

“We’re thrilled with the response we’re seeing from our guests in terms of future reservations,” Bob Chapek, DIS CEO, said on Bloomberg TV in March. The bookings give him “confidence we’re seeing the light at the end of the tunnel for the pandemic.”

Trouble on the High Seas

For all the optimism that abounds on vacations, not all travel choices are in recovery mode just yet. The cruise industry has been in rough waters ever since last year’s very public COVID-19 outbreak on Carnival Cruise Lines’ (CCL) Diamond Princess ship that led to 691 infections and seven deaths.

The cruise industry has called on the CDC to level the playing field—well, in this case, the waters—to relax what one C-suite exec called the “impossible-to-sail” order. In October, CDC lifted its no-sail order only to replace it with 40 pages of mostly indecipherable or impractical rules, according to cruise line executives.

The U.S. Travel Association (USTA) called out the CDC, noting the “disproportionately heavy toll on the travel industry” and the partiality of singling out certain industries while others in the economy are allowed to reopen.

“It is economically imperative to find the pathways to reopening,” USTA CEO Roger Dow said in a March 30 statement. He added that a “layered approach to health and safety allows the safe resumption of travel” and appealed for “the phased resumption of cruise operations as quickly as possible.”

And like other segments of the travel industry, cruisers are itching to get back out there. The cruise lines—CCL as well as Norwegian (NCLH) and Royal Caribbean (RCL)—have all drawn up and published new safety and cleaning protocols and best practices.

Last year’s lockdowns gave the travel industry time to think, plan, and implement the path forward. Research and vaccines have helped pave that path. And now, travelers are itching to traverse it.