Stock Split Basics: What Are Stock Splits and Why Do Stocks Split?

Stock splits have increased as the U.S. market extended its bull run, but the actual benefits for investors are questionable. 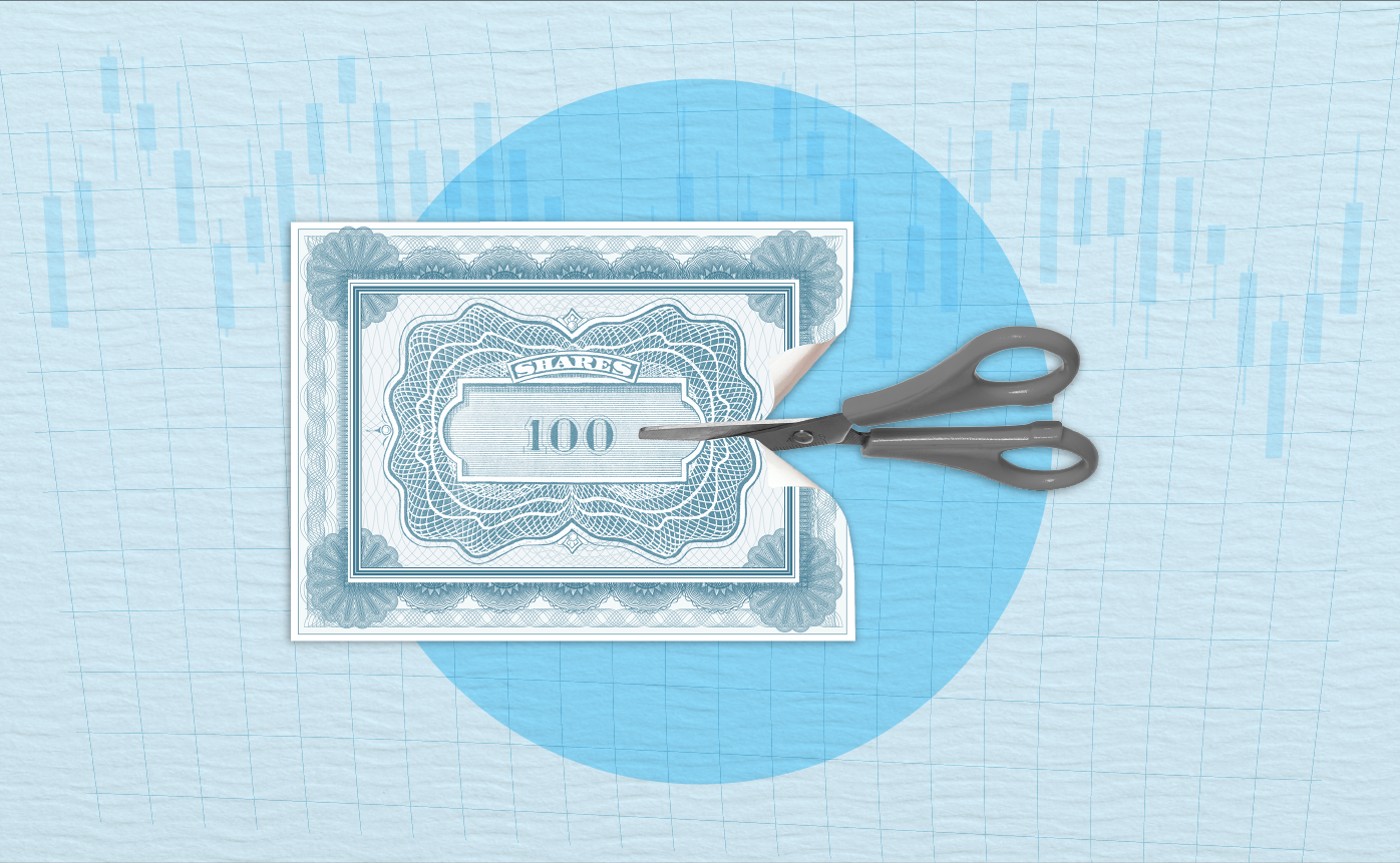 A guy walks into a pizza parlor and orders a large 16-piece supreme; hold the anchovies. The clerk asks, “Would you like it cut into four or eight slices?”

“Better make it four,” he replies. “I could never eat eight slices of pizza.”

If you get the joke, you understand the basics of a stock split.

What Is a Stock Split?

Take that pile of stock in front of you and double it, or triple the number of shares—heck, let’s get a little crazy and multiply it times 10. That’s essentially what happens when a company splits its shares. You have more shares than you had before, but are you actually richer or otherwise better off? The short answer: Not on the surface.

Let’s look at a common scenario in a two-for-one split: Investors receive one additional share for each share they already own. The stock price is halved—$50 becomes $25, for example—and the number of shares outstanding doubles.

Otherwise, not much else changes—the company’s market capitalization—that’s the total value of all outstanding shares—and other key financial metrics remain the same. Market professionals have long debated the merits of splits and whether investors realize any benefit.

Why Do Stocks Split?

Why do companies split shares? Psychology, for one. As a stock price climbs, some investors, particularly smaller ones, may view the shares as too expensive and out of reach. A split, in theory, takes the price down to what may be a more attractive or accessible level, while also feeding a notion among existing shareholders that they have “more” than they did before.

However, this isn’t just psychological—a lower stock price does allow access to investors with smaller portfolios with less risk of overweighting the portfolio into one stock. This means investors can maintain their preferred levels of risk by maintaining their asset allocation and diversification mix.

Stock splits can take many forms, although the most common are the 2-for-1 split, the 3-for-1 split and the and 3-for-2 split.

A company’s management and its board must approve a split, then publicly announce its intention to do so; the actual split usually takes place within a few days or weeks.

If you’re an investor in a company that does a 2-for-1 stock split, you’ll receive one additional share for each share you already own, likely deposited directly into your brokerage account (because the stock price is split accordingly, the value of your stake won’t really change due to the physical split alone).

Less common is the reverse stock split, in which a corporation reduces the number of outstanding shares, often in an attempt to prop up a sagging stock price.

Splits allow people to buy more shares. When investors believe they can buy more shares at a lower price, they seem to perceive that as some kind of a “deal” for the stock, even though the value hasn’t really changed.

Splits often pick up during strong periods for the broader market, as was the case in the ’90s and in the bull market that began after the financial crisis in 2008-09.

But not all companies play the split game. Warren Buffett, for example, has been quite vocal over the years about the folly of splits, stating quite plainly that his company, Berkshire Hathaway (BRK/A), will never split. Shares of BRK/A trade for about $525,500 apiece as of April 2022. Similarly, Alphabet (GOOGL) hasn’t split since before it was still called Google in 2014. At the time of this writing, the stock is trading around $2,600.

Amazon (AMZN) was trading around $3,000 per share before it announced a stock split in April 2020. This will be Amazon’s fourth stocks split since going public in 1997.

Trading and Investing Around a Stock Split

For investors, seizing on a split as the deciding factor in whether to buy a stock is inadvisable. For traders, potential benefits of any split-related strategies have grown murkier. Years ago, it was common to buy shares after a split because the stock tended to rise toward the pre-split price within a year. More recently, it’s unclear if that phenomenon still holds true.

There was also the “Chuck Woolery strategy”. Much like the ’80s dating show and its amiable host, what was once ubiquitous now seems of a distant era. Under this tack, you’d buy a stock about two weeks prior to the announced date of a split, then sell it about two days ahead of the actual split—the “two and two” trade, to echo Woolery’s commercial break signoff phrase.

The stock tended to rally into the split, then sell off after the split. The effect was especially pronounced during the dot-com bubble. But, like many short-term trades or arbitrage opportunities, patterns changed.

Traders had created a self-fulfilling prophecy, but investors are savvier today than they were in the ’90s and early 2000s. They realize the value of the trade isn’t changed through a split, so the excitement over splits isn’t there.

While it’s true that a split doesn’t change the fundamental value of a company, there’s evidence that under certain market conditions, stocks tend to outperform other stocks after a split. A study out of George Mason University that looked at 3,480 stock splits from the Nasdaq and NYSE found the average return after a split was one percentage point higher than a benchmark of similar stocks over the next six months. They outperformed by a 0.82 percentage point after a year. However, in years where stock ownership by individual investors was particularly high, returns averaged 2.95 percentage points less after six months and 6.12 percentage points less after 12.

While the returns after a stock split may vary on market conditions, in the end, the value immediately after a split is the same. In other words, that 16-inch pizza, no matter how many slices it’s divided into, is still a 16-inch pizza. 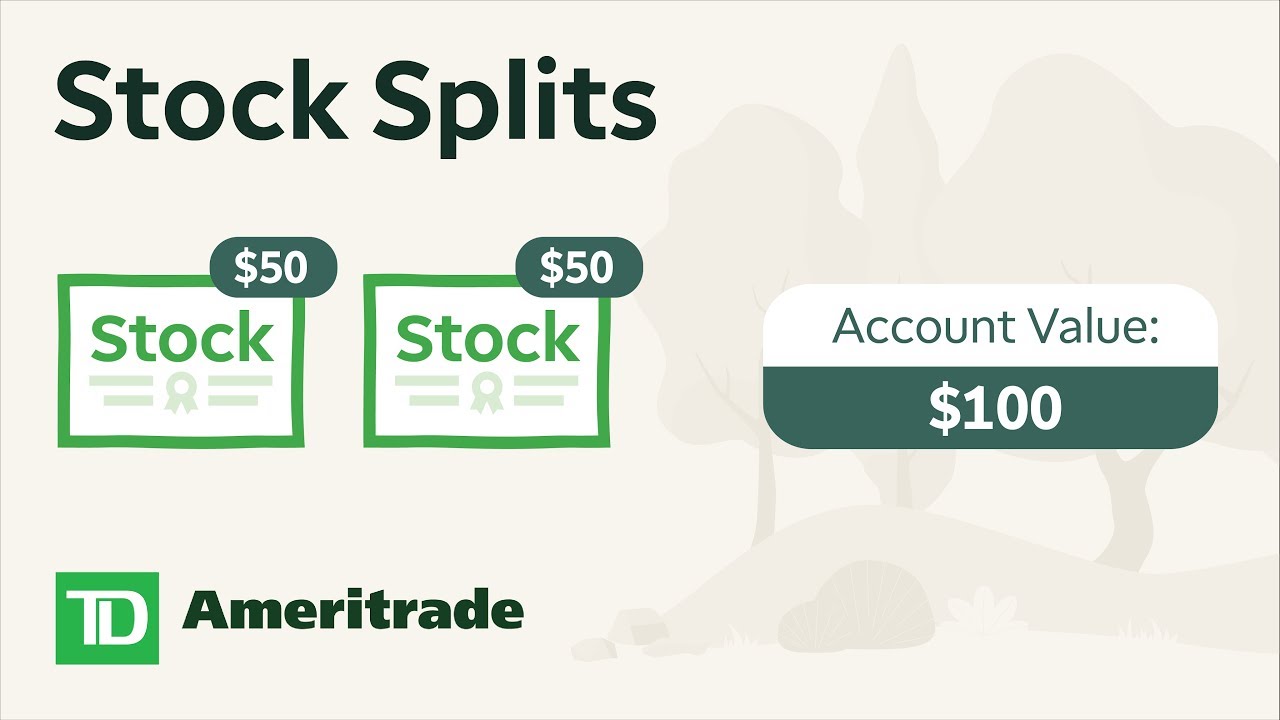 All investments involve risk, including the loss of principal.