Stock-Finding Tips: Look Where Others Are Not 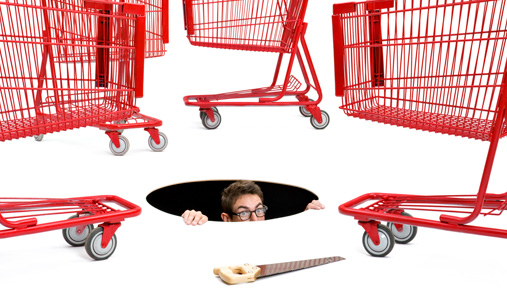 Sniff out your own everyday research that goes beyond black-and-white statistics.

It’s easy enough to drive down Main Street and count the number of once-empty storefronts getting a fresh coat of paint and a new awning. Common deduction? Economy’s getting better.

Take it a step further, cruise around town. More houses with lights on or off? During down times, windows glow with on-a-tight-budget TV watching. Dark windows might mean consumers are eating at restaurants and seeing movies in theaters. In fact, windows can be a great indicator. Economists like to tell the story of a professor who wanted his own evidence of the state of the Chinese real estate market. He biked around during a solar eclipse to measure how many office buildings were lit—and thus, occupied—during the pitch-black midday.

As investors increasingly want more say in their stock-picking or retirement planning, empowered amateur economists can potentially read deeper into the behavior of those around them. After all, most of us are privy to snapshots of consumer actions dozens of times each day, observations that are accelerated, perhaps accurately, maybe distorted, through social media and Web videos.

Perhaps there’s something to this. It’s all part of playing “independent economist,” and piecing together the bigger story that can help inform investing independence or shape the questions you’re asking your advisor: Cyclical or defensive sectors? Heavier bond or stock weighting? Make short-term adjustments or batten down for the long haul?

Indie economists look and listen. Hearing the staccato of high heels at work? Perhaps not as loudly as a few years ago. Using social media, blogs, and historical consumer data from the Great Depression and significant eras past, IBM drew some conclusions in a report issued in late 2011: the lower the U.S.’s economic output, the higher women’s heels.

According to Dr. Trevor Davis, a consumer products analyst with IBM Global Business Services, low-heeled flapper shoes in the 1920s were replaced with highheel pumps and platforms during the Great Depression. Platforms were revived during the 1970s oil crisis, reversing the preference for the 1960s’ low-heeled sandals. And, low, thick heels of 1990s “grunge” gave way to “Sex and the City”-inspired stilettos during the dot-com bust.

Yet, trends don’t always behave as expected. Bloggers in 2008 and 2009 wrote consistently about heels of five to eight inches, but by mid-2011 they wrote about the return of the kitten heel and perfect flat. Says Davis: “This time, something different is happening—perhaps a mood of long term austerity is evolving among consumers, sparking a desire to reduce ostentation in everyday settings.”

Seems counterintuitive, doesn’t it? You might expect practical flats to dominate as the citizenry shuffles through the bearish stretch. Not necessarily. Fantasy helps paper over the bad times. And high heels are a hallmark of fantasy by some fashion standards. In other words, consumers may have canceled their European vacation, but they’re cheering themselves up at the shoe rack.

Whether going by heel height or other trends, there’s little doubt that consumer mood drives spending. And consumer spending makes up two-thirds of U.S. GDP. Shoes observations might complement the more serious government stats squawking from the telly or dominating daily Web headlines and democratically dispersed economic research and commentary.

The numbers are there, yes. Yet questions linger: Do certain hiring shifts signal the higher incomes that will boost consumer spending? Some of the answer is intuitive. Common sense tells us which of these categories require higher skills and better pay for those talents. Internet salary calculators can help fill in the gaps. And, older official hiring data, for back-up, is kept by the Labor Department’s Bureau of Labor Statistics. True enough, data sometimes raise as many questions as answers. That’s when connecting the dots kicks in. With risk in potentially getting it wrong.

Indies can’t get too carried away. Observant amateur economists should be aware of the limits of their “mental accounting,” said Chris Jones, economist at TD Bank. Pricier bread and milk is an important grocery store observation, but does it automatically warn of widespread inflation? No, Jones stressed. Commodities like food rise and fall in the short term, but a wider lens shows that technology prices, for instance, are trending down and staying down, he said.

No one’s questioning the hard work and expertise that comes with the framed university parchment in economists’ offices. They’re the professionals. But there’s ample behavioral economics in much of their work too.

Consumer attitudes and spending habits, home-builder business projections, planned corporate hiring and layoffs, and manufacturing purchasing managers’ orders are tracked in “official” monthly measures scrutinized by economists and the financial press. The Federal Reserve’s closely tracked “Beige Book” report, named simply for the color of its cover, collects comments (from bank loan officers and store owners for instance) to sketch a picture of the U.S. economy by region every few weeks.

Amateur economists might arm themselves with a list of indicators that don’t always dominate board room or bar room conversation but rather fly just a bit off the radar.

You might consider an Internet search on the measure of optimism among executives in the equipment leasing and finance industry--the companies that help other companies ramp up for business. Or, rail shipments data can offer a temperature reading long before demand is measured in retail stats, or even in factory orders.

Sharpening your indie economics skills is sometimes about taking a different look at the same old data. Reporters (including this article’s writer) who’ve navigated the maze of U.S. Commerce Department halls and the sometimes hundreds of pages in its reports eventually learn just what line to hone in on. The monthly change in the department’s Durable Goods orders data may earn the story lead, but there’s a kernel in that report that can’t be ignored (and it’s a mouthful): nondefense capital goods excluding aircraft. Economists generally view that figure as a proxy for capital investment in new machines and equipment; businesses will only write the big checks if they expect customers to follow.

Sometimes, the data does a head fake. But the best indie economists know that.

“Consider that rising unemployment is sometimes a sign that times are improving,” said Steven Landsburg, professor of economics at the University of Rochester, and author of the newly revised The Armchair Economist.

Everyone tunes in when the monthly payrolls report is released and for good reason. But the government crunches other figures worthy of attention, including: Job Openings and Labor Turnover. It’s released on a delay, but its scope is what’s important. In February 2012, the number of people quitting their jobs outnumbered the amount of workers that were laid off for the first time since the economic recovery began, according to the Bureau of Labor Statistics. (Hint: Quitting is referred to as “job separation” in the report.)

Bottom Line: Whether you’re collecting your own “underground” economic research or simply digging beyond the government and private-sector headlines, all observations matter. Some findings are a little out there—such as alligator populations might go up when a slow economy cuts demand for high-end purses. They make for fun reading and not much more. Sometimes it’s about not taking the figures at face value until there’s further confirmation—zigging while the pack zags after a payrolls report by waiting for a longer trend confirmation in hiring practices.

Guess what? Indie You decides.

TD Ameritrade is separate from and not affiliated with IBM, the Wall Street Journal, LinkedIn, Steven Landsburg, or the University of Rochester, and is not responsible for their product, publications, policies, or services.

TD Ameritrade makes no representations or warranties with respect to the accuracy or completeness of the information provided through Minyanville’s Buzz & Banter.