Popping the Cork With the Fed: Cool Ideas for Rising Rates

What you should know about rising interest rates, and practical trading strategies for dealing with them—approaching Fed decisions in four different arenas. 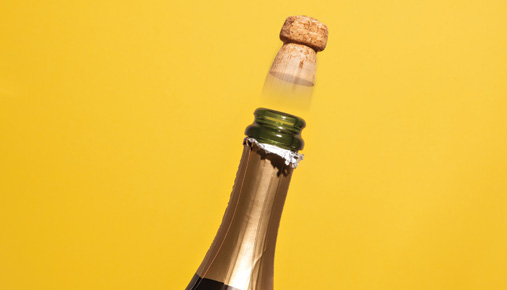 Can you think of anything the market pays more attention to than the federal reserve talking about interest rates? Well, they finally raised 'em. Now what? For traders, the work has just begun.

The Fed’s rate decisions can reverberate through the global economy, and the gossip usually centers around Federal Open Market Committee meetings. Here, the chair and governors hash out how best to meet the Fed’s dual mandate—maximizing sustainable employment while maintaining price stability. When they release meeting minutes weeks later, the market dissects every sentence for clues about whether the Fed might raise, lower, or keep rates the same. How can that information be useful to you?

You can in fact react to, and approach, Fed decisions in four different arenas.

Officially, the Fed sets the discount rate. That’s the rate banks pay to borrow money from the Fed. But the Federal Reserve impacts interest rates most dramatically through the Fed funds rate, for which targets must be set. Banks need to hold a certain amount of cash on hand to run their businesses. That amount, the “reserve requirement,” is set by the Federal Reserve. Big banks (think Citigroup or JP Morgan) use the Fed funds rate to charge each other for overnight loans.

The Fed also uses open market operations, whereby the Fed buys and sells Treasury bonds and notes, and sets the interest it pays on bank reserves held at one of the regional Federal Reserve banks to push Fed funds to its target. To see the Fed funds rate, look at the /ZQ future. The rate is 100 minus the futures price. See Figure 1 below.

To calculate the Fed funds rate, subtract the futures price (yellow circle above) from 100. Source: thinkorswim® from TD Ameritrade. For illustrative purposes only.

As a bank’s cash moves in and out through borrowing and lending, it may find at the end of any given day it’s cash short to meet its reserve requirement. No problem. It locates a bank with a cash-reserve excess for that day and arranges an overnight loan. These Fed fund loans are “unsecured,” meaning they don’t require collateral. This is in part why the Fed funds rate is more influential than the discount rate. When a bank borrows money from the Fed at a discount, the loan has to be collateralized. The discount rate is also usually higher than the Fed funds rate, which is why big banks prefer working with Fed funds.

HOW TO PROCEED: Banks and financial companies hold lots of cash on which they earn interest. When rates are higher, banks earn more interest on that cash, and likewise earn more on loans. That’s why higher interest rates can be bullish for bank stocks. And why the world pays attention to those boring committee meetings. If you think rates might rise and lift bank stocks, consider strategies like covered calls or short puts.

But here’s the deal: a rate change doesn’t affect all bonds equally. Bond prices with varying maturities react differently to rate changes. That unique sensitivity is called “duration.” A bond’s duration indicates how much its price changes if its yield (rate) changes 1%. For most investors, it’s not important to know a bond’s calculated duration. But you should know the more time to maturity a bond has, the higher its duration, and thus its sensitivity to rate changes.

For example, if we look at the price of Treasury notes and bonds with 5 years, 10 years, and 30 years to maturity, and expect rates will rise 1% for each of them, the price of the 30-year bond will drop the most, the 10-year note will drop less than the 30-year bond, and the 5-year note will drop the least. They’ll all drop in price, but by different amounts. This also suggests the 30-year Treasury is more volatile than the 10-year, which is more volatile than the 5-year.
Now, rates don’t usually change uniformly for Treasuries across the various maturities. The relationship between bond rates, or yields, and time to maturity is known as the “term structure.” But that’s a topic for another day.

As the name implies, this scenario occurs when a company buys back its own stock. When a company issues stock, shares are sold to individual investors or institutions. The number of shares issued is referred to as “shares outstanding.” A company can have tens of millions of outstanding shares. To calculate the company’s market value, multiply the number of shares outstanding by the stock price. So, what does that have to do with interest rates?

When rates are low, a company can borrow, and not spend as much on interest payments. On the other hand, a company holding a lot of cash earns less interest on that cash when rates are low. If a company thinks its share price is low, it can either borrow money or spend cash, to buy back from investors some of its outstanding shares. With fewer shares on the open market, the earnings per share increases, causing the stock price to increase in most cases. A company’s overall market value doesn’t change because of the buyback. But with fewer shares outstanding, you need to multiply those shares by a higher stock price to keep the company’s market price the same.

HOW TO PROCEED: In recent years, a large number of buybacks is one reason the market has rallied. And a threat of higher interest rates can mean buybacks become less attractive. If you think higher rates will slow buybacks and remove some of the market’s upward bias, you might consider a short call spread in the S&P 500 as a way to do this using a defined-risk strategy.

Under capitalism, money flows to higher returns. And money thinks globally, cherry - picking which country has better returns. In practice, what does this mean?

Most industrialized countries have central banks that offer guarantees on interest and principal on certain investments like Treasury bills. These banks set or influence short-term rates in their countries. Rates can differ widely, and some guarantees are more sound than others. Germany, for instance, is more stable these days than Greece. All things being equal, the safer the investment is considered, the lower the interest rate. That’s why German short-term rates tend to be lower than Greek short-term rates. In general, investors balance higher potential returns with risk, and invest in countries they feel offer the best risk-adjusted return.

To do that, you have to buy an interest-rate product in a country’s own currency. When you convert your native currency, in effect you are selling your currency and buying the other. That activity pushes down the price of your currency relative to the other. In this way, higher domestic interest rates tend to mean a stronger currency. So, when the Fed signals higher U.S. rates, the dollar tends to move higher, relative to foreign currencies.

HOW TO PROCEED: If you think rates might rise and push the dollar higher, and you’re approved for forex trading, one option to consider is to short a currency like the euro against the dollar (EUR/USD on the thinkorswim platform). If you’d like to stay within the equity world, there are a number of exchange-traded dollar-based currency products that you could sell put spreads on. Or you could sell call spreads on an exchange- traded foreign currency product. (Please note that many of these currency products are not investment companies registered under the Investment Company Act of 1940, so be sure to carefully read the particular product’s prospectus for a more complete discussion of the applicable risk factors before investing in or trading options on these products.)

Think of the Fed like a bear waking up from a long slumber. With the Fed potentially in rate-hike mode now after nine years with a flat interest rate at zero, it might be time to adjust your trading strategies if you’re trying to capitalize on rising rates. When, or ultimately how much, rates change is anybody’s guess. But if rates move higher, having a strategy in place like the four discussed here might help position you to keep pace with potentially deep market shifts and emerging opportunities.