Global Diversification Strategy Could Be Served By Thinking Local

Having global exposure can sound complicated. But you may already be exposed to global economic trends if you're invested in major U.S. stocks. 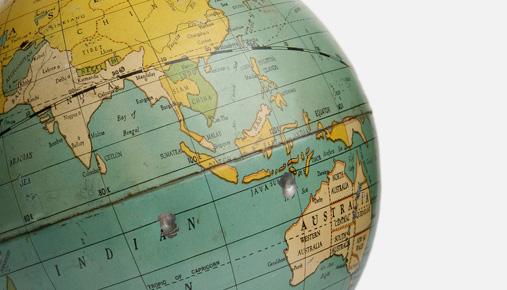 Some investors might be familiar with the “go global” mantra in which they’re encouraged to look outside America’s borders for opportunities to diversify their portfolios across different countries and continents.

Global diversification can be said to have its merits. But as you ponder whether and how to diversify into Asia, Europe, or somewhere else, consider this: You may already be pretty global as it stands.

That’s because if you own some stocks in the Dow Jones Industrial Average ($DJI) or an S&P 500 Index (SPX) fund, you may already be plugged into our great big global economy.

Large multinationals comprise a sizable portion of the major U.S. stock indices – companies that sell burgers, autos, software and other goods and services in hundreds of countries around the world. Some 43% of the revenue of S&P 500 companies in 2016 was generated outside the U.S., according to S&P Dow Jones Indices.

“Some might feel they need to be invested in a certain country. But you don’t have to trade companies you don’t understand to get exposure to foreign economies,” Kinahan says. “You can have a global investing strategy with stocks you already know well.”

How Earnings Season Can Inform

Quarterly U.S. earnings season offers a good opportunity for investors to dive into multinationals’ financial reports and glean insights on how individual companies are performing both at home and abroad, and where growth is happening.

“We can watch how multinationals perform in countries outside the U.S. – Europe and Asia, specifically,” Kinahan says. Earnings reports and CEO remarks during earnings calls might reveal something about the economies of specific countries or regions, he adds.

Investors can listen to the calls and ask themselves, “Does what’s going on in those countries and economies support a bullish view of stocks?” Kinahan says.

A few examples of U.S.-based multinationals that may bear watching during earnings season, Kinahan says, include Coca-Cola (KO), General Motors (GM), McDonald’s (MCD) and Microsoft (MSFT), each of which either reported quarterly results already this week or will.

The following are brief highlights of each company’s non-U.S. businesses, culled from recent financial reports and illustrating the extent to which these U.S. companies are involved in overseas markets. Investors with a global view might want to do a deeper dive into some of these companies’ Q3 results this week to see how they performed outside the U.S. and what trends might be playing out across the Atlantic and Pacific. These results could also provide insight into how economies are doing overseas, which might have even broader implications for U.S. markets.

Like many U.S. multinationals, Coke sells a lot of product in the so-called EMEA - Europe, the Middle East and Africa. For KO, the EMEA region generated revenue of $2.04 billion during the company’s Q2, or 21% of total revenue of $9.7 billion. North American revenue was $2.87 billion.

China, the world’s second-largest economy, is arguably an obvious target for many U.S. companies. GM is among U.S. firms deeply involved there.

GM deliveries of 852,000 vehicles in China set a Q2 record, up 1.6% compared with the same quarter in 2016, the Detroit-based automaker said last quarter. That was led by strong sales of Cadillac and Baojun vehicles. GM China planned to introduce 10 new and refreshed models during the second half of 2017.

The Asia-Pacific, the Middle East and Africa accounted for more than 43% of GM’s automobile sales in Q2, compared with 31% for the U.S.

“All share a similar landscape of unpenetrated growth,” the company said.

While the previous three companies are generally considered more consumer-centric businesses, Microsoft offers glimpses into what and how global businesses are spending on technology, Kinahan says.

Microsoft, which operates in more than 190 countries, develops, licenses and supports a wide range of software products, services, and devices, as well as a growing cloud computing business.

TD Ameritrade, Inc. and all third parties mentioned are separate and unafiliated and are not responsible for each other’s policies and services.

*Earnings analysis and estimates provided by Estimize. Estimize crowdsources earnings and economic estimates from hedge fund, brokerage, independent and amateur analysts. TD Ameritrade does not represent or warrant that the information is accurate, complete, reliable, or current. TD Ameritrade and Estimize are separate and unaffiliated companies.