In Search of the Next FAANGs: How to Evaluate an Up-and-Coming Tech Stock

FAANG stocks and other big-name flyers were, not too long ago, start-ups with no clear path to sustained profitability. If you’re looking for the next potential disruptors, how might you go about assessing candidates? You might want to go beyond traditional fundamental analysis. 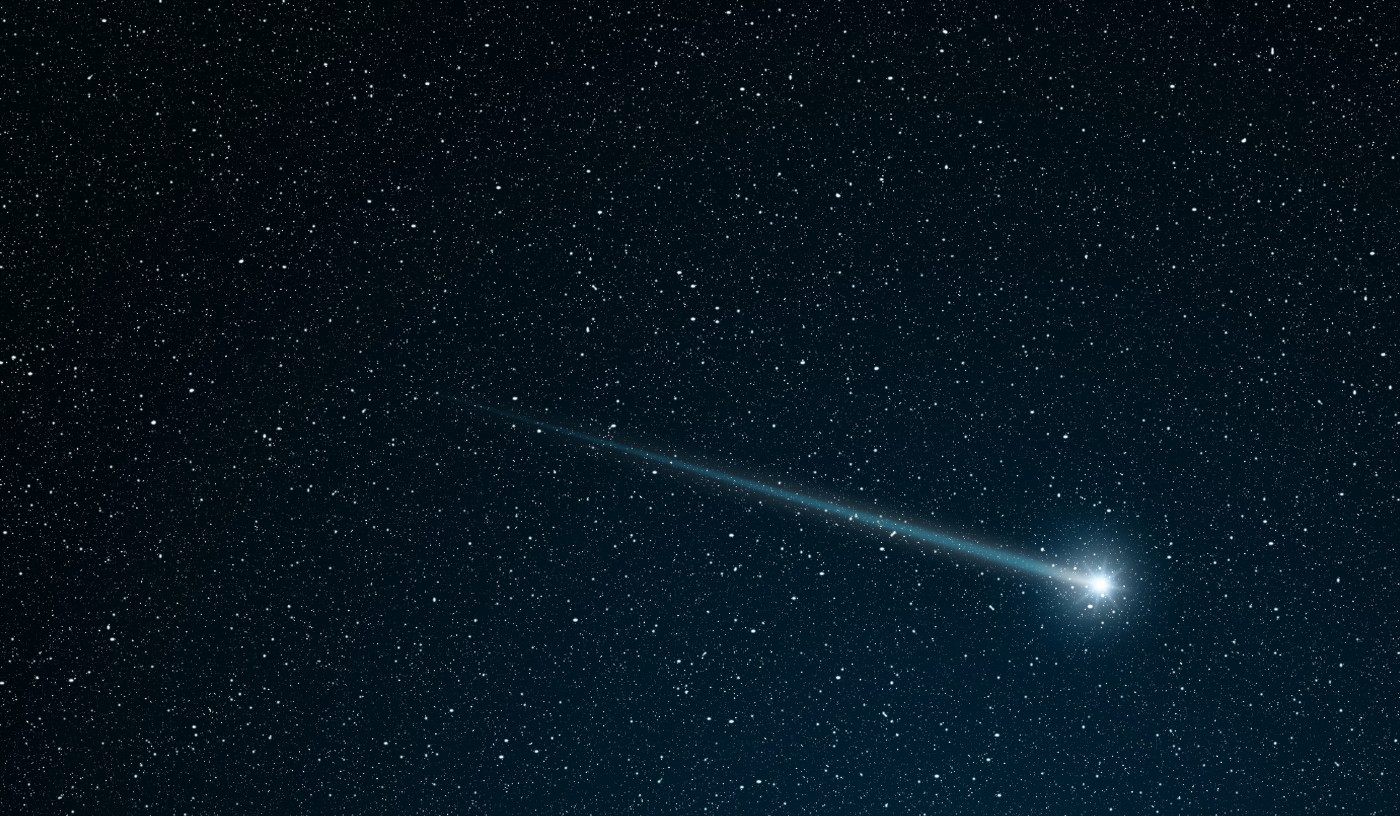 Before Amazon (AMZN) ruled the cloud and e-commerce, it was a fledgling online “bookseller.” Facebook’s (FB) global influence grew from a glorified “chatroom” for college kids. Netflix’s (NFLX) media prowess began as a DVD delivery service. And prior to becoming a tech behemoth, Alphabet’s Google (GOOGL) was just another search engine, something like a digital mash-up between a file clerk and librarian, that gave away its core product for free. And after its personal computing business matured, many saw Apple (AAPL) as having outlived its prime, until it revolutionized the hand-held world, first through its music devices and then through tablets and smartphones.

More than just an acronym for five of the most successful tech companies in the world—Facebook, Apple, Amazon, Netflix, and Google—FAANG stocks serve as a reminder that innovation drives progress, often quickly, and the path from fresh-faced newbie to heavyweight contender can happen in a short time span.

If you’re the type of investor who seeks to snap up the cutting-edge outlier among the more blunt-edged average—in other words, if you aim to find the next FAANG-like companies—then you’re probably wondering how to identify and evaluate such a speculative prospect.

The Risks of Investing in the New

Investing in a budding company with a trailblazing yet untested vision comes with risks. A number of things can go wrong:

If these risks had one common theme, it would be that traditional valuation metrics, such as price-to-earnings, price-to-book or revenue growth might not tell the whole story. How might one go about analyzing companies as you search for the next FAANGs?

Here are a few metrics to consider.

1 - Get a Feel for the Company’s Brand Equity

Brand equity is the manner in which customer perception affects the commercial value of a company’s products and services.

“Like a successful and well-known franchise, a valuable brand name can allow a business to charge higher prices and attract more customers than competitors without the same degree of brand name recognition,” said Michael Kealy, education coach at TD Ameritrade.

According to Kealy, the first two bullet points above can be tricky to assess—it takes a lot of independent and “qualitative” research to see what may or may not be trending across various social media sites, published reports, and industry blogs. To make things a bit more difficult, you might not be able to access relevant info that’s available to industry insiders. And, it’s important to note that information available on social media may not be subject to any fact-checking (meaning it may be unsubstantiated). But the good news is that financial metrics (for publicly traded stocks) are generally accessible to the public.

“Many disruptors typically have high price-to-book (P/B) or price-to-sales (P/S) ratios relative to their industry peers,” said Kealy. This basically means that investors are willing to pay a higher price for a given stock relative to its revenue or book value as compared with other similar companies. “This metric highlights which firms investors are willing to ‘pay up for’ as it also reflects a greater degree of optimism for future results,” Kealy added.

For example, let’s imagine that company HIJ and company XYZ are making relatively the same amount of money (revenue) and have the same net worth (or “book value”) on their balance sheets. If HIJ’s stock is trading at a higher price than XYZ’s, then its price-to-sales and price-to-book ratio is higher. Why might more investors be willing to pay a higher price for HIJ’s stock? Perhaps most investors believe the company is going to rise in value (or be acquired by an even larger company) as compared with XYZ.

Is higher relative valuation a surefire indicator that a new company will succeed? No. But, it may be a strong indication that many investors (or larger investors) are willing to bet on the company’s future prospects.

The rate at which a new company is spending its venture capital is called the “burn rate.” This measure of negative cash flow can tell you how aggressively a company is spending its cash in pursuit of getting its venture off the ground. A company may be paying for its overhead, hiring new employees, or acquiring materials to build its operational infrastructure. Maybe it’s just irresponsibly wasting a lot of cash, what many analysts call “hemorrhaging money.”

As Kealy put it, “growth comes at a price, particularly for new entrants or [entrants] in new industries.” A reasonably high burn rate may be a good metric indicating how much money a company is willing to invest in itself in order to make positive cash flow in the future.

“It’s about spending money in order to make even more money,” he said.

But if the company eventually fails to generate future earnings, then a high burn rate simply means that the company just burned a lot of cash.

Proprietary technologies and patents can be a big deal, especially if you’re looking at biotech companies most of whom are subject to strict regulation and review.

Suppose you were looking to invest in a biotech company that developed, say, gene therapy technologies to combat cancer. You might want to ask yourself where their product stands in the production pipeline. Are they close to Phase III trials, where they’re testing on actual patients to assess effectiveness and safety, or are they still testing for dosage (Phase I) or side-effects (Phase II)?

Also, what role do patents play in sustaining the value of the company and its products? If patents do matter, where are they in the patenting process, and how many of their patents can be converted into viable products?

“The value in assessing intellectual property, particularly patents, is that, it “demonstrates what is termed intangible value, but that carries very real monetary worth for firms that can garner patents and copyrights on their products and/or services,” Kealy said.

Every disruptor has a unique idea or “thesis” behind its products or services. But some industries have stricter protocols for testing, review, approval, and regulation. So when you’re evaluating a company’s product based on a unique idea, be sure to take into account the entire process that follows it to market.

5 - See if They’re Hiring to Expand

Another thing you might want to consider, according to Kealy, is whether a company is experiencing an uncommon growth spurt. And what’s one simple way to pull that off? Check out their job listings.

In other words, is the company hiring to strengthen its base operations or to drive a much larger expansion? Like some of the criteria discussed above, this is a qualitative metric, one that relies on your value judgment and familiarity with a given sector or industry.

Investing in potential disruption isn’t the simplest of tasks. It requires, at least to some degree, a leap of faith, which may or may not fit in with your objectives and risk tolerance. If you do decide to invest, it’s important to periodically assess the company’s progress. At some point, the market will expect a tangible return on investment—the actual “proof in the pudding.” If a company’s progress looks to have stalled, or if it pivots its focus away from the things that initially attracted your attention, it may be time to move on. 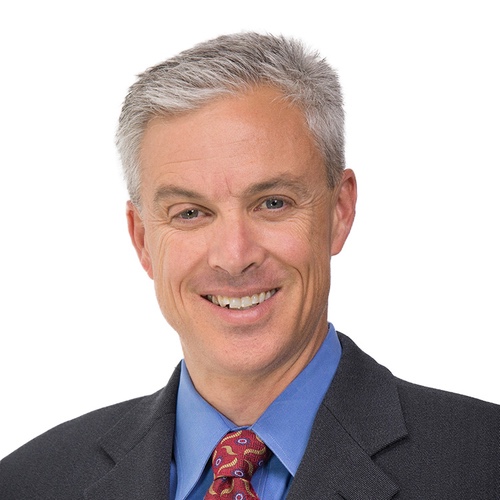