Commercial real estate is enjoying some of its best times in recent history, boosted by a growing economy with rising employment. Will the trend last? 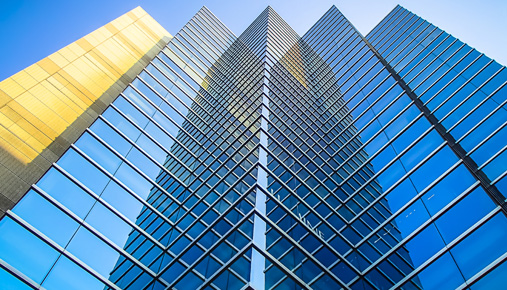 Commercial real estate is enjoying some of its best times in recent history, boosted by a growing economy with rising employment.

That’s seen in several statistical measures of the sector. The Wilshire commercial real estate index, which dates back to 1977, is at its highest level ever as of early April, surpassing the high set in January (see figure 1, below).

Commercial real estate loans are up. As of the fourth quarter of 2015, loans from all commercial banks saw a seasonally adjusted 10.4% rise in the annual rate of the number of loans.

Third quarter 2015 prices rose 10.20% over year-ago values. However, the larger trend for 2015 showed a slight decline in the rate of gain. In the first quarter of 2015, commercial real estate prices rose about 13% over the previous quarter and the second quarter’s annual gain was 10.5%. 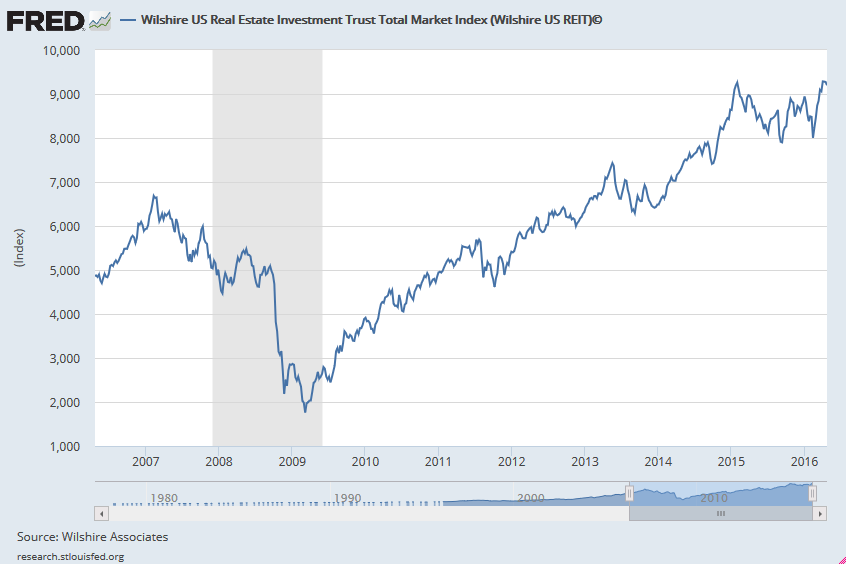 The index recently reached an all-time high above 9,000. Image source: research.stlouisfed.org. Data source: Wilshire Associates. Not a recommendation. For illustrative purposes only. Past performance does not guarantee future results.

Commercial real estate appears to be in strong hands as the delinquency rate is near record lows. According to the St. Louis Federal Reserve Bank, the delinquency rate on commercial real estate loans, excluding farmland, in the fourth quarter of 2015 was 1.06%, the lowest since the second quarter of 2006 (see figure 2), and among the lowest since data gathering began in 1991. 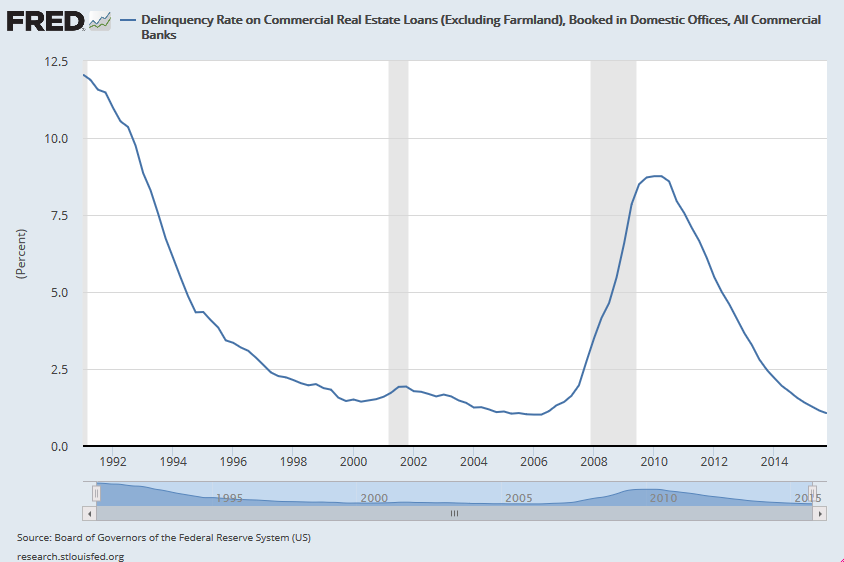 The delinquency rate on commercial real estate loans is trending down near the all-time lows reached before the financial crisis in 2008 and 2009. Image source: research.stlouisfed.org. Data source: Board of Governors of the Federal Reserve System. Not a recommendation. For illustrative purposes only. Past performance does not guarantee future results.

Rents appear to be strong. Citing data from real-estate firm JJL, National Association of Realtors said in its first-quarter commercial real estate outlook research report that rents for large office properties rose 2.2% during the fourth quarter, to $31.26 per square foot, while industrial rents rose 5.6%, to an average of $4.93 per square foot in the fourth quarter.

NAR added that commercial real estate should improve further in 2016 as vacancies continue to fall.

So far weakness in the oil economy isn’t affecting the Texas region. The Dallas Federal Reserve Bank noted growth for commercial real estate loans. These are loans for construction and land development, loans secured by multifamily property, and loans secured by nonfarm, nonresidential real estate. These loans have been a big driver of overall lending.

The commercial real estate market will need to keep an eye on interest rates. Any hikes in rates could hurt the market, while drops in rates could make this segment look attractive. NAR noted that during the fourth quarter of 2015, the interest rate on the 10-year Treasury note averaged 2.2%, higher than the first three quarters.

Even so, the spread between cap rates and 10-year Treasury notes ranged from 450 basis points in large markets to 560 basis points in small markets. “The spread indicates that [commercial real estate] investors continue to enjoy healthy returns in the market,” NAR said.

Retirement planning isn’t a set it-and-forget it proposition. Your plans take thoughtful care, and the help of professionals.

Get the help you may need from a retirement consultant »
Print

TD Ameritrade and all third parties mentioned are separate and unaffiliated, and not responsible for one another's policies, services or content.