Like the changing leaves outdoors, fall signals a change in the historical patterns of the stock market. Learn what the “best six months” has in store. 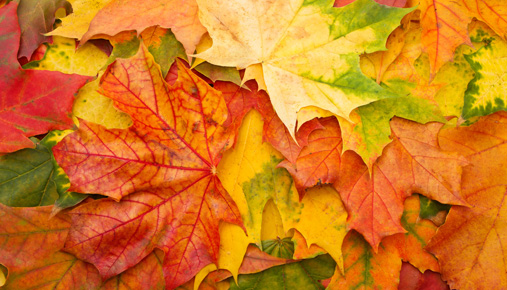 Just as summer fades into fall and winter takes over, the stock market has its "seasons," too. This history has been well-documented seasonal tendency discovered and documented by Yale and Jeffrey Hirsch of Stock Trader's Almanac, and the numbers back it up.

In the past 66 years (from April 1950 to April 2016), the November to April period has produced an average gain of 7.4% in the Dow Jones Industrial Average (DJIA). This compares to an average gain of 0.4% from May to October, says Jeff Hirsch, editor of Stock Trader's Almanac.

This has been a relatively new seasonal pattern for the stock market—it took hold after World War II. Before the war, agricultural trends played a significant role in the ebb and flow of the U.S. economy and stock market.

"The world is a much different place now than 100-plus years ago," Hirsch notes.

Prior to about 1950, farming was a major portion of the U.S. economy, and its influence on the market is startling. Hirsch crunched the numbers and found:

Why, you may ask? "Planting, sowing, reaping, and harvesting. As crops were planted and then brought to market and sold, cash began to move and so did the stock market," Hirsch explains.

But times change. Agriculture’s share of GDP began to shrink after World War II, as industrialization created a growing middle class that moved to the suburbs, where hard-earned salaries would be spent filling new homes with all the modern conveniences we now take for granted, Hirsch says.

"Farming became more efficient and fewer people worked on the farm. Suddenly, summer was less about the hard work of harvesting crops and more about vacations and relaxing. As the economy evolved and daily life changed, the market evolved. June and August went from being top-performing months to bottom-performing months. August went from number 1 to number 10 from 1950 to 2015, with an average DJIA loss of 0.1%. June went from number 4 to number 11, a -0.3% average loss. The shift in DJIA’s seasonal pattern is clear," Hirsch says.

How Can Awareness of Prior Seasonal Patterns Help?

Awareness can be beneficial in several ways, Hirsch says. "On an annual basis, having a long or risk on bias in the best six months and a short or risk-off bias in the worst six months helps to increase and preserve capital while protecting a portfolio during the most volatile and risky periods during the year most prone to large declines," Hirsch says.

This pattern from the past may or may not hold, but if it does, this year's best six months will be host to the presidential election, which also exerts an influence on the seasonal pattern. "The November to April period was still strong in election years, but the worst six months, from May to October, was not as weak and has the potential to be positively impacted by usual bullish election-year forces," Hirsch notes.

The Donkey or the Elephant

Depending on who wins the election, different scenarios are likely to arise. "I suspect the market will perform better under the Clinton known entity. Trump, an unknown with no track record in politics, has run an unorthodox campaign, successfully. This uncertainty and his brash nature are unsettling on Wall Street," Hirsch says.

If Trump were to win the White House, utilities, telecom, staples, and “defensive” sectors are likely winners, Hirsch says. "His focus on the military bodes well for defense contractors Lockheed Martin [LMT], United Technologies [UTX], General Dynamics [GD], and the like."

On the flip side, "Clinton’s long, well-defined history and traditional campaign indicates she’ll not be a disruptive force and may continue many current policies. She lambasted drug pricing, so biotech and pharmaceuticals could struggle. But expect health care, financials, and consumer sectors to continue to be strong performers," Hirsch said.

Hirsch creates specific buy and sell recommendations for a switching strategy to capitalize on the best six months phenomenon. "One way to execute our switching strategy, the in-or-out approach as we like to refer to it, involves simply switching capital between stocks and cash or bonds," Hirsch says.

"It comes with the added advantage of half the risk, or less, of a buy-and-hold approach. Of further benefit, you’ll probably find summertime vacations and activities much more enjoyable because you’ll not be concerned with stock market gyrations while your nest egg is parked in the safety of cash or bonds," Hirsch concludes.

Past performance of any security or strategy does not guarantee future results. Investors should consider many factors beyond just apparent seasonal trends before making an investment decision.

The Stock Traders Almanac and its editors are separate from and not affiliated with TD Ameritrade, which is not responsible for their services, policies, research, or comments.